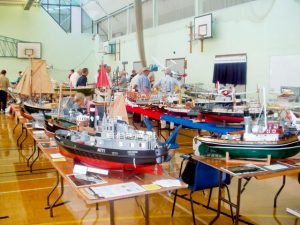 In 1990 Vic Ward stood down to be replaced as Scale Section Captain by David Boothroyd whose recent accomplishments had included demonstrating the club’s first submarine. There was an increased emphasis on displaying the scale models at various events. In 1991 the Club had a stand at the first “Modelex” Exhibition held at Thorndean School, Eastleigh, and organised by the Itchen Valley Rotary Club. From 1996 this became Model World, a very large event which transferred to Mountbatten School, Romsey and continued until 2007. 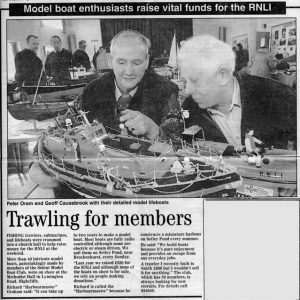 In 1992 the Club’s annual Highcliffe Show, established in 1988 at the Community Centre, moved to the Methodist Hall on the main shopping street where it was held in collaboration with the local RNLI Branch. The Evening Echo report for the 1996 show is illustrated here.

Joint activities with other clubs which also started during the early 1990s included participation in an annual exhibition at Marwell Zoo, organised by Eastleigh Model Boat Club, and an annual visit to a model boat display organised by Poole Radio Yacht Club. The latter coincided with the Vintage Model Yacht Group visiting Poole and was to lead to annual visits by the VMYG  to Setley. 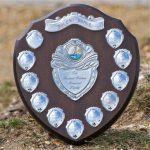 In 1995 a Steering Competition, organised by John Frost, was held as an evening “family event” and proved popular. Two evening competitions were held the next year and they became an established feature of the Club calendar. Richard Graham, who contributed the steering obstacles and acted as time keeper, passed away in July 1998 and is commemorated by one of the Steering Competition trophies.

Solent Radio Controlled Model Yacht Club Home Page > 1990’s – the Scale Section matures
We use cookies to ensure that we give you the best experience on our website. If you continue to use this site we will assume that you are happy with it.Ok