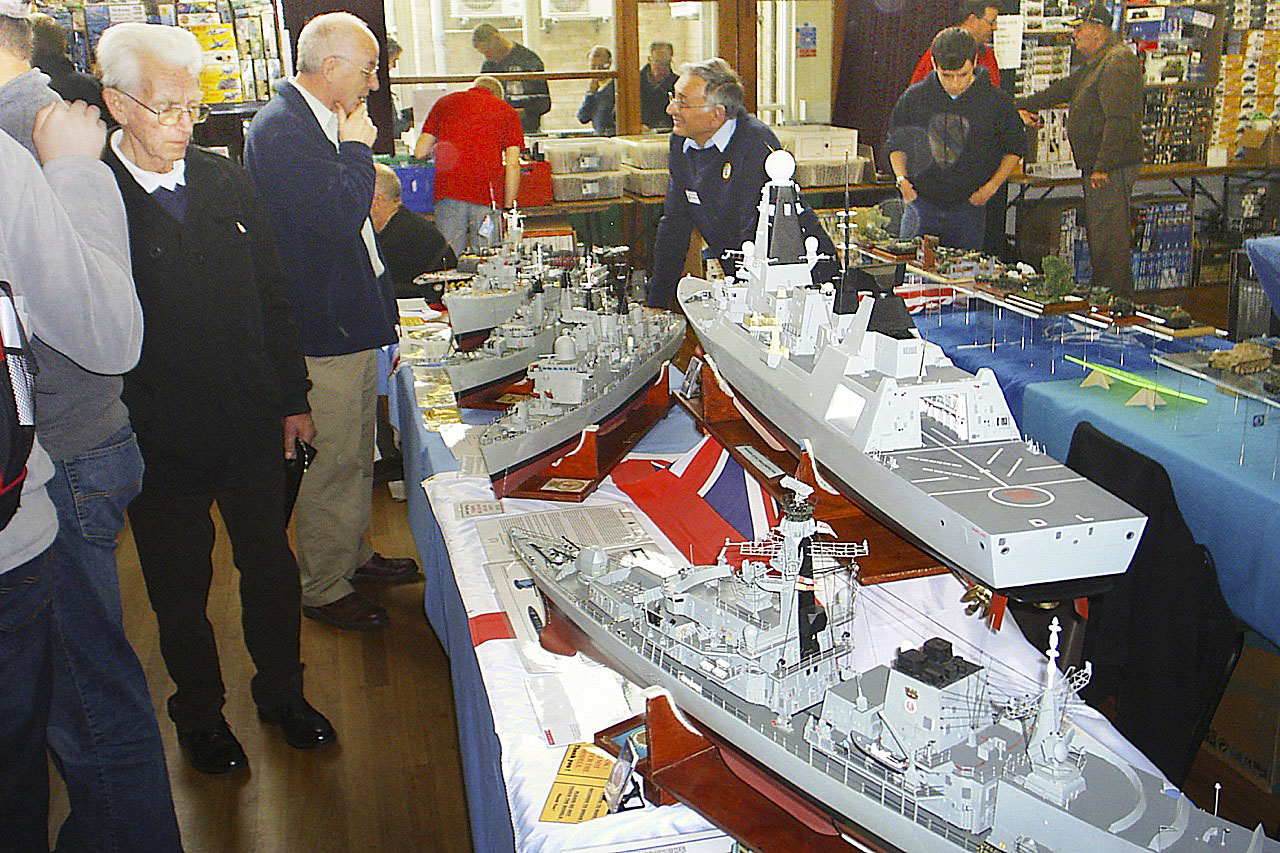 As Solent RCMBC and “Surface Warship Association” members, John Edwards and myself attended the Poole Vikings Model Show, held on Saturday 14th April at the Parkstone Grammar School in Poole, show for the third year running. We put on a display consisting of 11 warships ranging from a WW1 minesweeper to the latest type 45 destroyer. The show is primarily for plastic kit modellers and was attended by many model clubs and traders from all over the South of England from Kent to Corwall. Despite poor weather the show attracted a lot of visitors of all ages and was very was busy all day. The warship models were well received and many visitors were surprised at the size and detail achieved by our scratchbuilding, we received many complimentary comments during the day. At the end of the day no one was more surprised then me to be awarded “The Carol Lowe Memorial Trophy” for the most outstanding modeller in the show …it was a great end to a very enjoyable day. (David McNair-Taylor) 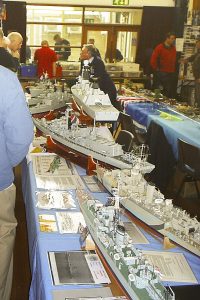 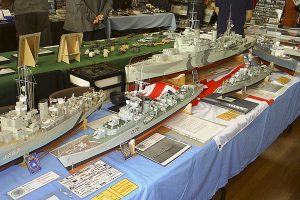 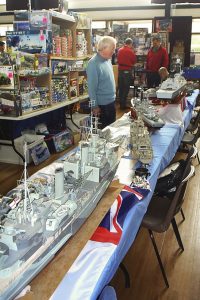 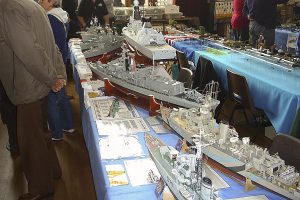 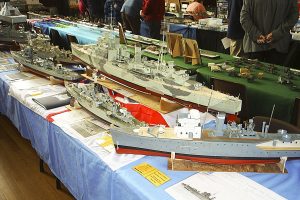 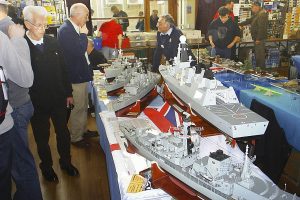 Solent Radio Control Model Boat Club Home Page > Scale Events > Scale Events 2012 > Poole Vikings Model Show
We use cookies to ensure that we give you the best experience on our website. If you continue to use this site we will assume that you are happy with it.Ok