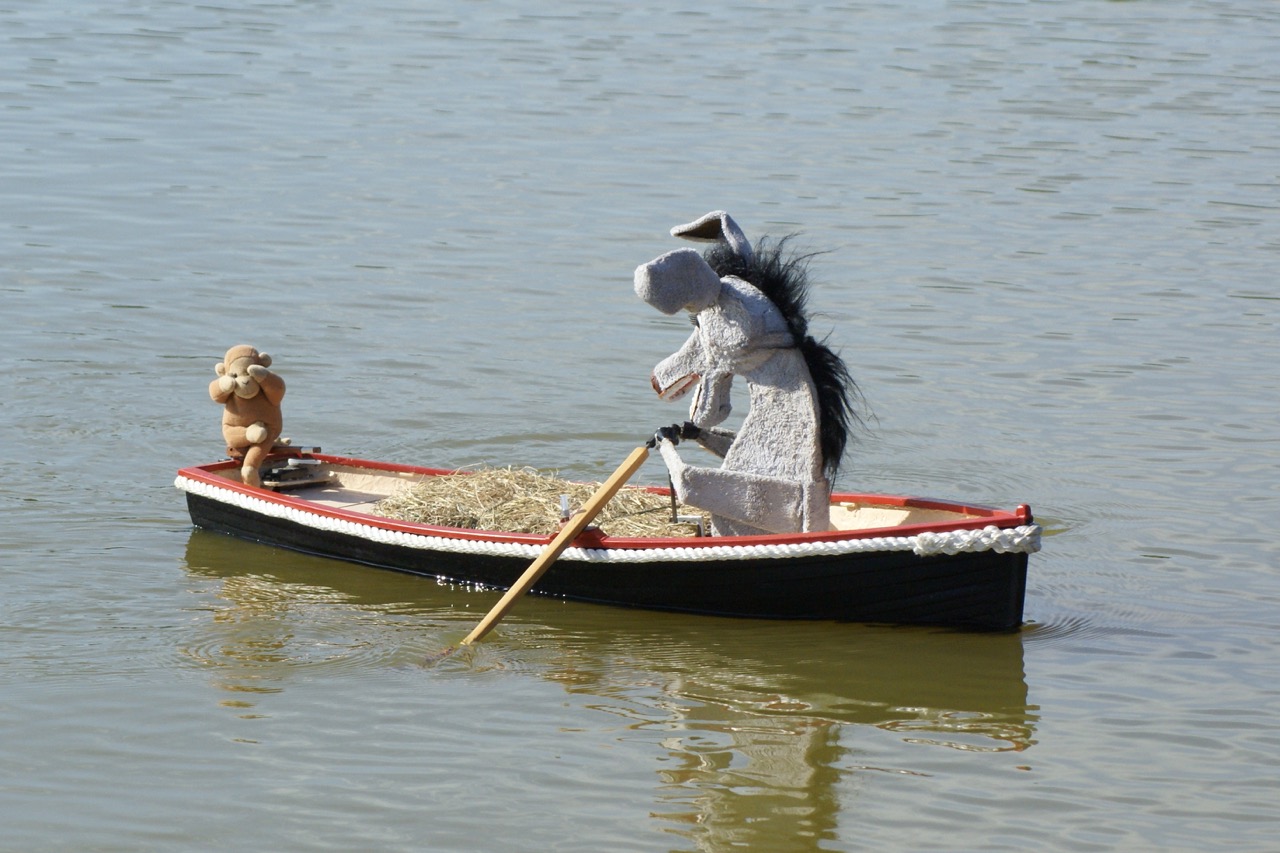 “Donk” and “Monk” have been shopping for food and Donk is rowing them home. Monk is steering by sitting on the tiller, but doesn’t like to see where he’s going! The model was built by Mike Sheppard, a “friend” of the Club, and is now owned by Peter Taylor (who at least provided the hay!).
[Other models of Peter Taylor]   [other “Unusual” Models]