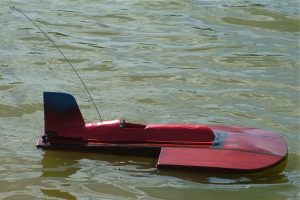 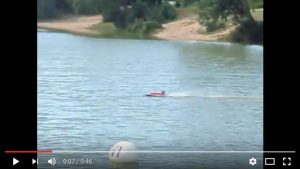 Ray Hellicar’s classic wooden Shovel Nose Hydroplane model which Alan Bond has christened “Stradivarious” due to its resemblance to a violin.