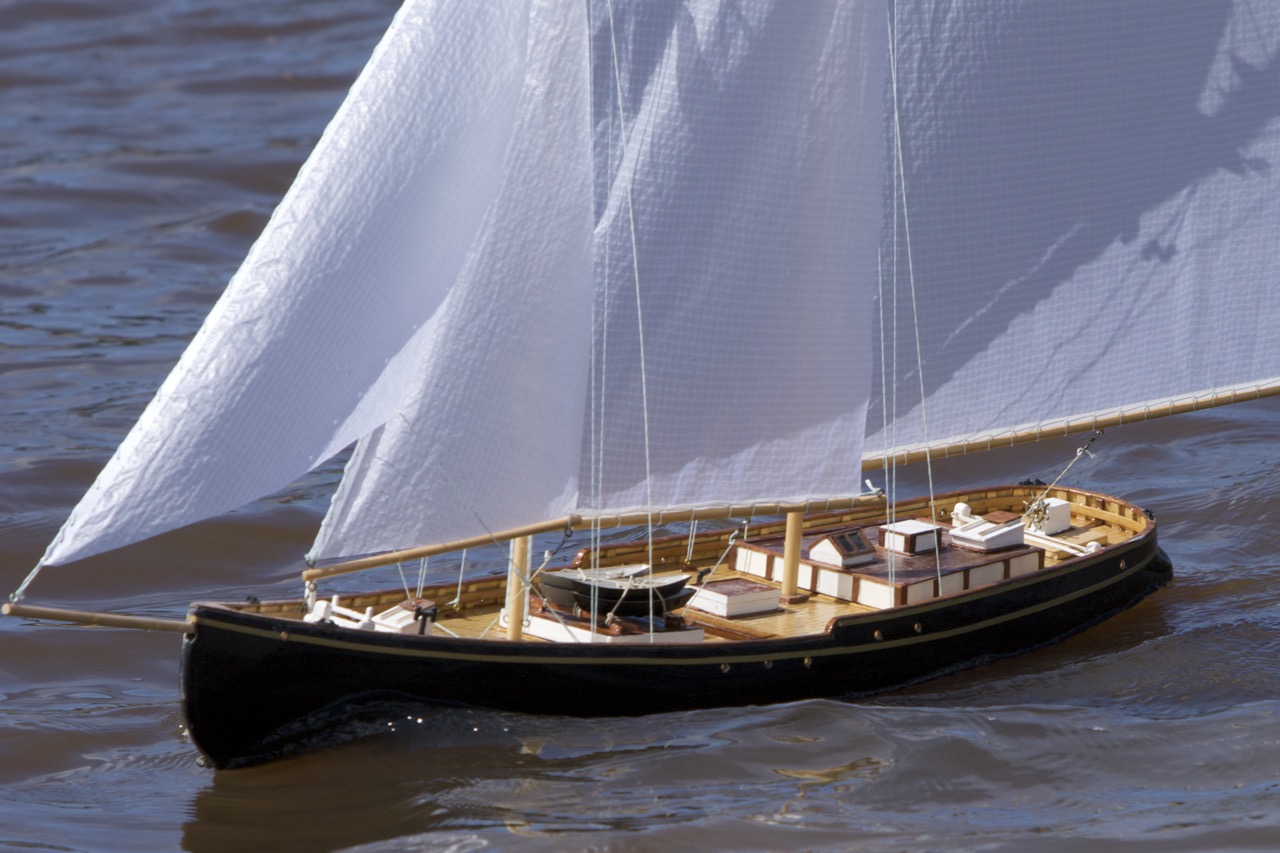 The Bluenose was a famous Grand Banks Schooners were fishing vessel operating in the sea area off Nova Scotia, Canada.  Perhaps the most famous was “Bluenose”. The photos actually show two models constructed by Reg Radley  as “Grand Banks Schooners”.

[Other models of Reg Radley]    [other Sailing Ship Models] 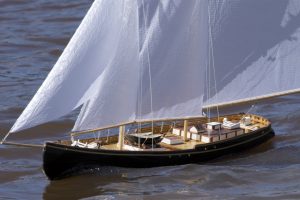 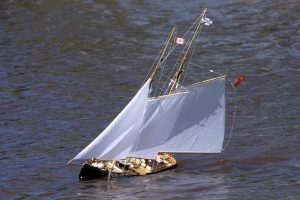 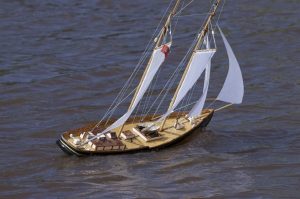 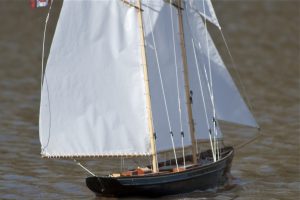 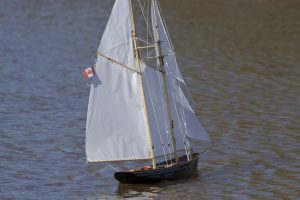 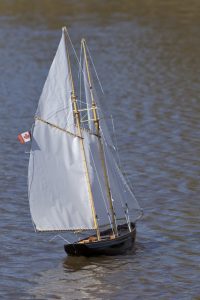 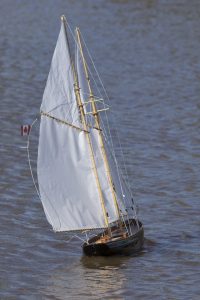 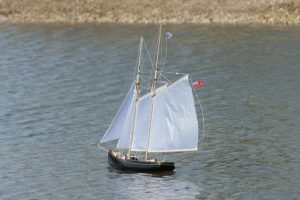 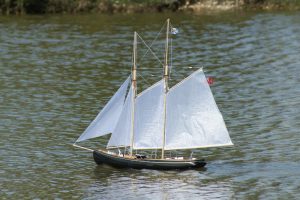 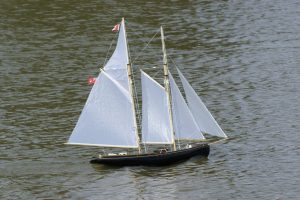 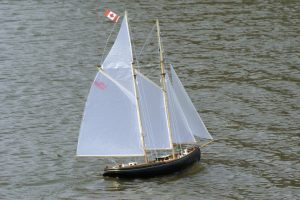 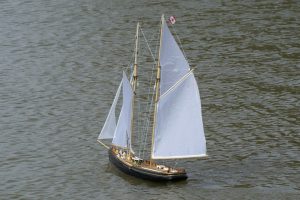 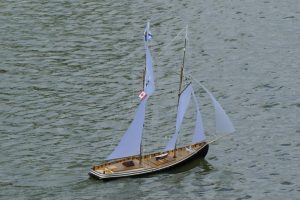 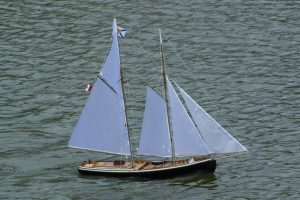 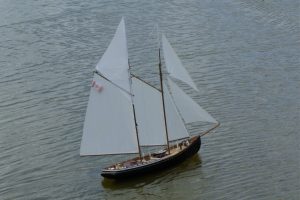 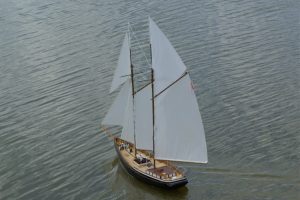 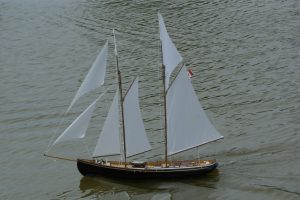 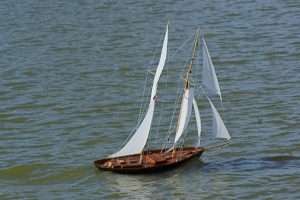 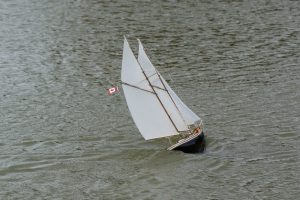 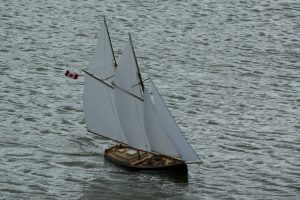 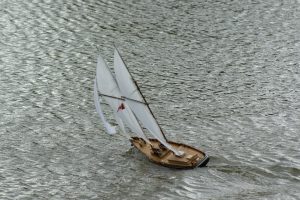 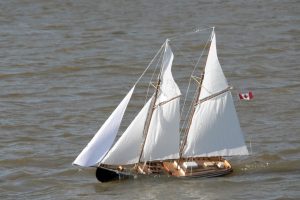 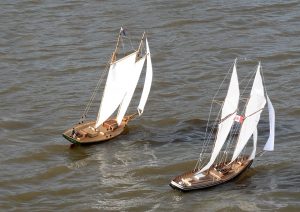 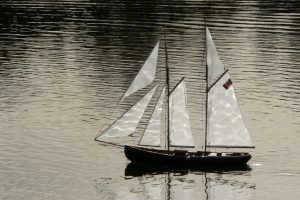