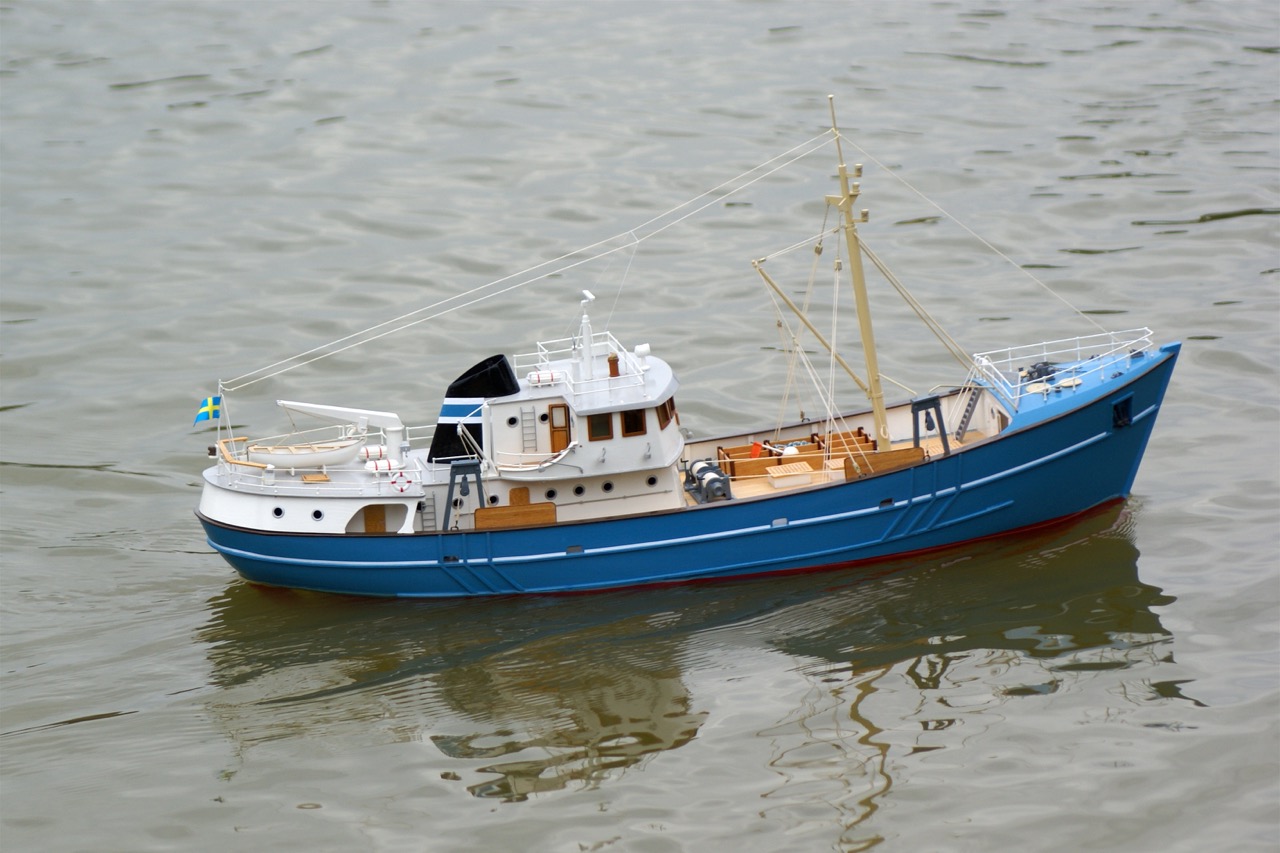 The Nordkap was built in 1970 for the Swedish fishing fleet by Brooke Marine at Lake Lothing, Lowestoft, Suffolk, England. Originally (1911) based at Oulton Broad, and most well known for their Naval work during WW2, their first orders from the new Lake Lothing yard (opened 1955) were fishing trawlers for the Russian Government.

Model: John Branson… “A ‘Billings’ Plank on Frame Kit of a Swedish North Sea Trawler in 1983, built originally as a display model. It stood on my office desk for many years before I decided to motorise it. This seemed like a good idea, however ‘Big Hands in Small Spaces’ gave many problems. Perseverance won and since that time it has given many hour of sailing pleasure. Still in its original paint!” 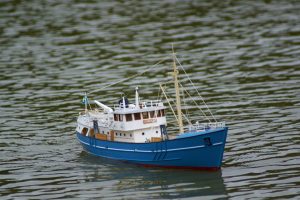 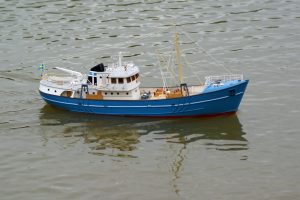 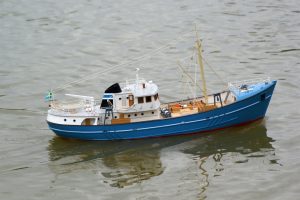