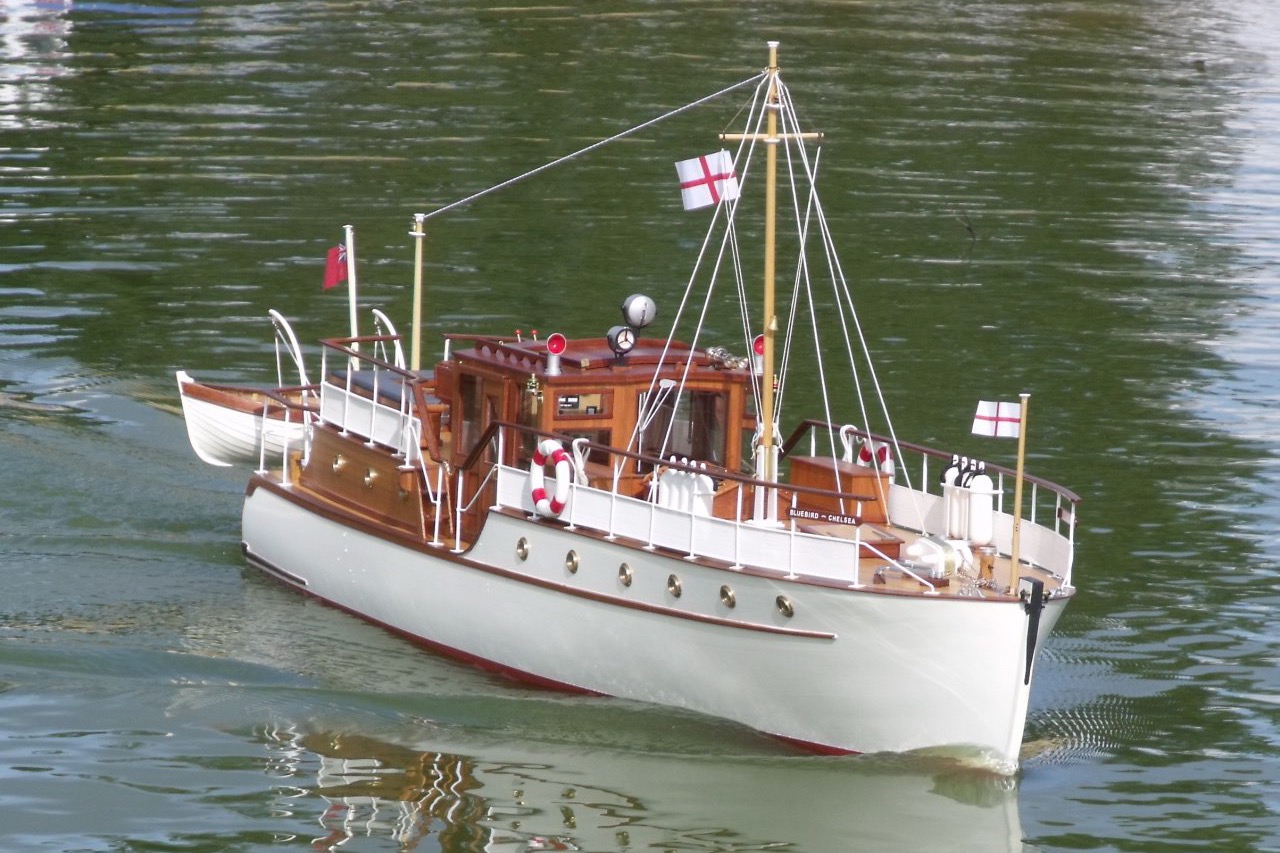 Built in 1931 by Thornycrofts for Sir Malcolm Campbell, she was originally named Bluebird; Bluebird of Chelsea is her present name. Painstakingly built from plans, even the folding dining table on the aft deck works – and has mortice & tenon joints! Model: Allan Read.

[Other models of Allan Read]    [other Cabin Cruiser Models] 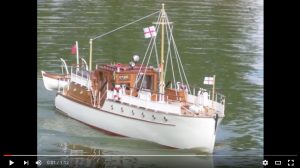 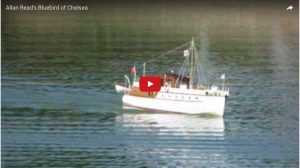 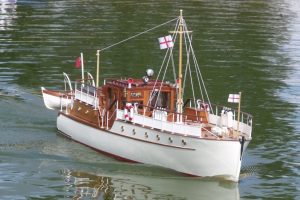 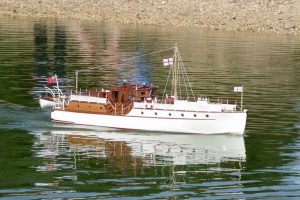 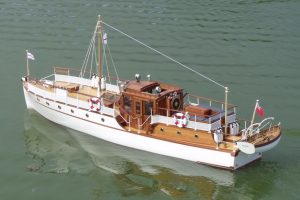 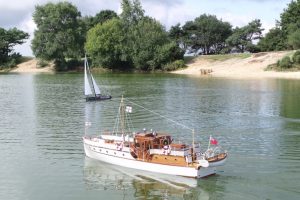 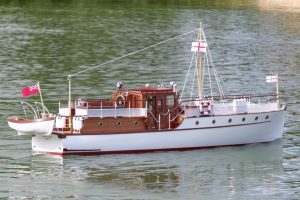 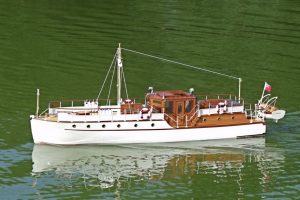