Warship and Lifeboat Display at The South West Model Show 2018

Five members of the Solent RCMBC club together with two guest members of the Surface Warship Association attended the first of the 2018 South West Model Shows at the Bovington Tank Museum on 10th and 11th February and put on a display of 4 model lifeboats and 12 warships. We had two very busy and long days with lots of visitors despite the wet weather. 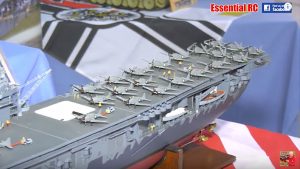 Click to view Dominic Mitchell’s video of the show

The exhibitors at the show comprised mainly members of the International Plastic Modellers Society, and Model clubs with displays of tanks, planes,ships and figures. There were also quite a few trade stands and amongst them was “Scalewarship” manned by Club members John Wills and Alan Bond selling their modelling products and electronics.

Dom Mitchell was also attending the show and has produced one of his excellent you tube videos of the display (click to view) and there is also a short video of the SRCMBC display by Penny Coombs which you can view below as well as some photographs, David McNair-Taylor. 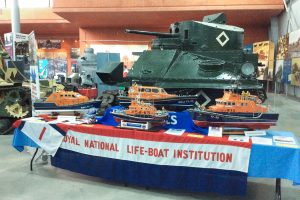 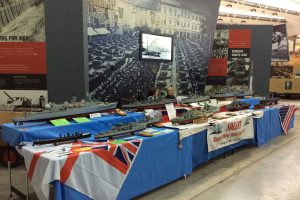 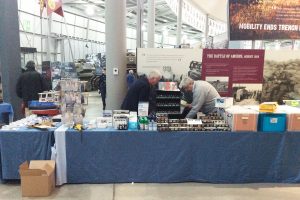 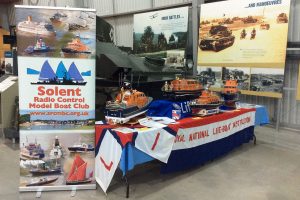 Solent Radio Control Model Boat Club Home Page > Scale Events > Scale Events 2018 > Warship and Lifeboat Display at The South West Model Show 2018
We use cookies to ensure that we give you the best experience on our website. If you continue to use this site we will assume that you are happy with it.Ok