About Setley Pond How Deep is the Pond? 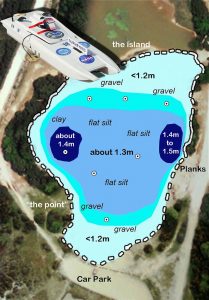 The depth of Setley pond was surveyed using a model boat equipped with an echo sounder and satellite navigation. The bottom was found to be remarkably flat with typically (in April 2011) about 1.3m water above the top of the mud, silt, or gravel. The deepest area of about 1.5m was near to and south of the planks on the western bank. At the time of the survey the water level was just lapping over the “island” (see below). 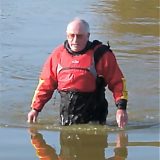 The survey results were confirmed by wading in the pond in October, 2011, when the water level was low. Apart from where the bottom is gravel, wading in the pond is hard work due to the thick mud and silt. The following diagrams illustrate how the pond depth varies with time.

End of a Dry Summer: The depth of the pond in October 2011 when the wading movie was made and the water level was low. The photos show what the pond looks like with the water at this level. At this time, the area south of the island is a muddy marsh with hardy any water. 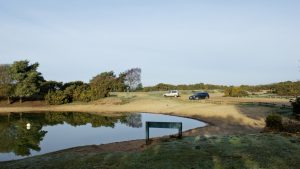 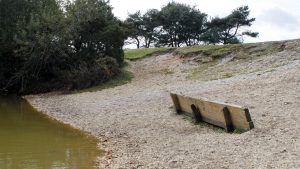 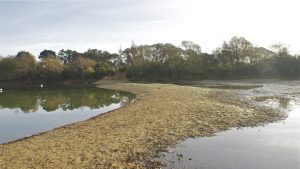 Typical “Deep” Pond Level: For example, the depth of the pond in April 2011 when the echo sounder survey was carried out. The water was just lapping over the highest part of the “island” and only a few cm of the planks was visible above the water surface.  There is a small amount of “beach” at the car park end of the pond (photo is Boxing Day, 2013). 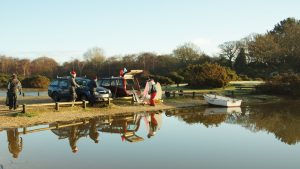 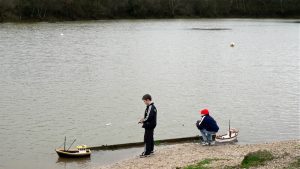 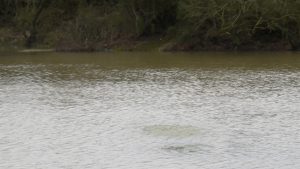 Pond “full”: Sometimes, by late winter the water laps the edge of, or even enters, the car park. At these times much of the pond is 2m deep or more. The island and the planks are well under water and the pond’s cormorant has to perch on one of the buoys! 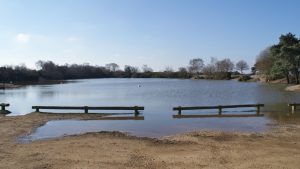 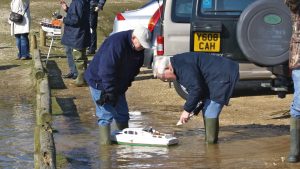 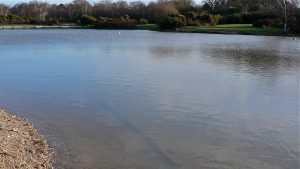 In some years the water has flooded the car park. At these times most of the pond is well over 2m deep. This photo provided by Club Member Reg Radley is the view from the pond north across the car park! In 2001 the pond was dubbed “Setley-on-Sea” by one member!

Solent Radio Controlled Model Yacht Club Home Page > How Deep is Setley Pond?
We use cookies to ensure that we give you the best experience on our website. If you continue to use this site we will assume that you are happy with it.Ok