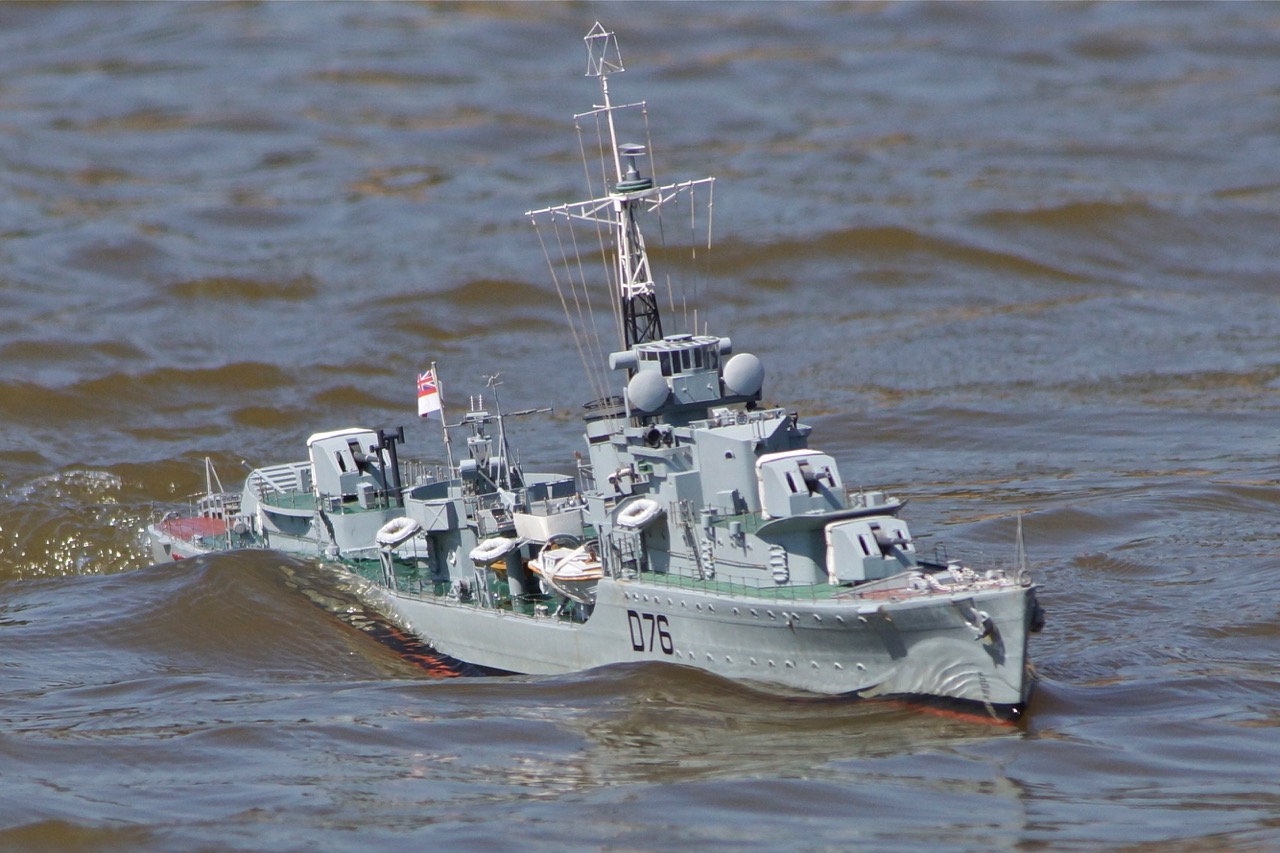 HMS Consort was one of a large number of destroyers constructed under emergency war programmes, and this class of “Ca”, “Co” and “Ch” ships, were quite heavily armed, and had various configurations of weaponry. HMS Cavalier, which is preserved at Chatham Dockyard, is the last one to survive in this country.

Consort herself, was built by Alexander Stephen and Sons(Clydebank). She was completed 19/3/46, details as follows:

HMS Consort is most famous for her action on the Yangtse River against the Chinese People’s Liberation Army, when she went to the aid of the beleaguered HMS Amethyst. Travelling from Nanking on April 19th 1949 on a deserted river at around 29 knots, she must have been an amazing sight. As she neared Amethyst, she too came under fire, and being at action stations blazed away, very successfully, with everything she’d got and did much damage in the process. Three attempts were made to get close enough to pass a tow to the frigate, but as vital parts of Consort began to be hit and with casualties mounting up (she lost 10 dead and many injured), she was forced to retire. Was the reason for Amethyst’s one hundred days captivity, revenge for damage done by Consort to the shore batteries of the Chinese People’s Liberation Army?

This scratch-built model was begun just before Christmas 2008, using original ship-builder plans and is to a scale of 1/8th inch to 1 ft. 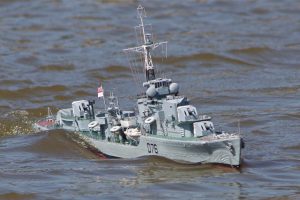 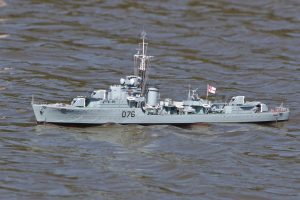 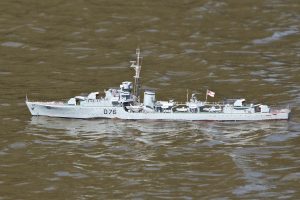 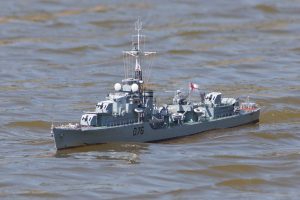 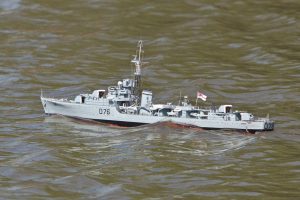 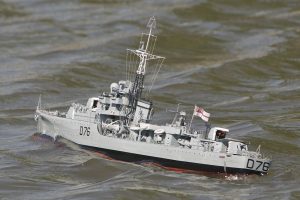 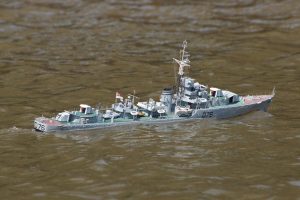 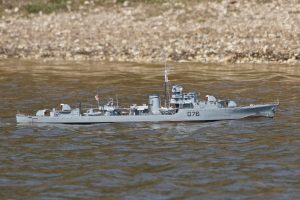 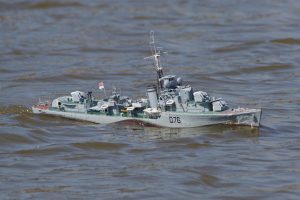