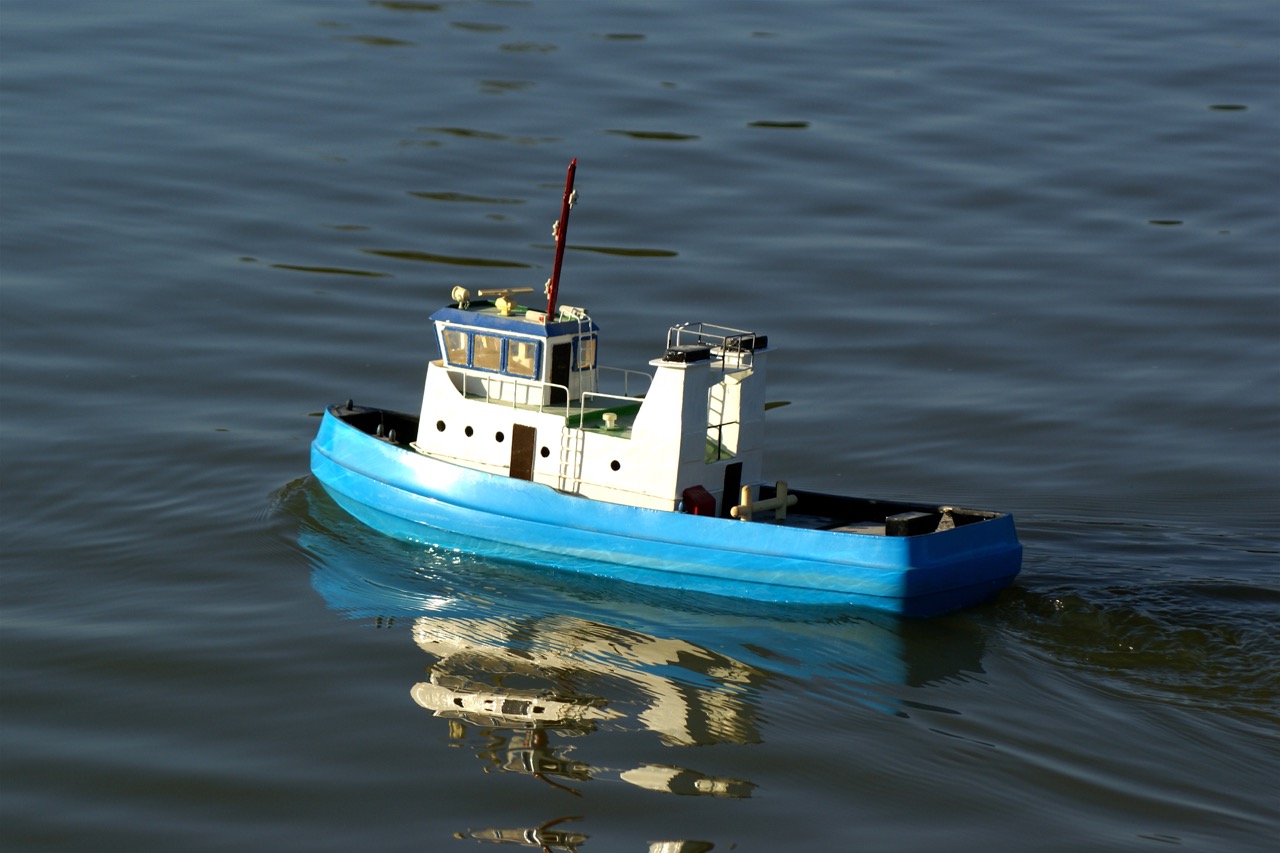 “This is my Kingston Mouldings “Dutch harbour tug”, 29″x9″. It has a 545 motor with direct drive turning a 50mm three-bladed brass prop, and a 6v 4amp lead acid battery. Working lights and radar to my own design switched on by “push on – push off” switches mounted under mushroom vents on the top deck. Radar speed can be regulated by use of a potentiometer. When photographed it still needed slight paintwork and a few fittings to finish.”

[Other models of Chris Chattaway]    [other Tug Models] 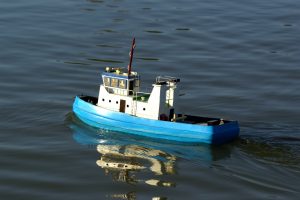 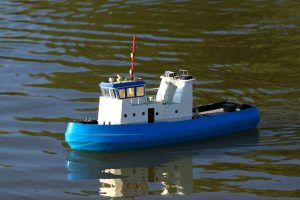