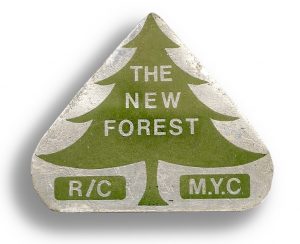 Organised model boating at Setley Pond started in 1972 with the formation of the New Forest Model Yacht Club. During the following years the pond was dredged and a launching quay built on the western shore using planks. However during dry summers the area of Setley Pond deep enough for racing often became very restricted and in 1978 the New Forest Club moved to the larger and deeper Snails Lake near Ringwood.

The steep banks and deep water at Snails Lake was not to everyone’s liking and some previous members of the New Forest Club stayed at, or returned to Setley Pond leading to the formation of the Solent Radio Controlled Model Yacht Club in 1978.

Although the purpose of the Solent RCMYC was yacht racing, there was also a desire to use scale model boats at Setley Pond and in 1980 a “Scale Section” was formed. Since then the yacht racing and scale sections of the SRCMYC have run in parallel, using the pond on different days. In recent years the Scale Section has adopted the name Solent Radio Control Model Boat Club to emphasise the use of motor boats as well as yachts.

Acknowledgements: the “Club History” web pages are mainly based on articles in old “Model Boats” magazines and old news letters and other documents preserved in the scale section archive. Club members Graham Coombs, Ken Dyer, David Edwards, and David McNair-Taylor have all made material available. If you can add or correct information please email me ( info@srcmbc.org.uk ).