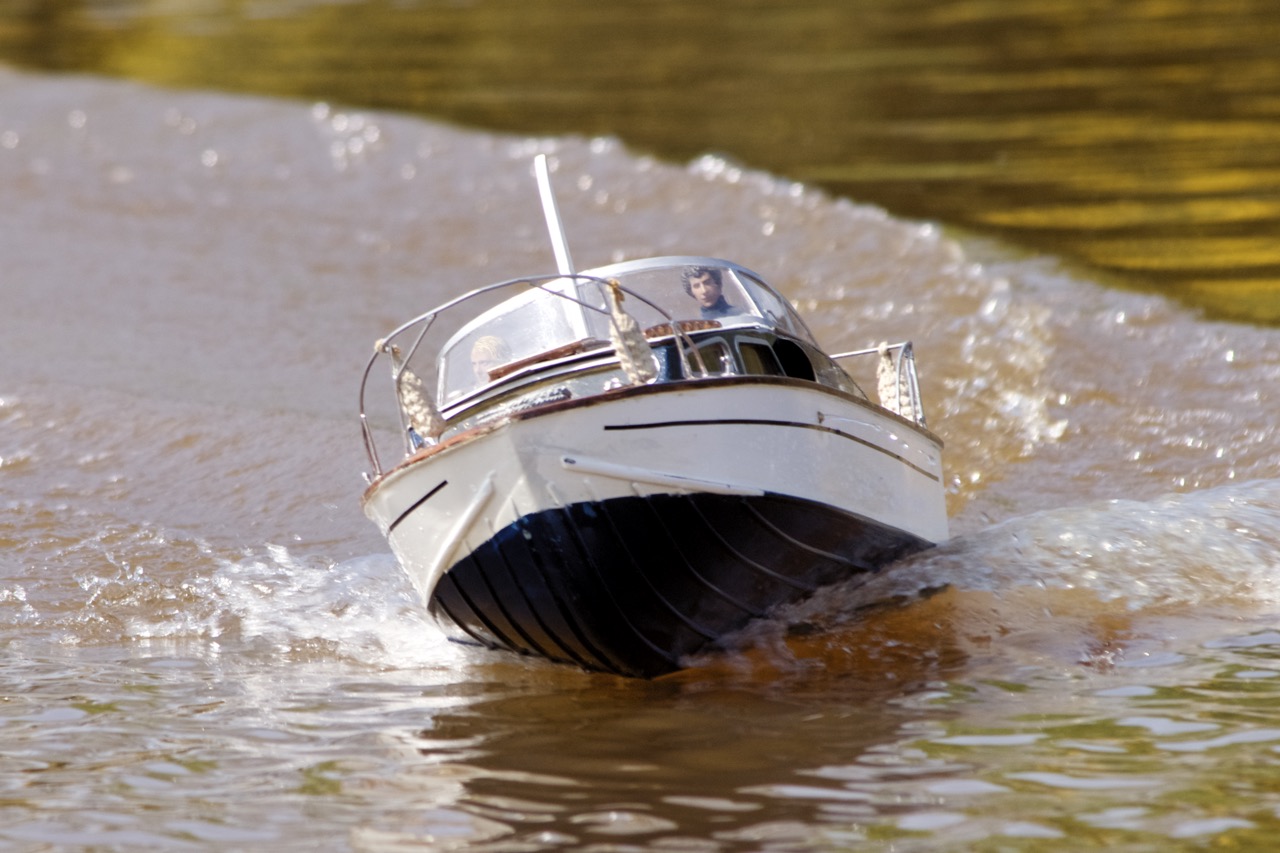 The Swordsman was a classic Fairey Marine fast Cabin Cruiser. This was the largest of the production boats built by Fairey Marine. Initially 33′ long and with a beam of 11′ 5″, they came in either an aft cabin or open cockpit version. Like the Huntress and Huntsman 28 they were also available in kit form or as a hull only if required. In the middle of the production Faireys introduced an upgraded version called the Super Swordsman along with 4 stretched versions at 38′ and 42′ in length.Model: Ken Carter.

Ken’s comments: “An original Aerokits model I built forty years ago, it was fitted with a Taycol wound field double special motor supplied from a 12v 7ah sealed lead acid battery. After taking advice from the clubs resident speed merchant (thanks Ray) I have fitted a Graupner speed 700 turbo 9.6 motor turning a 35mm two bladed prop supplied from 10 3700mah NiMH cells. Performance is now more scale like. I have now started a rolling refit to try and improve the models appearance Including cockpit detail and individual planked decks. Some may recognise the driver and passenger they are Starsky and Hutch.”

[Other models of Ken Carter]    [other Cabin Cruiser Models] 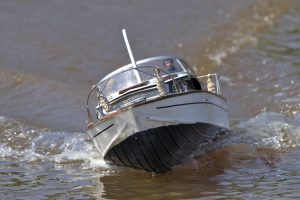 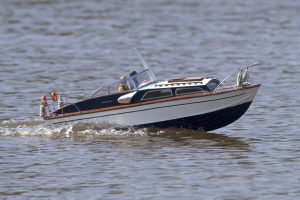 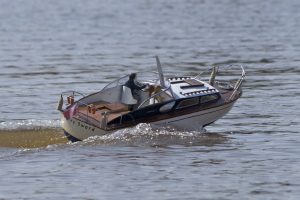 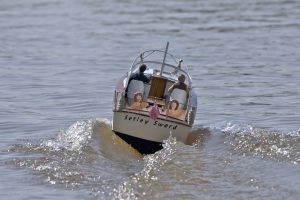 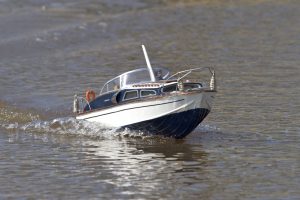 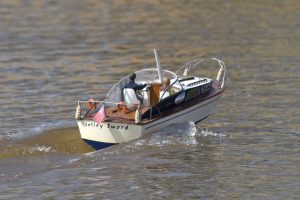 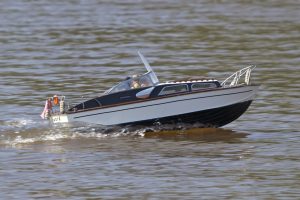 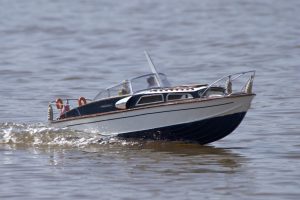 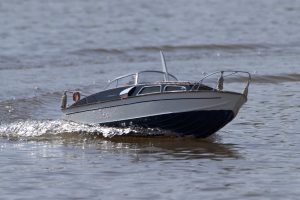 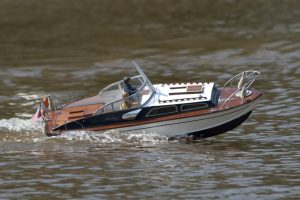 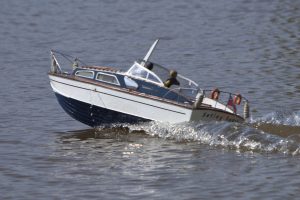 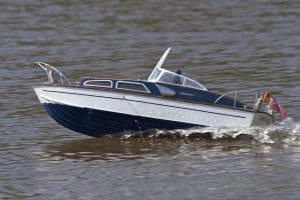 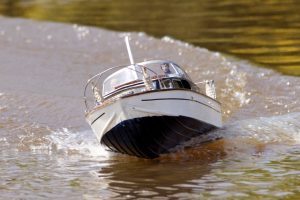 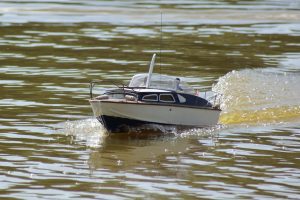 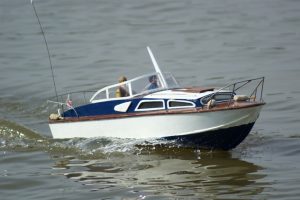 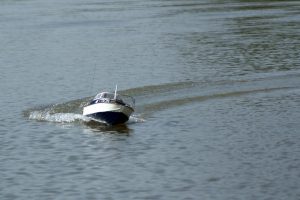 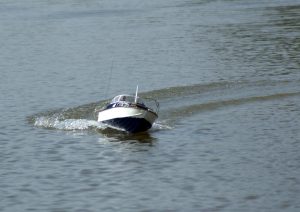 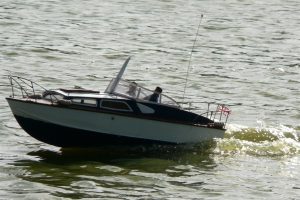 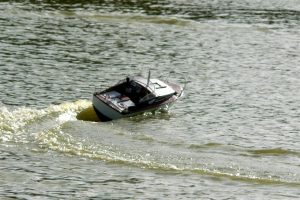 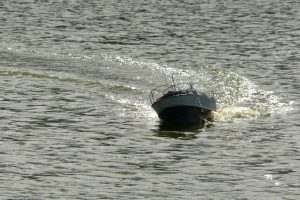 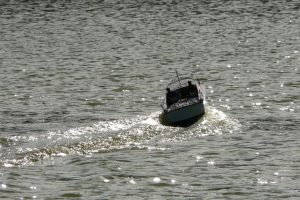 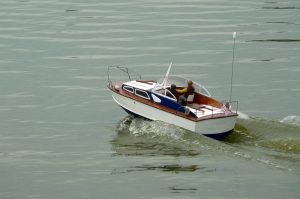