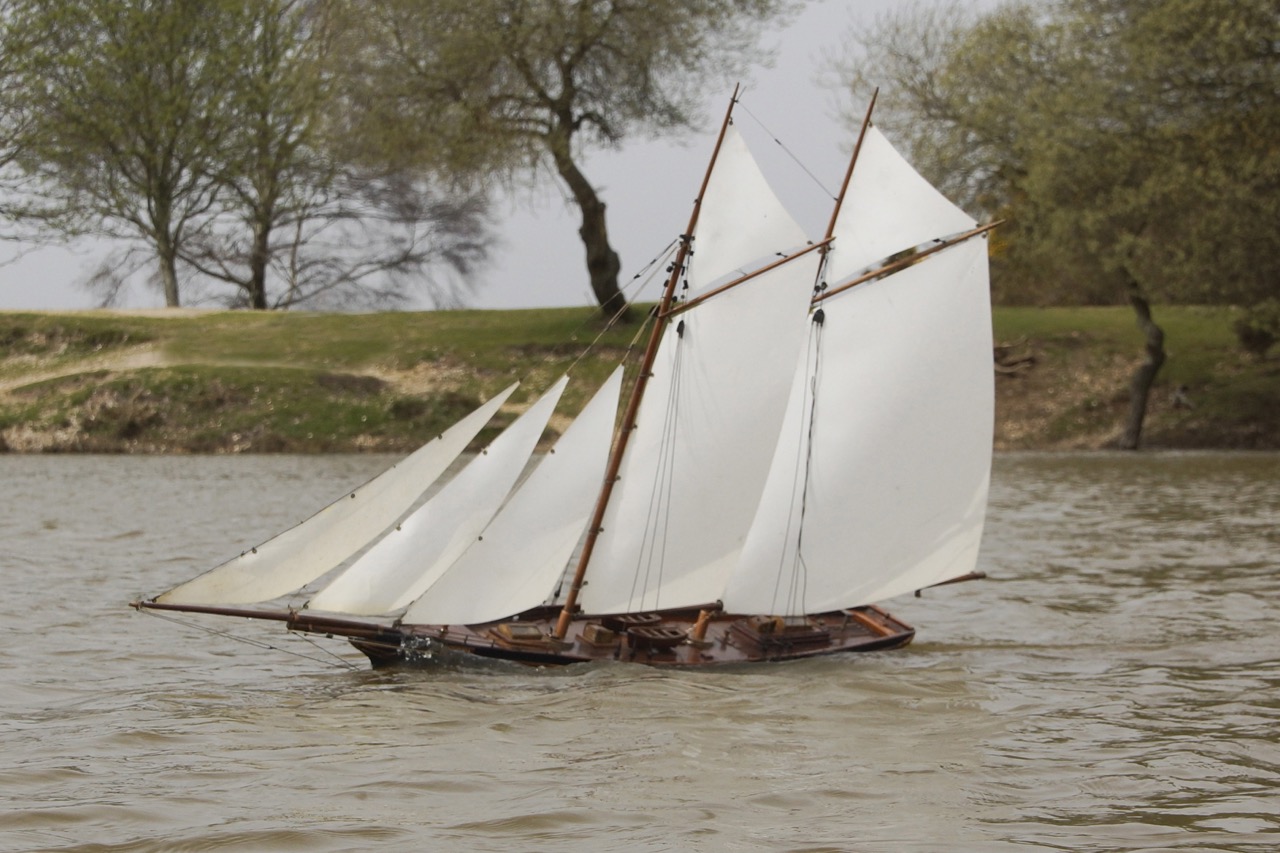 British challenger for the America’s Cup in 1871. The model is contemporary to the original being 130 years old and built as a pond yacht by David Edwards’s great-grandfather. Model: David Edwards.

The Livonia was built for James Lloyd Ashbury. The Ashbury Railway Carriage and Iron Company Ltd had apparently sold much track to the Russian province of Livonia, hence the yachts name. Built in Cowes, Livonia was sailed across the Atlantic to compete in the Americas Cup races. Livonia was styled on the lines of Sappho which, together with Columbia, were inspired by the original “America”. Hence Livonia and Columbia were quite similar in looks. 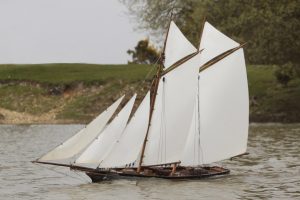 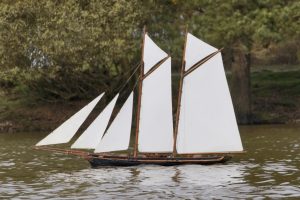 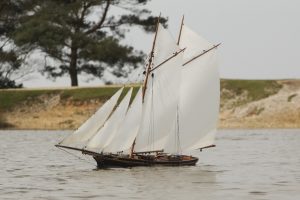 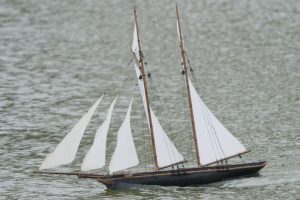 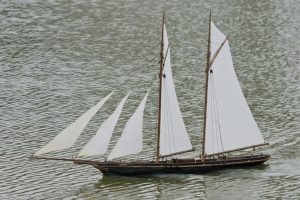 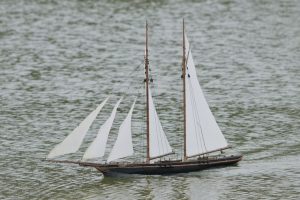 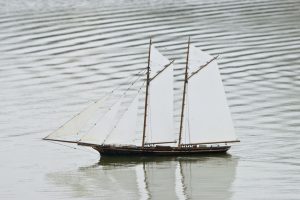 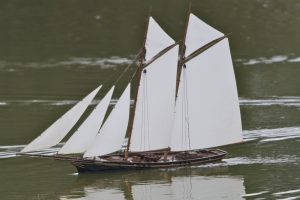 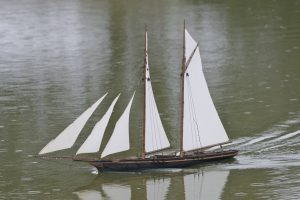 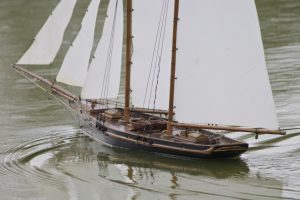 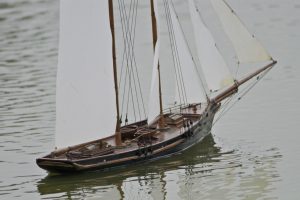 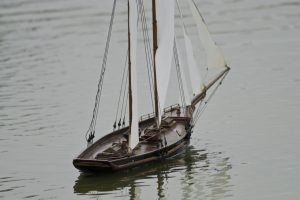 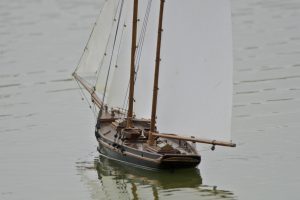 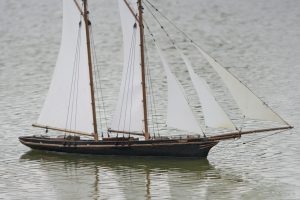 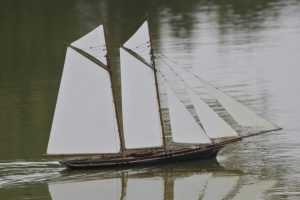 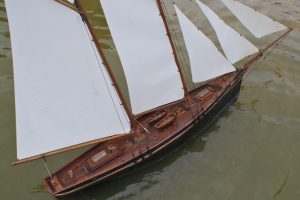 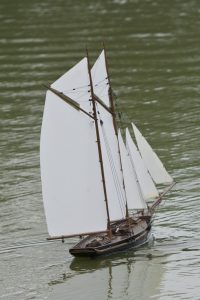 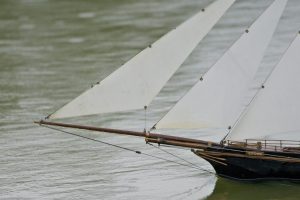 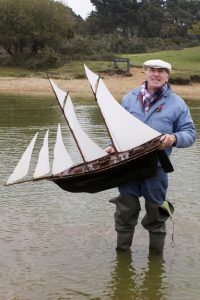 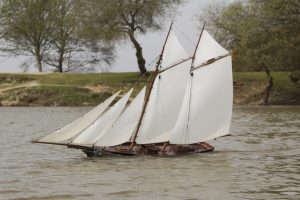 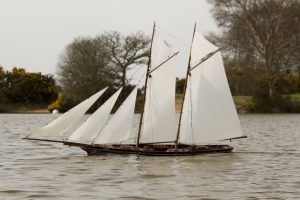