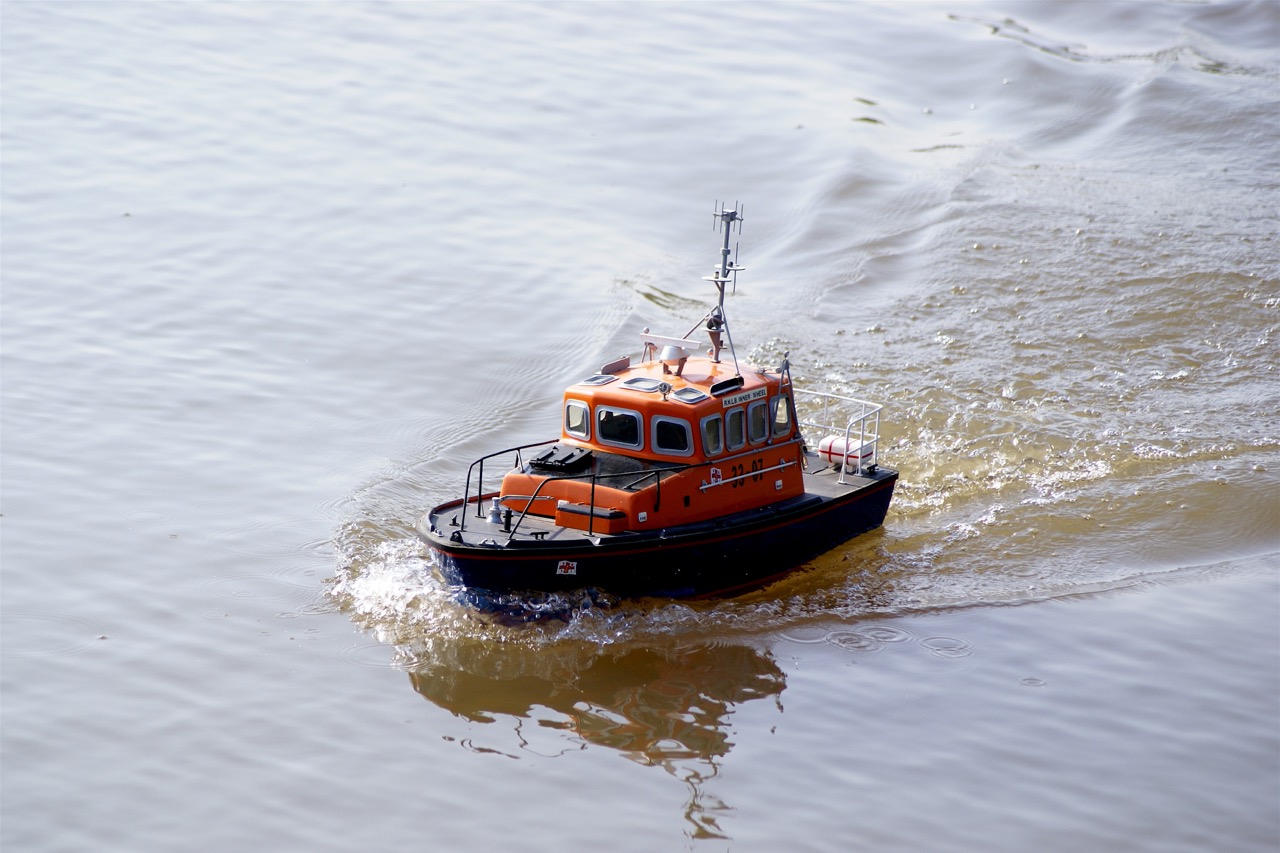 A Brede class lifeboat that was stationed at Poole in Dorset. The model was built and owned for many years by John Frost…

“The model was built during the early 1990’s using a purchased fibreglass hull with the balance of the boat being scratch built using plywood & plastic card. The downside to the model was constructing all of those windows and the upside, was its fantastic manouvreability when on the water. It has now been sold (March 2009), to a gentleman in Manchester.”

[Other models of John Frost]    [other Lifeboat Models] 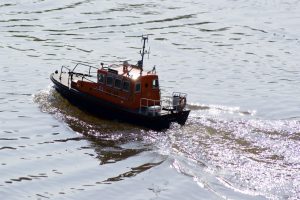 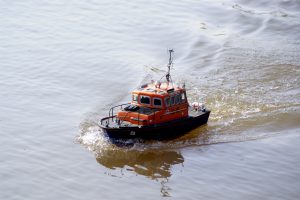 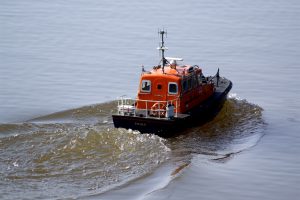 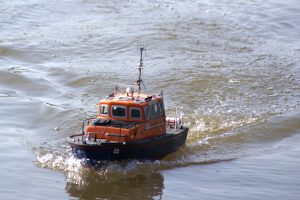