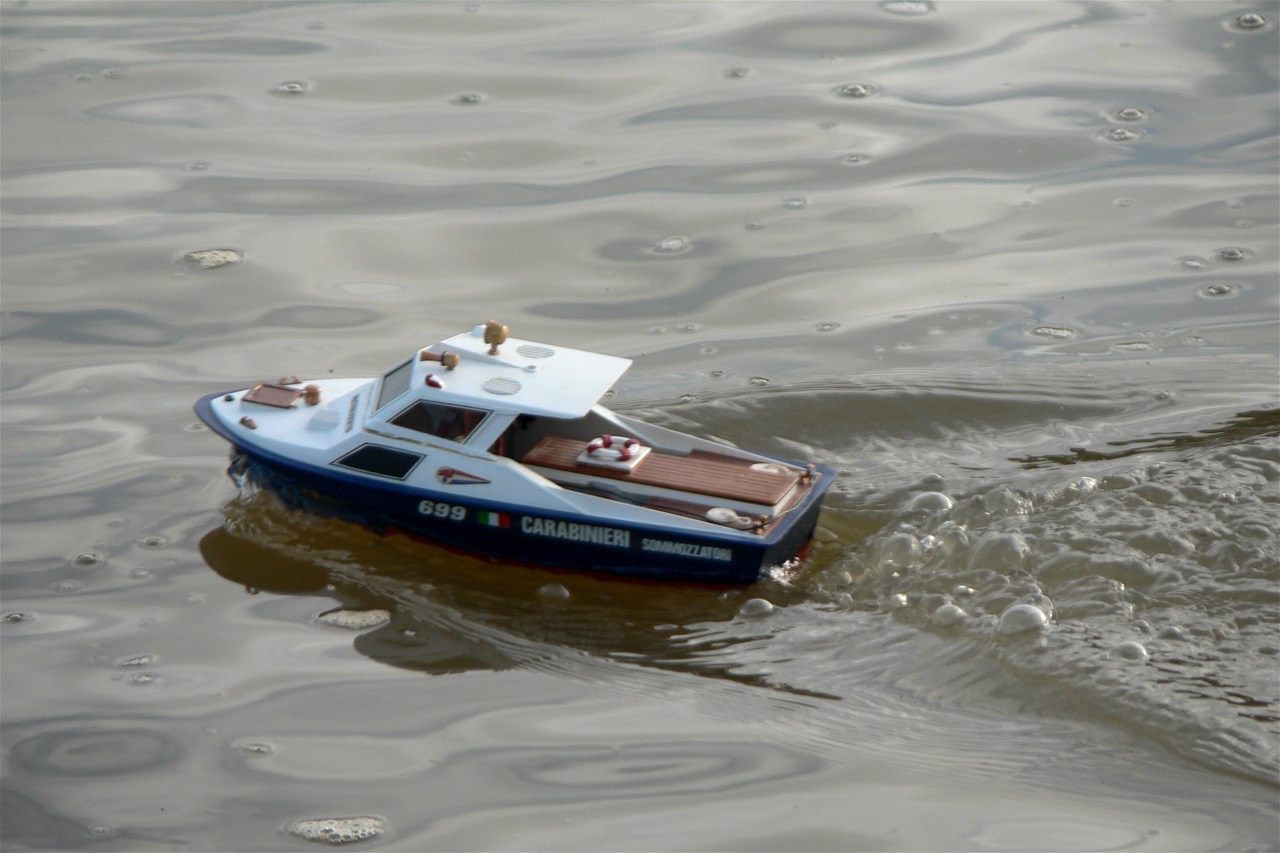 This is a fast Italian Customs/Rescue boat, from a toy made in Italy in the 1960’s which was found in a junkshop under a pile of old bicycle parts. Extensively altered now of course. Her name “Guasta Festa” means Party Pooper! Now powered by a Speed 300 she planes well, and is a lot faster than shown in the present photographs. A little frightening in fact because of her size. Radio is a Tamiya Mosfet receiver/speed controller from a Tamiya Motorcycle produced in the seventies (no reverse!). Runs on 6 or 7 cells.

[Other models of Peter Gargan]   [other Coast Guard & Similar Models] 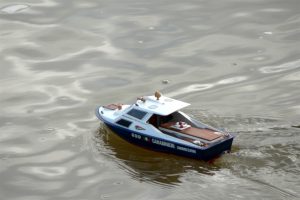 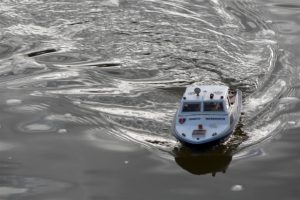 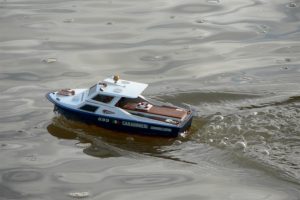