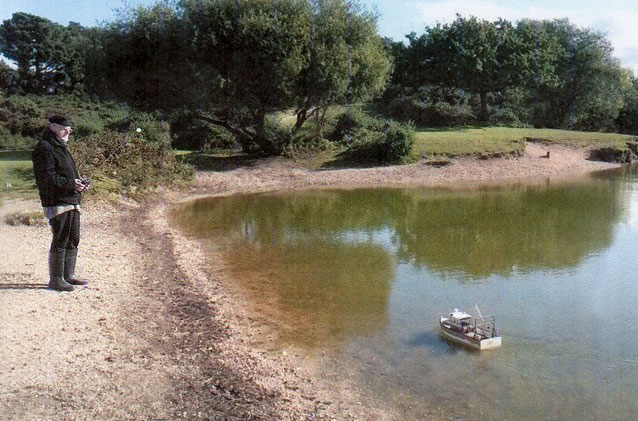 Word has just reached us that our oldest member and “Ancient Mariner”, Charles Somerville, has been awarded France`s highest honour, the  Legion of Honour (Ordre National de la Légion d’Honneur).

A few days after his 19th birthday Charles was the Bosun’s mate on HMS Dunbar (Fleet Minesweeper) as she approached Arromanches, just ahead of the Invasion Fleet on 6th June 1944.

Charles can still be seen at Setley on a sunny afternoon sailing his 20 year old fishing boat `Boxer`. Boxer was scratch built from a discarded orange box, remember when we used to have greengrocers?

Many Congratulations to Charles from the Club at being awarded such a major honour.