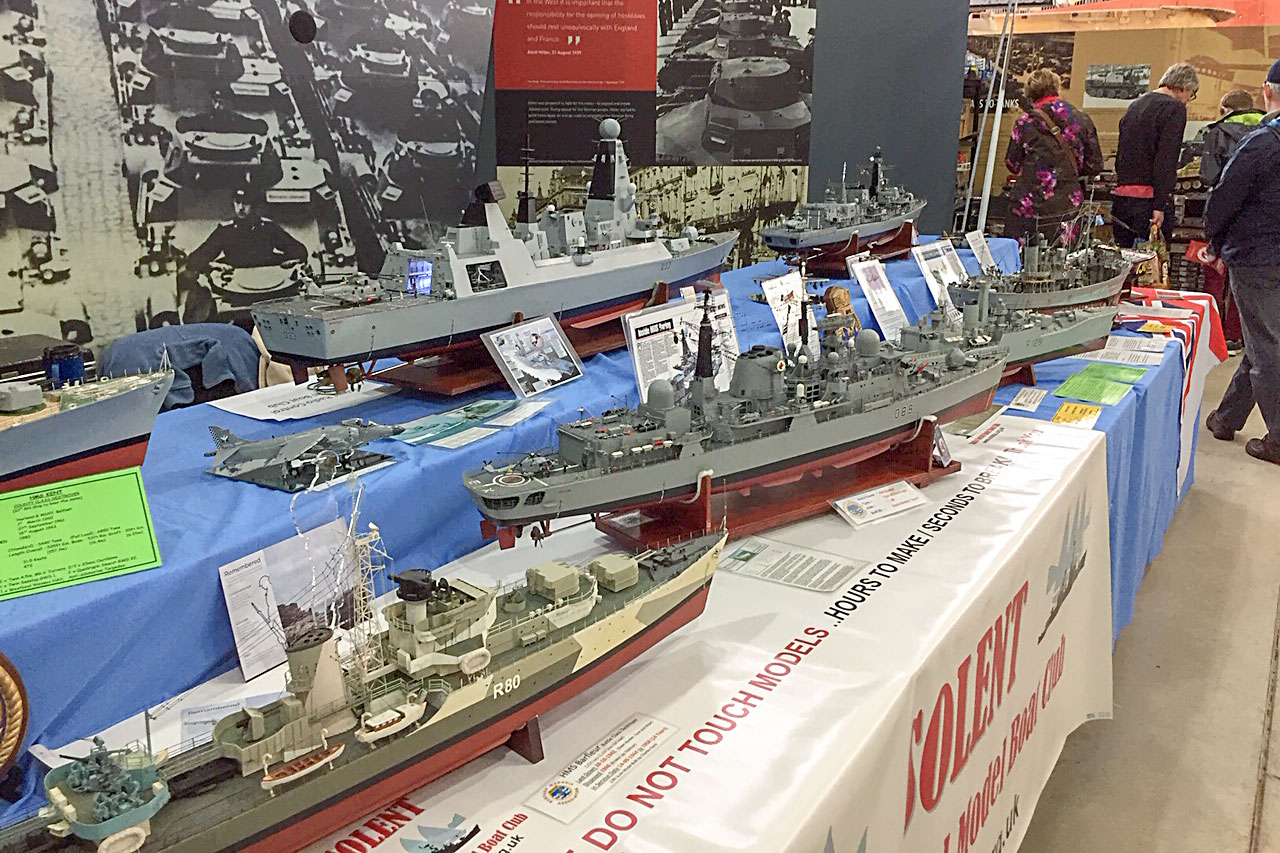 The autumn South West Model Show 2018 was held on the 13 and 14 October. We had a small club display of lifeboats and warships at this twice-yearly event held in the Tank Museum at Bovington. 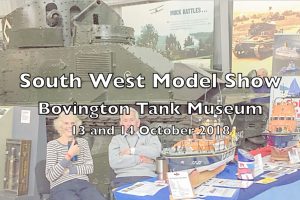 Unfortunately due to sickness and holidays our participants were reduced to Graham Coombs, Penny Coombs, Charles Davis (a guest from SWA) and myself. As the full set up must be completed by 9.30 am on the Saturday morning (doors and access is locked after that until 5pm) Charles and I met on the Friday afternoon to set up the tables and display items together with some of the models and so avoided the mad rush of exhibitors unloading on the morning of the show.

Despite the wet weather and heavy rain the exhibition was very busy with many visitors. As the displays mainly comprise exhibits by International Plastic Modellers’ Society Clubs and Model Armour Groups, our display of model boats and ships attracts a lot of interest. Penny Coombs has provided a video of the display. 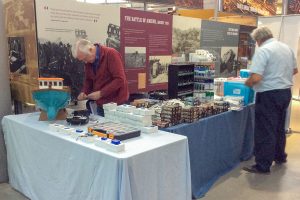 After a busy show we were a little worried how wet we would get loading our vehicles after all the heavy rain on the Sunday, however as it happens we had a break in the weather by the time the access doors were opened at 5pm and we were able to pack up and keep dry.

We will hopefully be showing again at the next event in February to publicise the club. 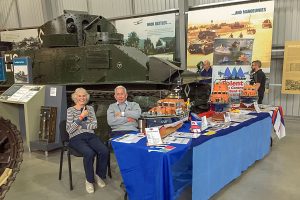 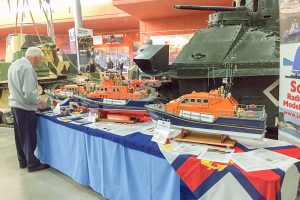 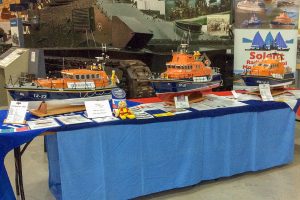 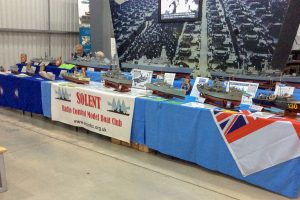 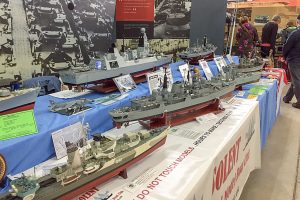