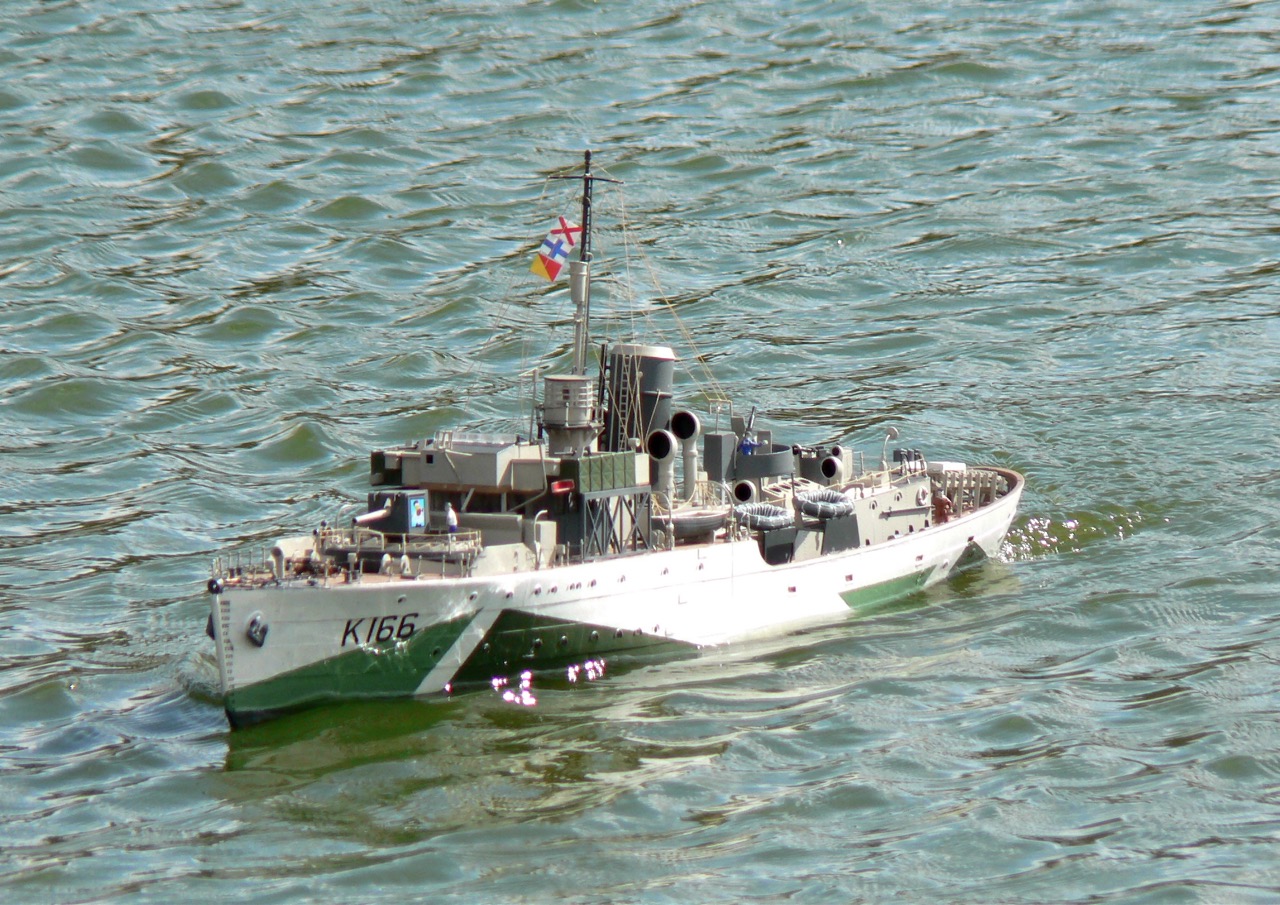 Flower Class Corvette. A class of 267 corvettes used during World War II, specifically with the Allied navies as anti-submarine convoy escorts during the Battle of the Atlantic. The majority served during World War II with the Royal Navy and Royal Canadian Navy, however several vessels saw service with the United States Navy where they were known as “Action-Class Patrol Gunboats”.

HMCS Sackville (K181) is the only member of the class remaining, now preserved in the Maritime Museum in Halifax, Nova Scotia. However, although her external appearance has been restored to her wartime role, internally she is still in her post-war Research Ship fit, having worked for the Department of Marine and Fisheries (now Department of Fisheries and Oceans (Canada)) until 1982. Model: Ray Hellicar; Kit: Revelle; Scale: 1:72.

[Other models of Ray Hellicar: non-Military; or Royal Navy etc,]    [other Warship Models] 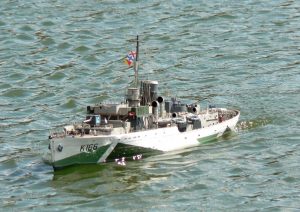 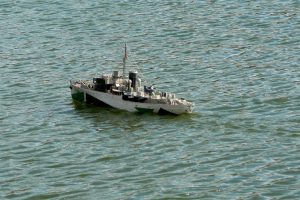 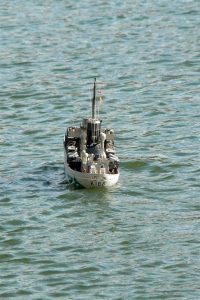 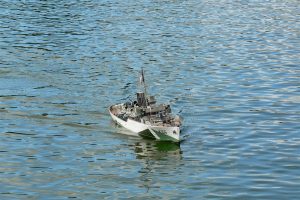