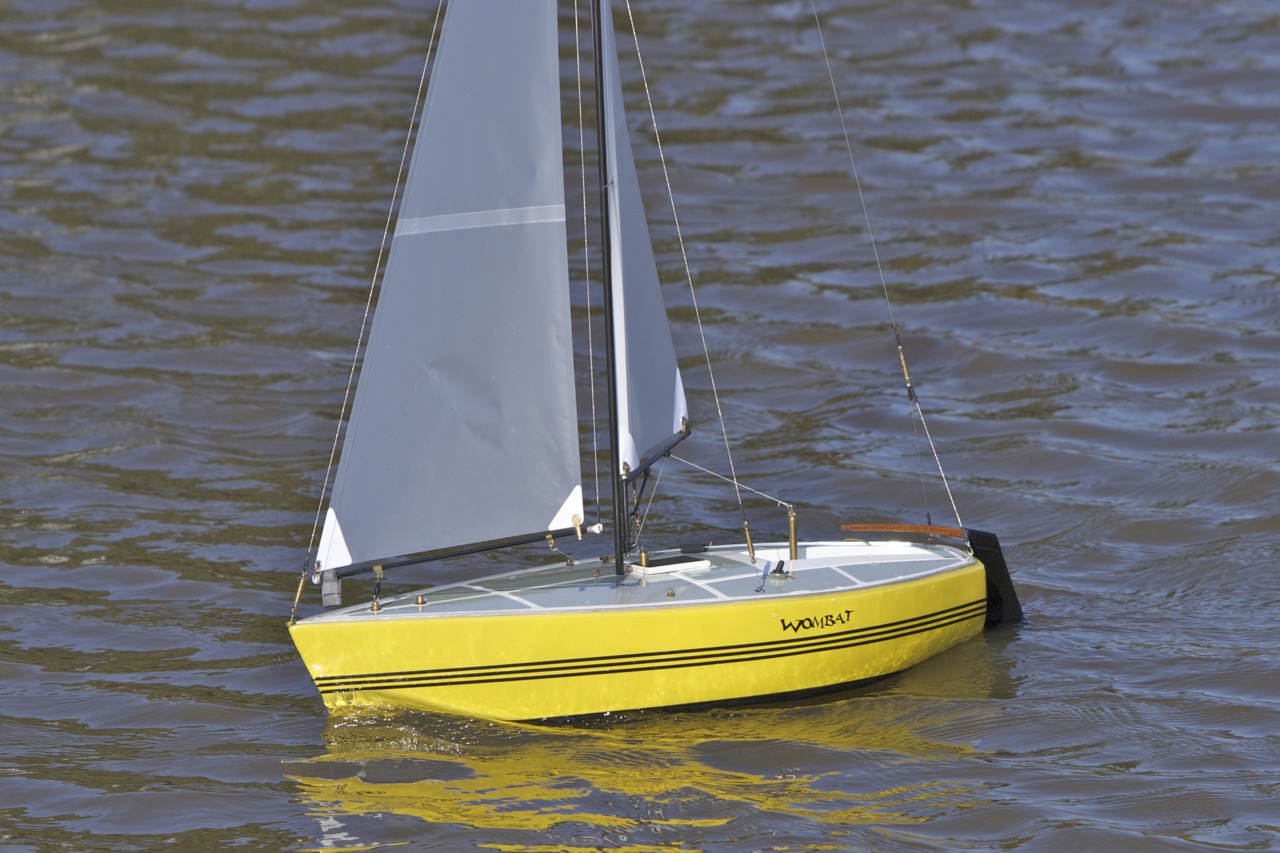 A small racing yacht which is very beamy and has a tendency to self-tack! Model: Nigel James…

“Wombat was built in the mid 70’s and I based the design on the quarter ton yachts of the day. These yachts were all broad beamed to take advantage of the rating rules. However, Wombat is a bit extreme having a beam of 250mm on a boat with a length of only 535mm. The hull and deck are glassfibre and somewhat over engineered by modern standards. Originally, the keel was ‘near scale’ size and too small to be effective. When the boat was rediscovered in 2008 I carried out a few modifications to improve the handling. The keel was replaced by a much deeper fin and bulb, the rudder was increased in depth and the sail area increased. It now sails ‘as well as can be expected’. In steady winds the degree of weather helm increases with the angle of heal and is quite manageable. However, a sudden gust will cause it to broach such that it can tack whether you want it to or not! 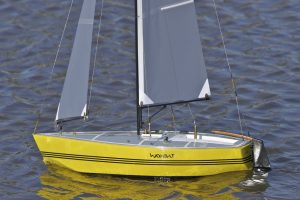 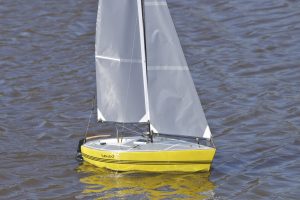 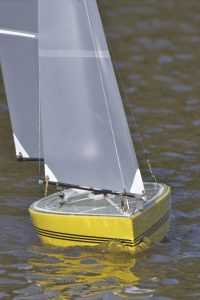 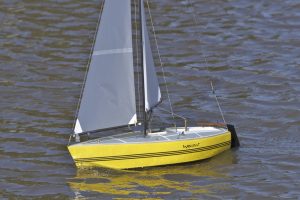 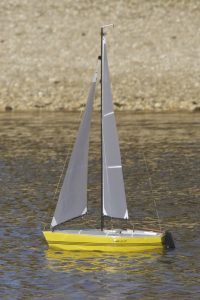 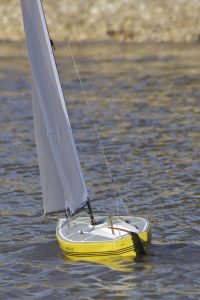 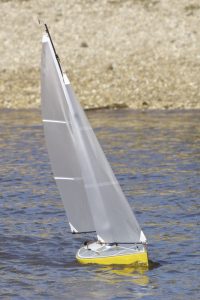 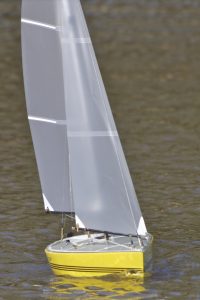 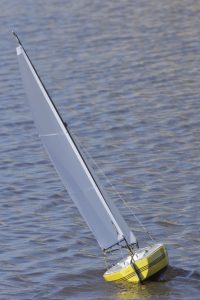 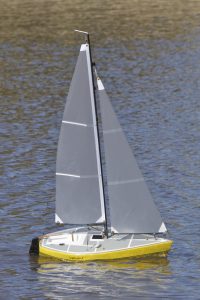