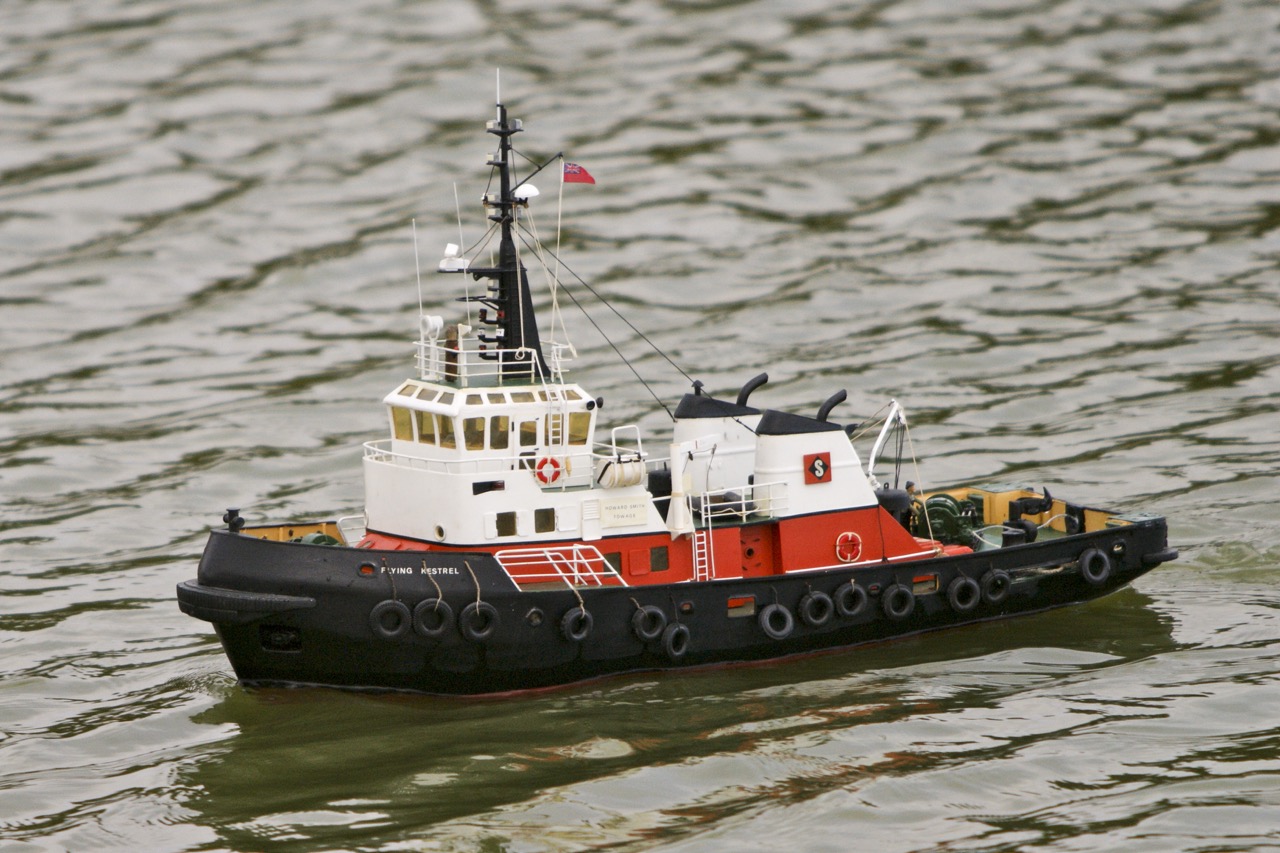 The tug Flying Kestrel (with her sister tug Flying Osprey) were operated by Howard Smith Towage in Southampton in the 1990’s. Originally named “Karl” she was built by Muetzelfeldtwerft, Cuxhaven in 1976 and, as the “Arion”, now works in the Netherlands.

The model was built by David Boothroyd from a Wedico ABS kit, scale 1:35.5. Originally the model was equipped with two Schottel drive units (like the full size tug) allowing for great manoeuvrability. However these did not like the gravel of Setley Pond and David replaced them with twin propellers and a rudder.

I remembered seeing the Flying Kestrel in Empress Dock when the Oceanography Centre first moved there so I was keen to buy the model from David when he offered it for sale. I have installed a 2.4GHz receiver, new mtroniks speed controllers, and replaced the Lead-gell battery with separate NiMH packs for the two motors. Otherwise, apart from tidying the decks, and one or two minor repairs, the model is as last used by David.

Obviously, without the Schottel drives the Flying Kestrel can not move sideways and the single rudder is out of the prop-wash so not very effective particularly when manoeuvring at low speeds. However I have the two motors controlled by separate RC channels and the tug can be steered using the motor controls alone, including spinning on the spot as seen in the last photos. On a mode 2 transmitter I use the throttle channel for the port motor and the rudder channel for the starboard motor which results in the left transmitter stick acting as a “joystick”. This avoids using a mixer unit between the steering and ESC channels.
[Other models of Peter Taylor]   [other Tug Models]