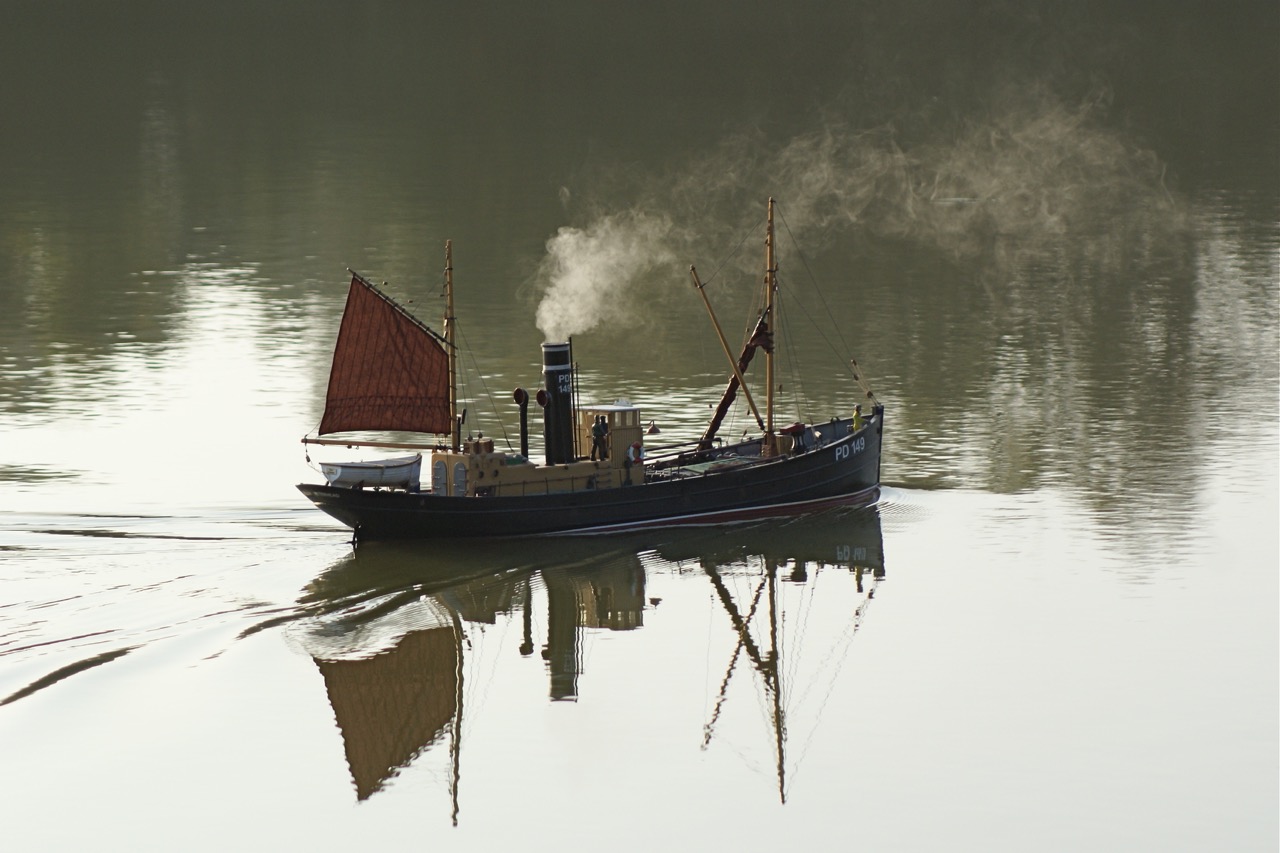 Peggy is a 1/24th scale model of a North Sea Herring Drifter. The original was built in 1907 by Hall and Russell of Aberdeen for the Duncan family of Peterhead. During the First World War, Peggy was used at Scapa Flow as the Admiral’s Barge. She was also used to lay a cable from Peterhead to Russia for the British and Russian governments.

I bought this model from SRCMBC member, Mike Hammond. He had obviously built the kit very well, but Mike is really a “scratch” modeller and, on his own admission, he “doesn’t do detail”. Having bought the model, I was loaned a book of old photos of North Sea Herring Drifters working out of Lowestoft (see left) and I based my new interpretation of the model on those, putting in all the detail that they had on deck. I also devised a Smoke generator to give more realism.

In the photos you will see how the model has evolved, with more detail added after Mike’s original build.

[Other models of Peter Taylor]   [other MFV & Similar Models] 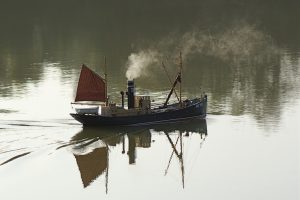 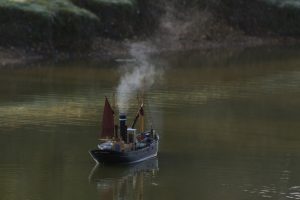 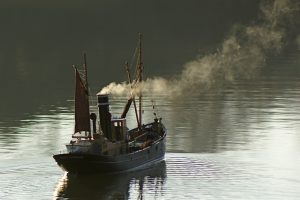 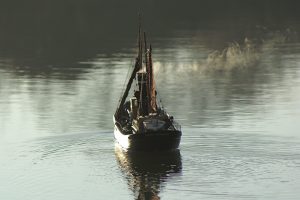 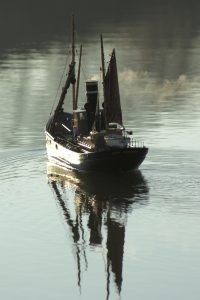 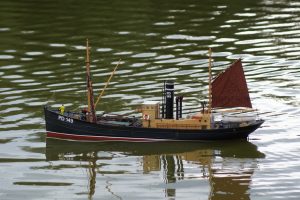 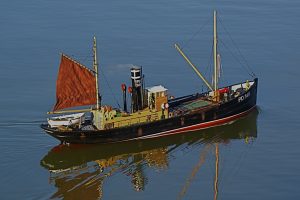 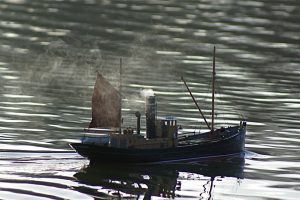 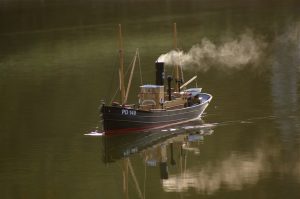 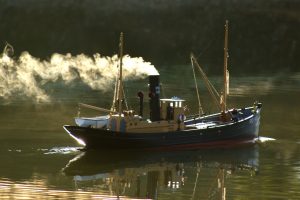