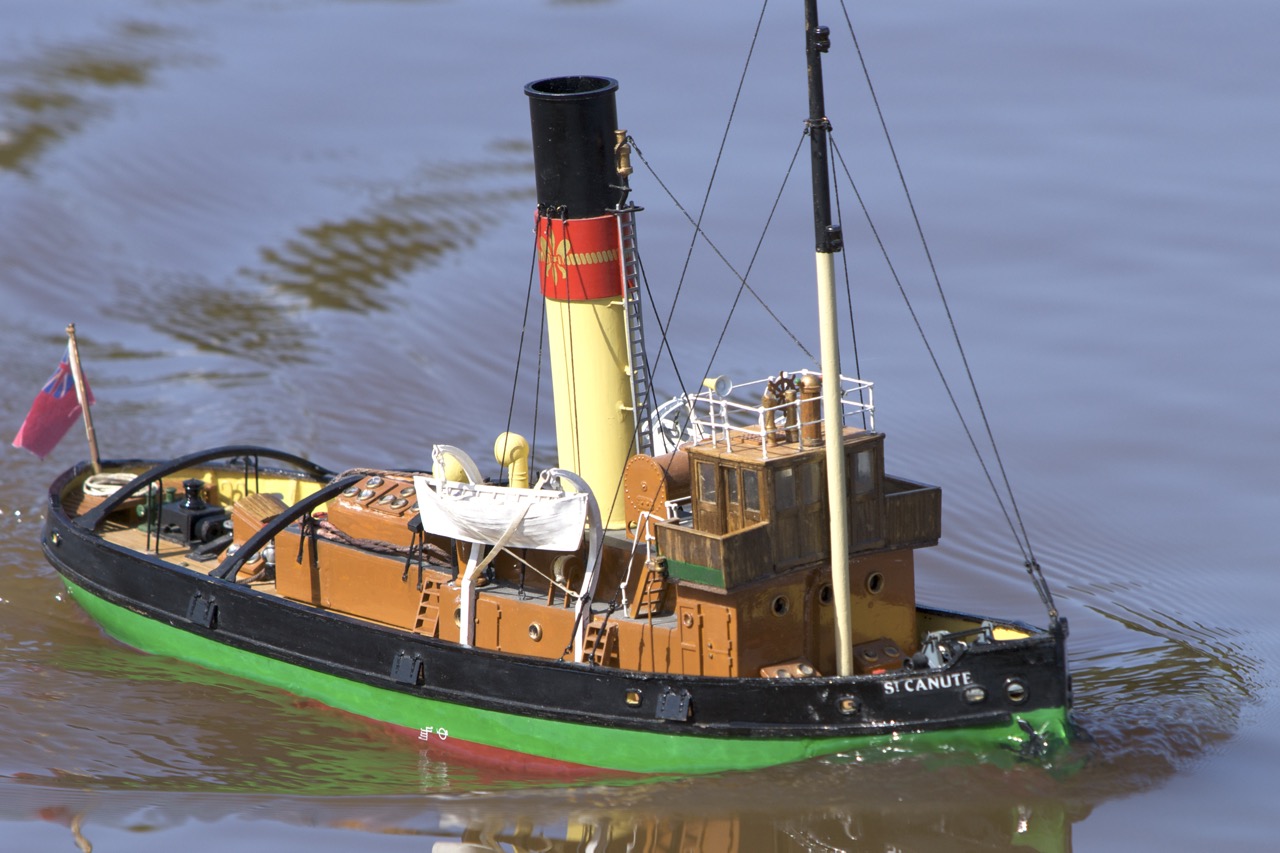 This steam tug was built in 1931 at the Frederikshavn Shipyard in Denmark and sailed for many years as a tugboat, icebreaker and fire-fighter in the Odense harbour under her original name St. Knud. She was purchased in 1960 by the Fowey Harbour Commission as a working boat. Later, and still with a working steam engine, she was on display at the Exeter Maritime Museum; unfortunately that closed in 1996.

Model built by David McNair Taylor from a Billings kit and with a Graupner smoke unit. Now owned by Peter Taylor… “When David offered this boat for sale I was intrigued by the “ice-breaker” bow. The first time I used her at Setley there was ice on the pond but she couldn’t make any impression on it. Not surprising really since, to scale, the ice was probably about 20 feet thick!” 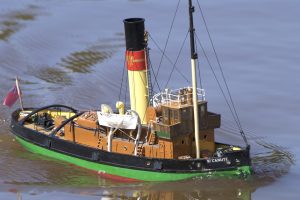 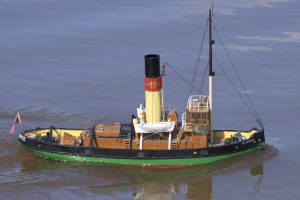 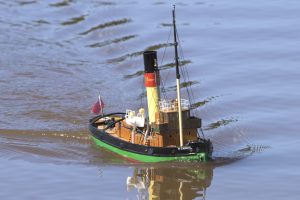 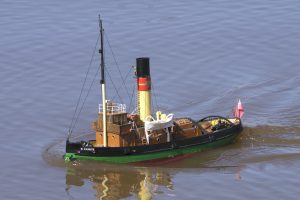 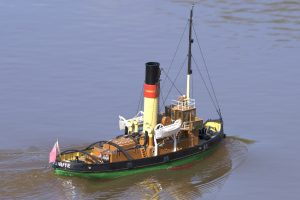 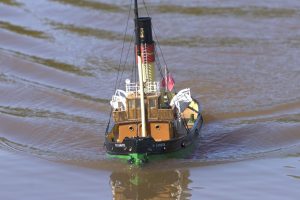 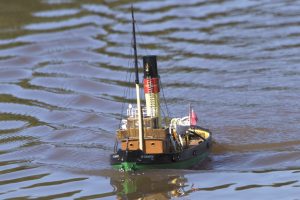 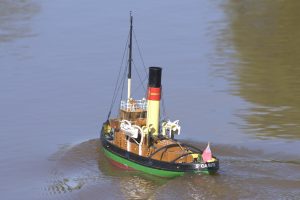 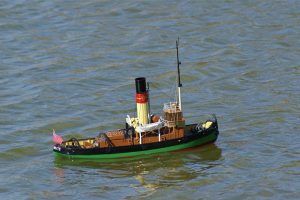 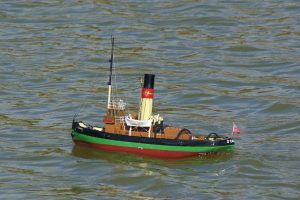 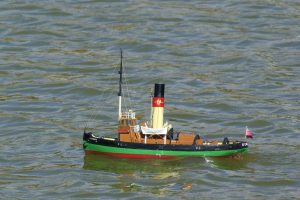 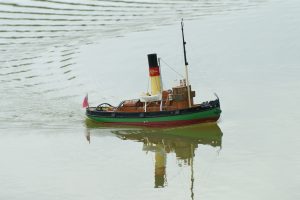 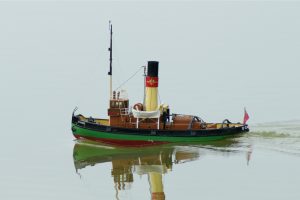 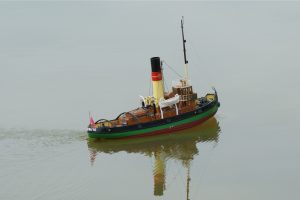 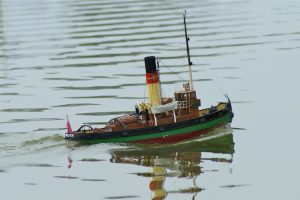 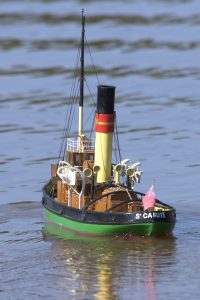 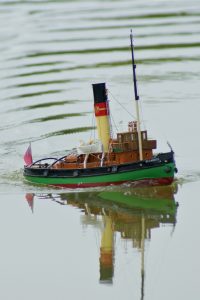 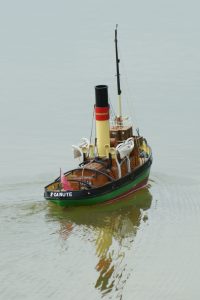