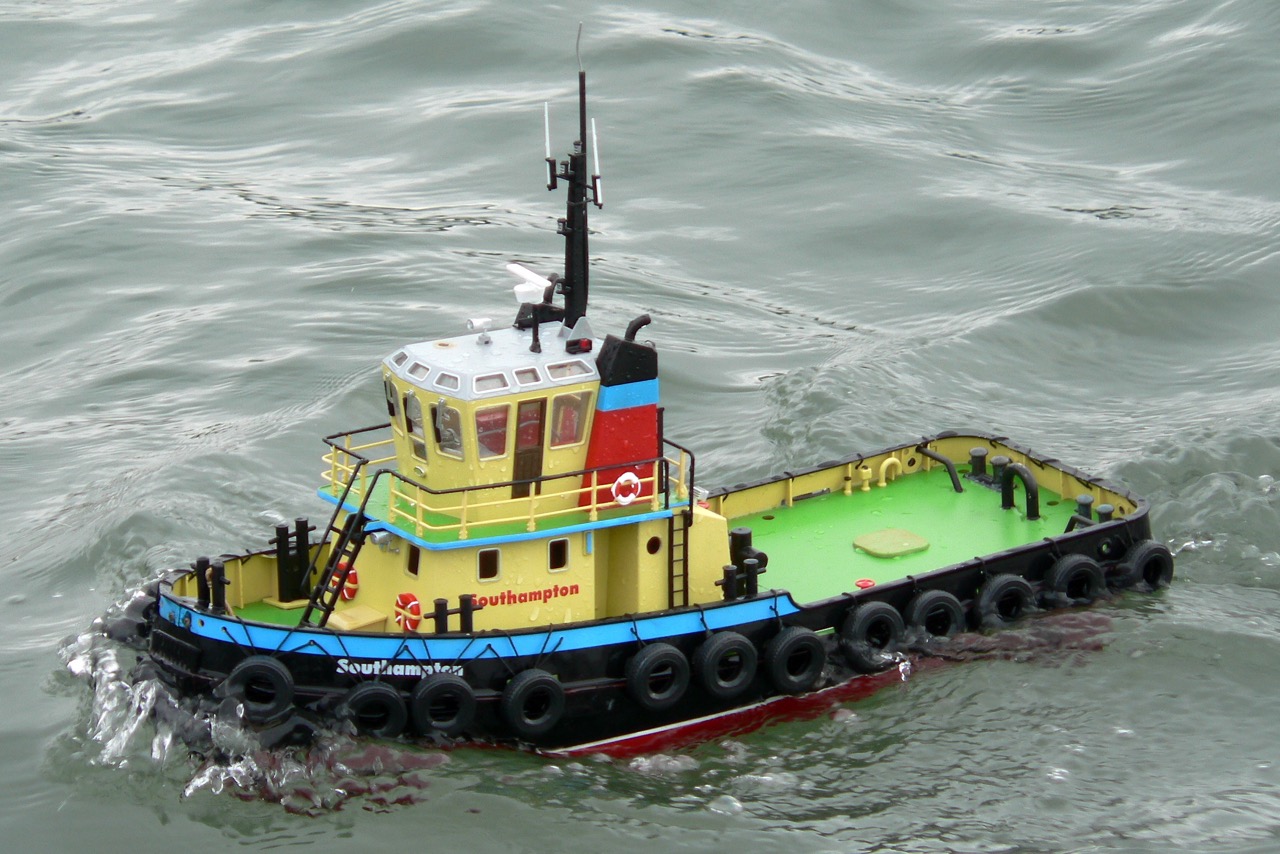 Peter’s Comments: The Itchen Marine tug “Wyeforce” used to berth outside the National Oceanography Centre in Southampton, where I worked before I retired. Therefore when I saw a Ready-to-Run model of it for sale in Lesro models, I couldn’t resist. It was my first introduction to model boats. Since the River Itchen runs behind my house I’ve used the tug on the river and, it being salt water, I’m now on the third set of motors! With me sitting in my Canadian canoe, it has towed me up the river… far easier than paddling!

I’ve made many modifications to the model. Currently (February, 2009) it has a 5 channel 2.4GHz receiver and twin ESC’s giving independant control over the two motors as well as the rudder. This allows it to spin on the spot. It also has a self actuating bilge pump to cope with the leak through one of the prop shafts. I’m planning to refit the wheelhouse and accomodation to give a more realistic feel. 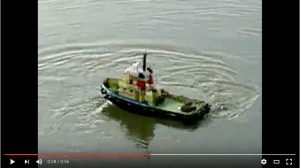 Incidently, I know someone who used to work on the original “Wyeforce”. He said their main concern was not to capsize it. From my canoe towing experience I can see how easy that could be. Mine has been capsized but that was when I accidently ran it into a moored yacht while taking photos of it. I had to swim out and retrieve it! 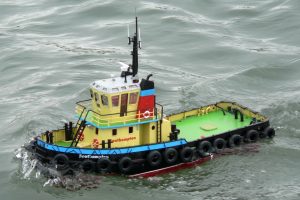 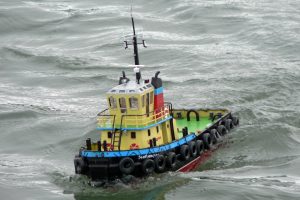 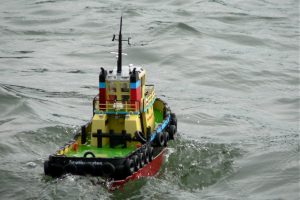 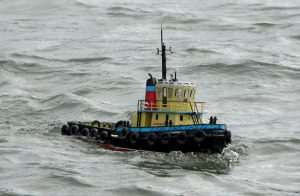 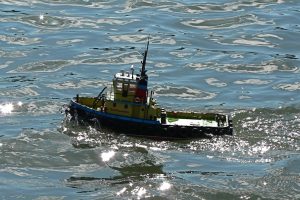 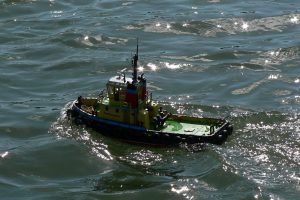 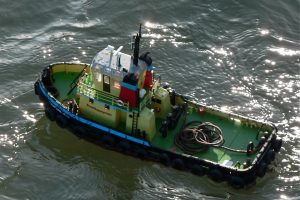 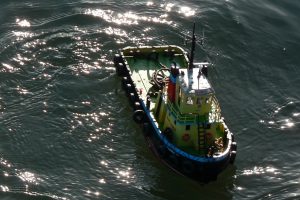 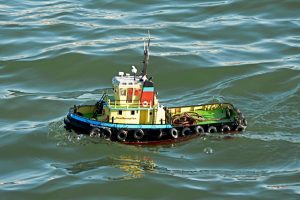 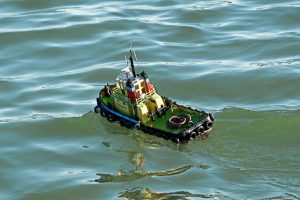 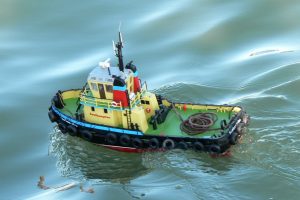 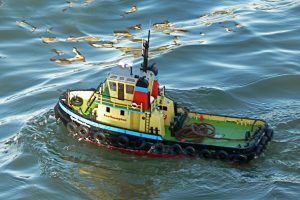 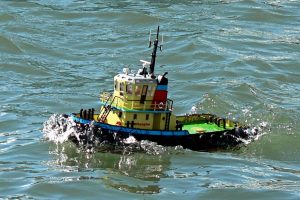 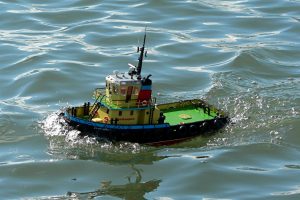 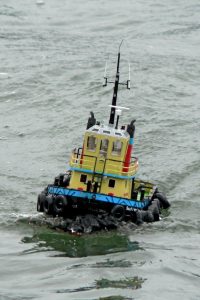 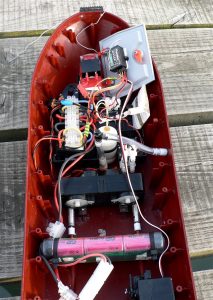 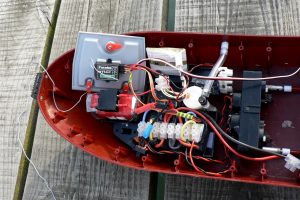 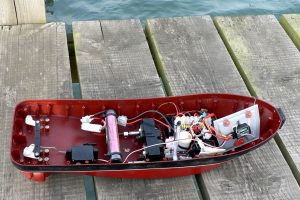 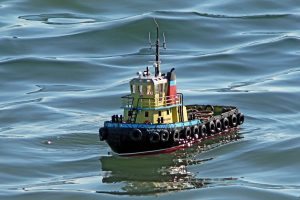