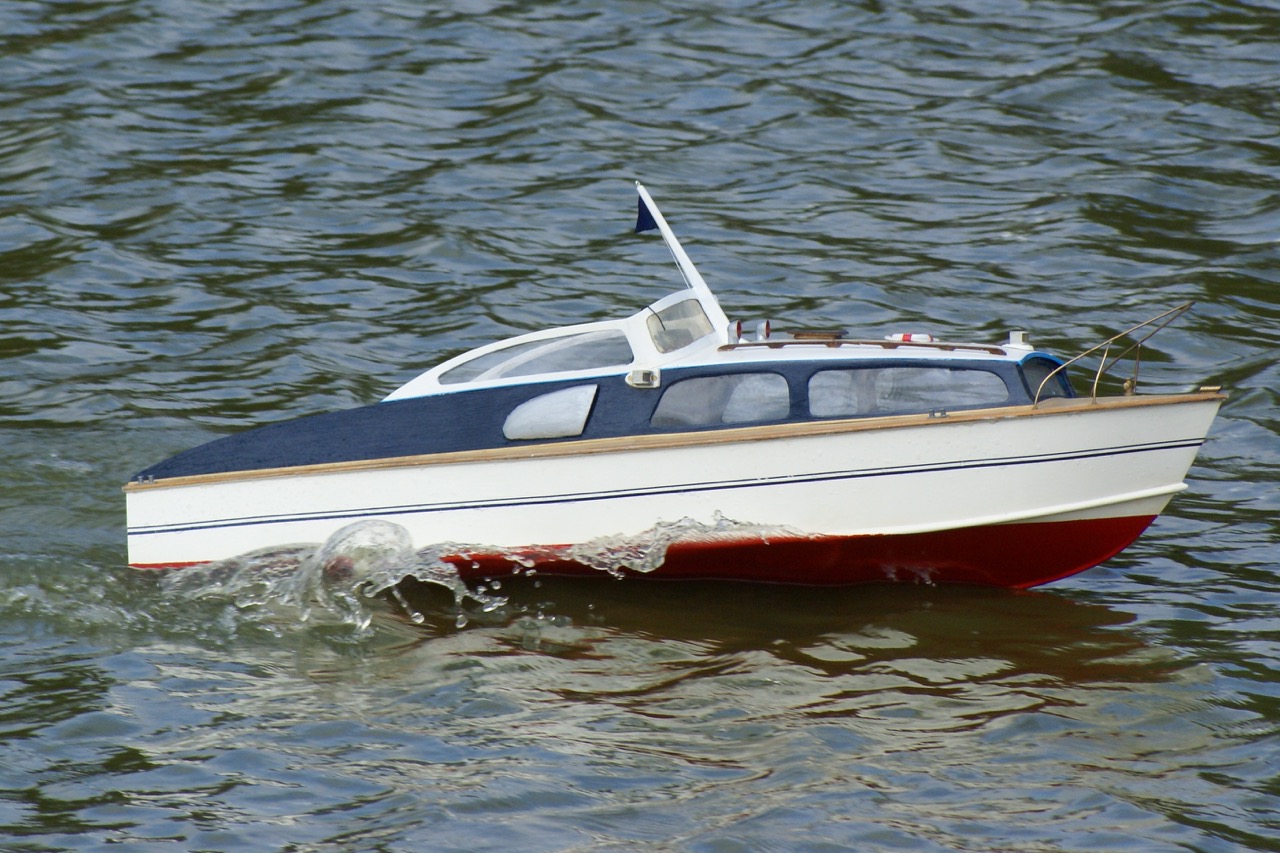 The Swordsman was the largest of the production boats built by Fairey Marine. Initially 33′ long and with a beam of 11′ 5″, they came in either an aft cabin or open cockpit version. Like the Huntress and Huntsman 28 they were also available in kit form or as a hull only if required. In the middle of the production Faireys introduced an upgraded version called the Super Swordsman along with 4 stretched versions at 38′ and 42′ in length. (Information: Fairey Owners Club)

[Other models of Arthur Page]    [other Cabin Cruiser Models] 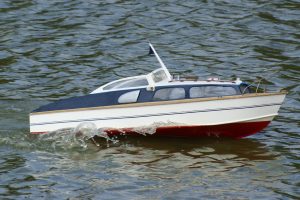 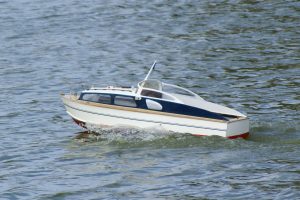 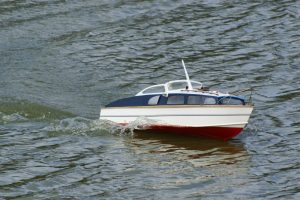 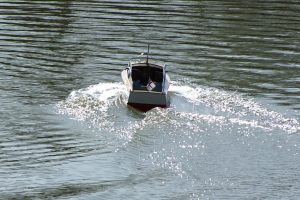 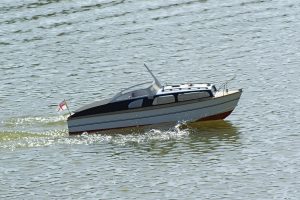 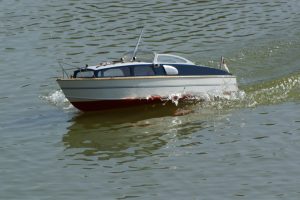 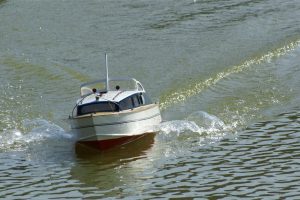 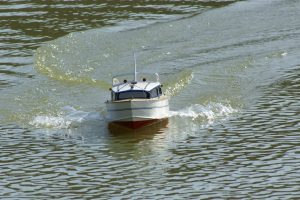 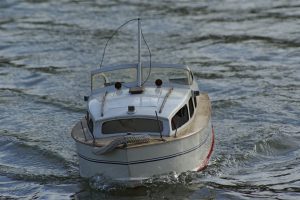 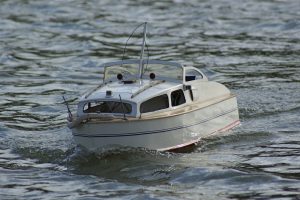 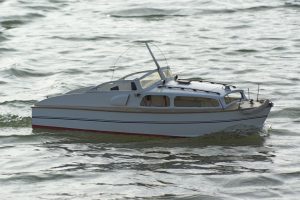 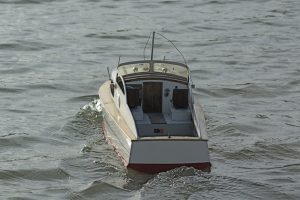