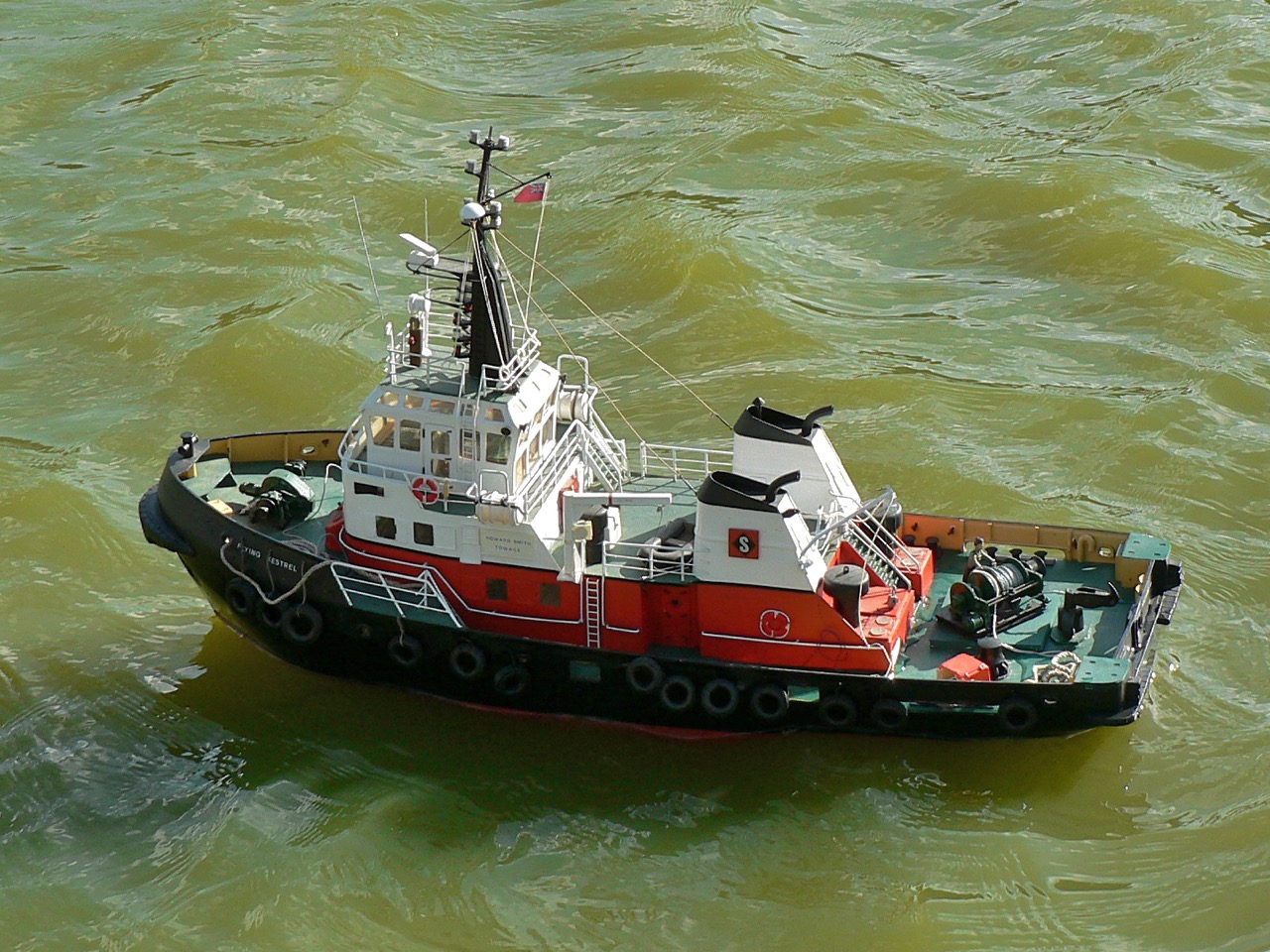 The tug Flying Kestrel (with her sister tug Flying Osprey) were operated by Howard Smith Towage in Southampton in the 1990’s. Originally named “Karl” she was built by Muetzelfeldtwerft, Cuxhaven in 1976 and, as the “Arion”, now works in the Netherlands. Model: David Boothroyd.

[Other models of David Boothroyd]   [other Tug Models] 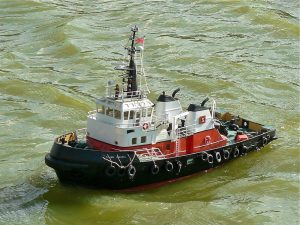 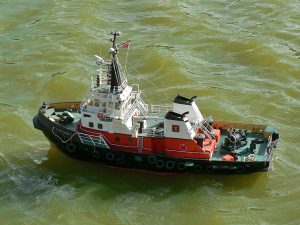 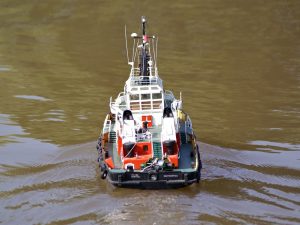 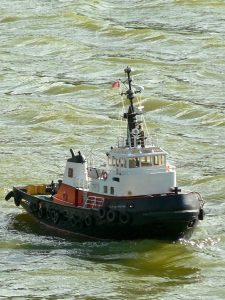 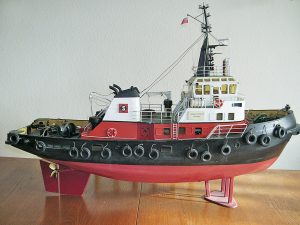