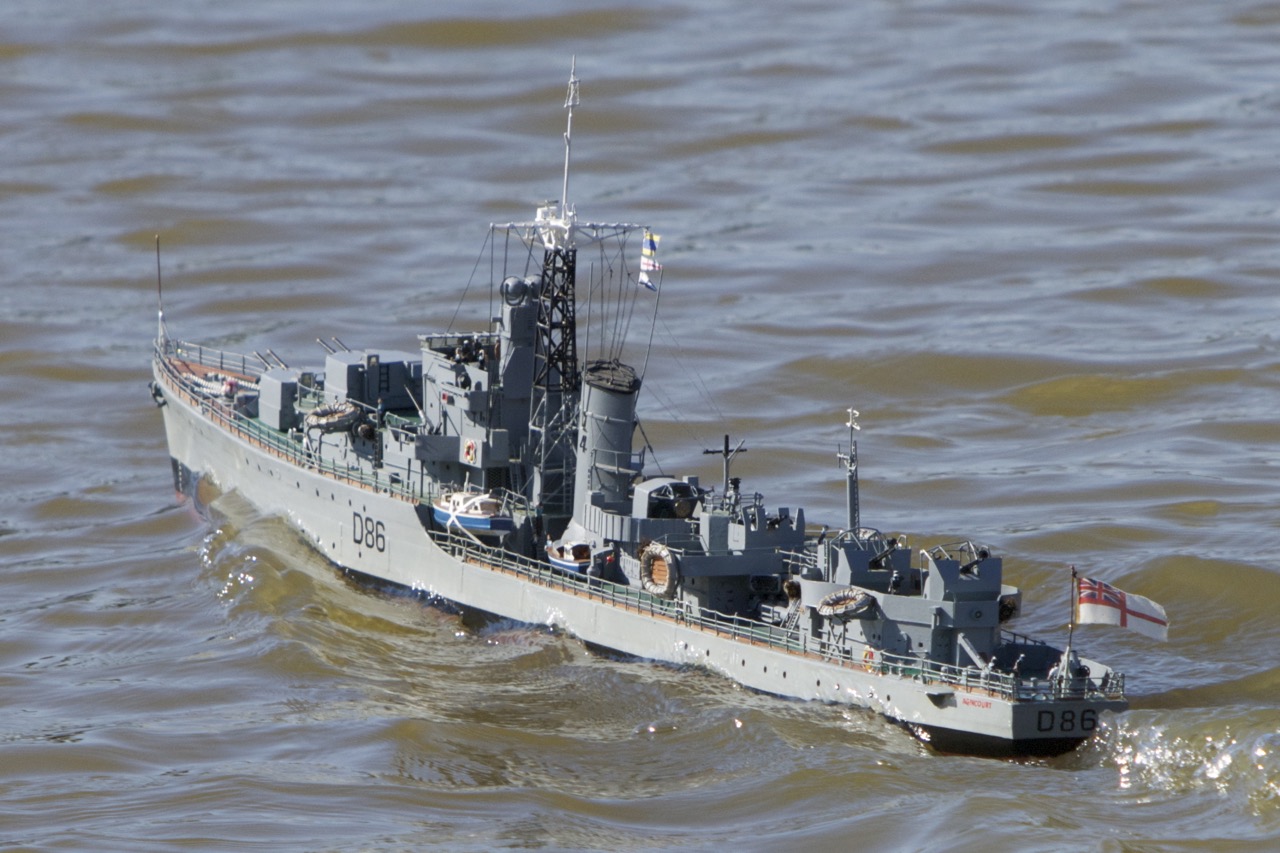 David’s Comments:  “1/96 scale model of a 1945 Batch Two “Battle” Class destroyer. The last of the traditional destroyer designs, with a high emphasis on anti aircraft protection as the ships were intended for the Pacific war and needed the protection against Japanese air attacks but entered service too late to take part. Agincourt remained in service following conversion to a Radar picket.

The model is completely scratchbuilt on a GRP hull and using David Macgregor plans. She was my first real attempt at Radio Control model boats after many years building plastic models and she is now the “grand old lady” of my fleet being some 38 years old. A couple of years ago she started to look “very tired” so I undertook a part rebuild; the ply deck was been replaced with plastic card, new deck houses built from plastic card to replace the balsa ones which were starting to split. All the fittings etc were reused and new motors installed she is now as good as new and makes a fine site at speed on the lake although with her low freeboard she is not a rough water model.”