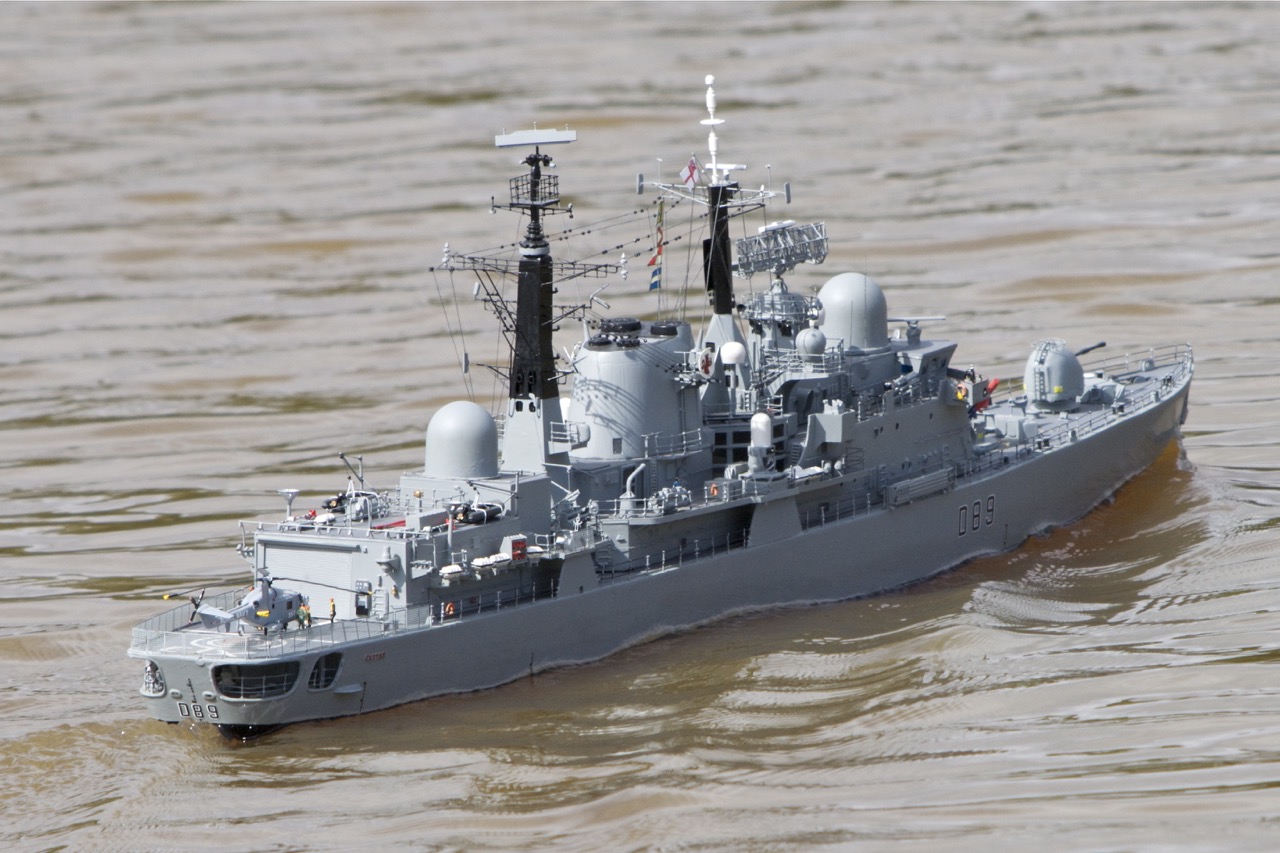 David’s Comments: “Type 42 Destroyer modelled as she appeared in 2008 having changed considerably since her original build, many modifications being carried out post Falklands war with the lessons learned from the loss of her sister ships Sheffield and Coventry.  She was the last ship still in RN service that participated in the Falklands War. Her armament consists of a 4.8” Rapid fire gun, twin Phalanx Rapid fire guns, twin 30mm machine guns and two sets triple torpedo tubes. She was due to leave RN service in 2009 as the new “Daring” Class destroyers come into service.

“The model is built to 1/96 scale on a Sirmar hull with some Sirmar fittings and the rest scratch built, she has a JJC sound system and twin speed controllers.”
[Other models of David McNair-Taylor]    [other Warship Models] 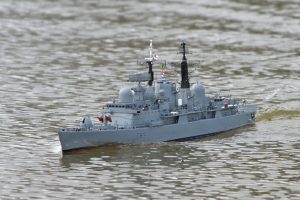 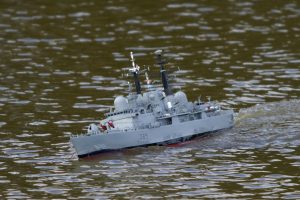 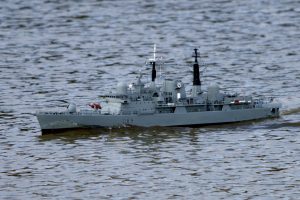 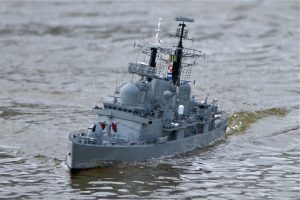 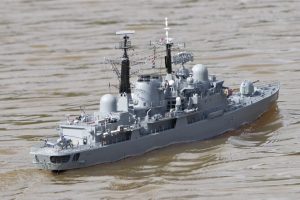 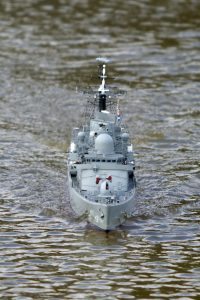 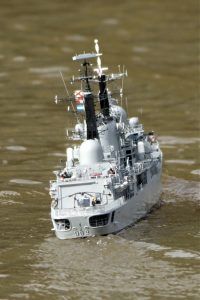 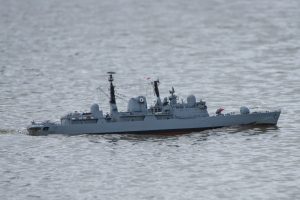 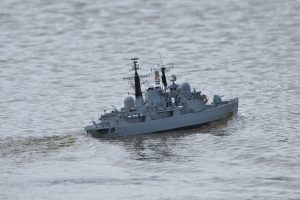 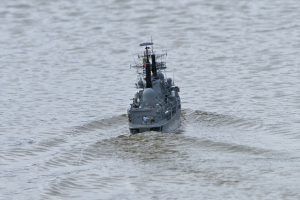 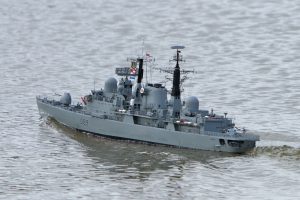 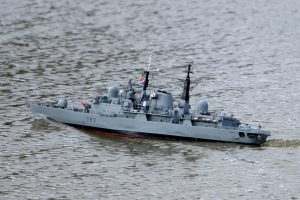 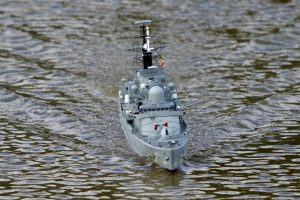 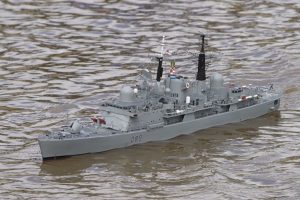 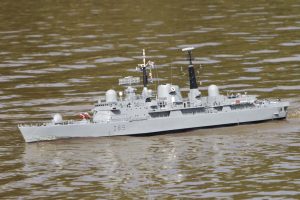 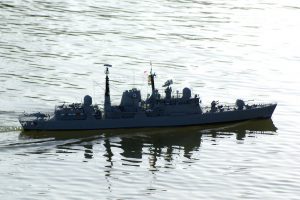 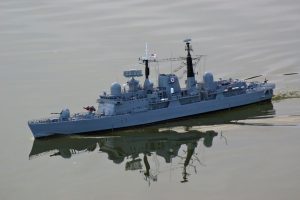 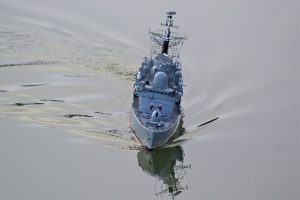 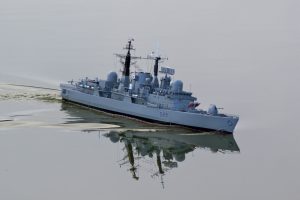 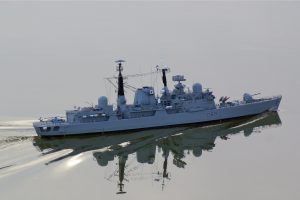