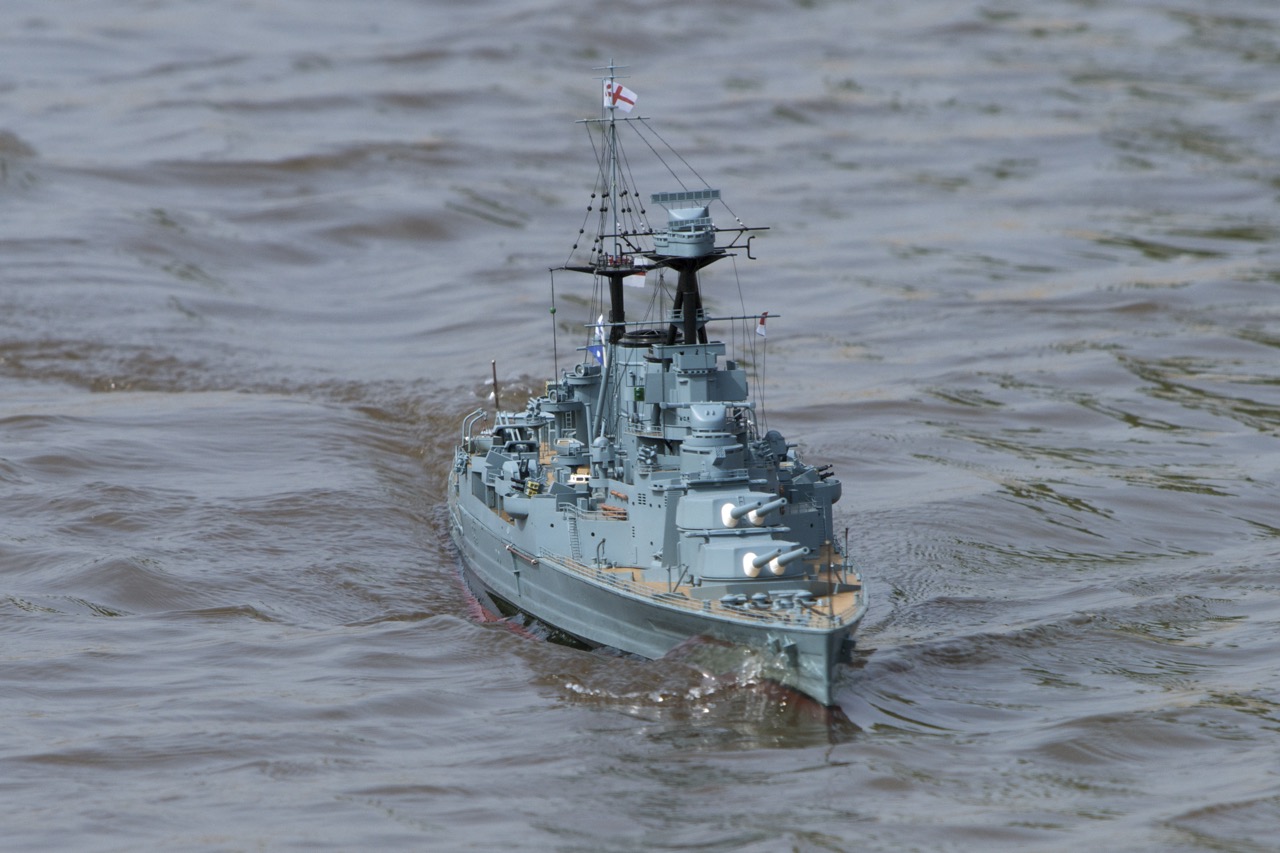 David’s Comments: “After pricing up a Fleetscale Semi-Kit and finding it was too big to go in my car and would cost in the region of £1600 when completed I decided to purchase the Graupner ARTR model, with a little trepidation I might add. I am a scratch builder and “detail freak”, and exhibit my models with The Surface Warship Association at locations such as the Portsmouth Historic Dockyard and the Hood would need to be of an acceptable finish to not appear as a toy.

“The model has only just become available in the UK and I ordered one from the first batch on the understanding that it could be returned if it was not up to the standard I wanted; I need not have worried the model is built in China for Graupner and has a first class finish with lots of excellent detail. I had to replace the hooks on the ammunition davits, make a new main boat boom, complete the rigging, rig and detail the sea boats and davits, scratch build and fit new boat booms, construct two night man overboard markers and fit them, remake and rig the smaller boat booms, and make additional fittings for the main mast. Signal flags and ensigns were obtained from BECC to show the signals flying at the time of her loss in May 1941.

“The model took 4.5 kg of lead and uses four 8.4 volt NiMH batteries. She is an excellent performer on the water and also looks fantastic as a static model.”