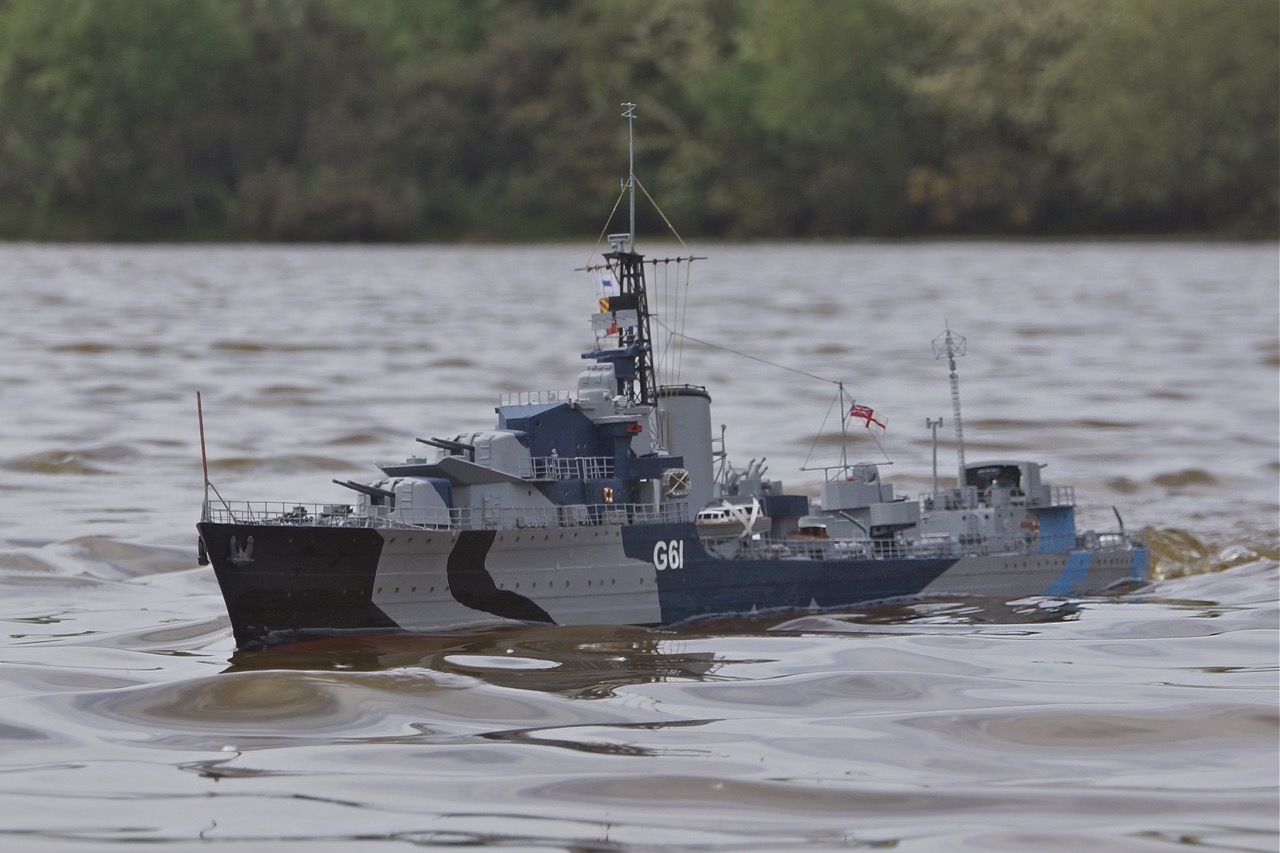 David’s Comments:  “Javelin was a J-class destroyer of the Royal Navy laid down by John Brown and Company, Limited, at Clydebank in Scotland on 11 October 1937, launched on 21 December 1938, and commissioned on 10 June 1939.

“At the end of November 1940, the 5th Destroyer Flotilla, consisting of the HMS Jupiter,  Javelin, Jackal, Jersey, and Kashmir, under Captain Lord Louis Mountbatten, was operating off Plymouth, England. The flotilla engaged the German destroyers Hans Lody, Richard Beitzen, and Karl Galster. The Javelin was badly damaged by torpedo and artillery hits from the German destroyers and lost both her bow and her stern. Only 155 feet of Javelin‘s original 353 foot length remained afloat and she was towed back to harbour. Javelin was out of action for almost a year.

“Javelin participated in the Operation Ironclad assault on Madagascar in May 1942. She participated in the failed Operation Vigorous attempt to deliver a supply convoy to Malta, in June 1942. The crew of HMS Javelin mutinied on 17 October 1945 whilst the ship was anchored off Rhodes and several ratings were subsequently court-martialled. HMS Javelin was sold to the shipbreakers on 11 June 1949, and she was scrapped at Troon in Scotland.

“The model was constructed from a Deans Marine Kit by the late Richard Densham, after obtaining the model I have added extra detailing and repainted the model to represent Javelin in her wartime camouflage.”