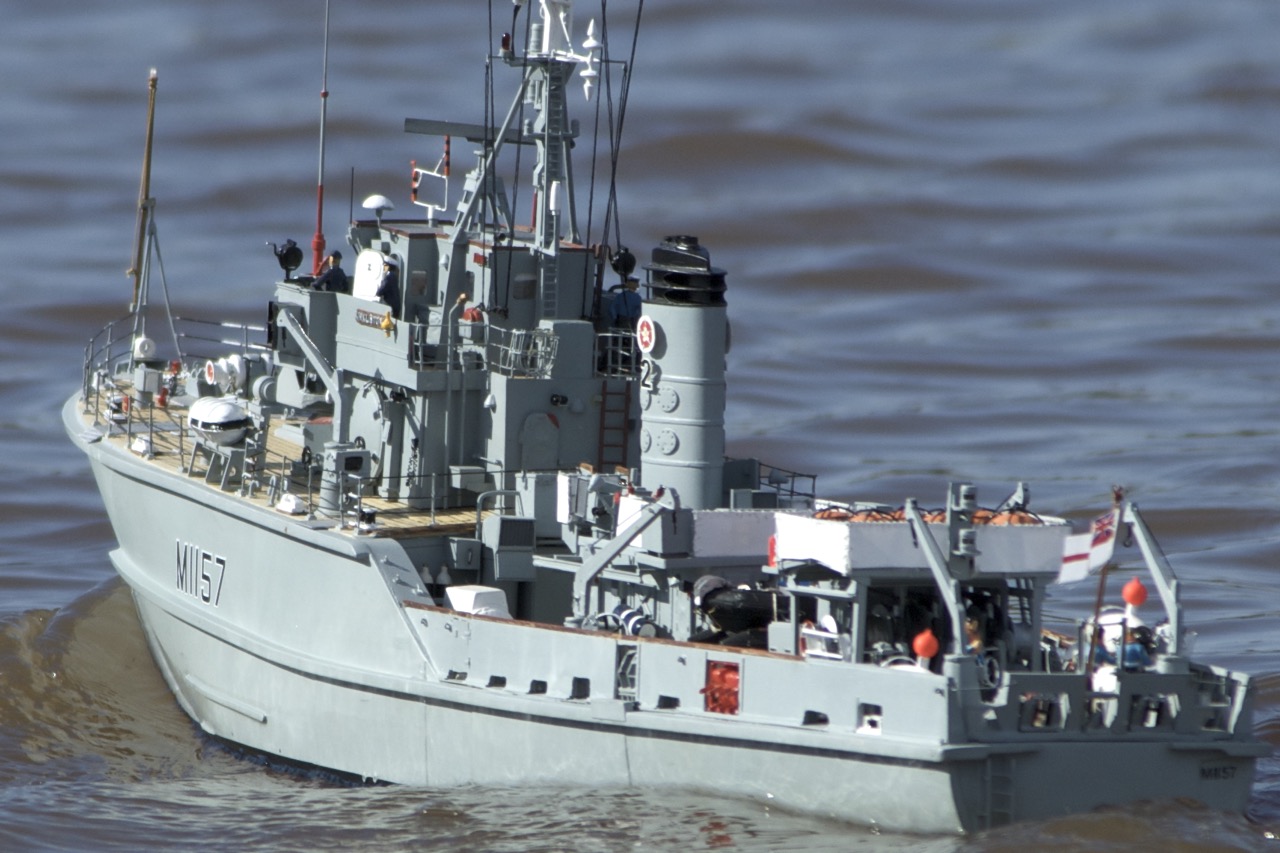 David’s Comments: “The model is scratchbuilt to 1/48 scale using a Sirmar Hull and Fittings, the drawing used were for HMS Nurton but I had to modify the model to Kirkliston by using photos taken when I served on her and info off the internet. Kirkliston was the first TON Class Minesweeper to be converted to a minehunter, the work being carried out in Portsmouth Dockyard in 1962/64. She served with the 1st Mine Counter-Measures (MCM) Squadron, 2nd MCM Squadron, Hong Kong Squadron, the RNR and the Standing Naval Force Channel (STANAVFORCHAN). The model depicts her as she appeared in 1982 whilst part of MCM 2. “Tons” were 153 feet long and displaced 440 tons at full load, powered by twin Napier, Deltic or Merlee Blackstone Diesel Engines a total of 118 being built (116 for the RN and 2 for the South African Navy).

“The model has a rotating radar scanner and working navigation, minesweeping and NUC (Not Under Command) lights. Build time: just under a year.” 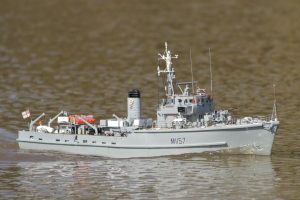 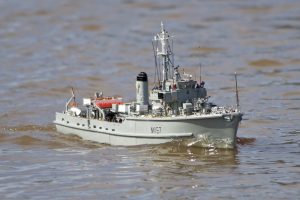 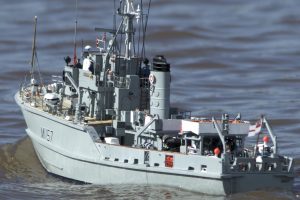 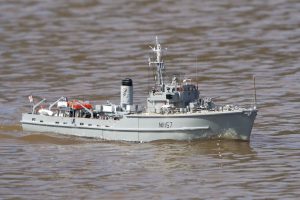 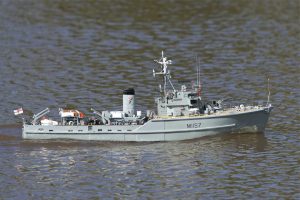 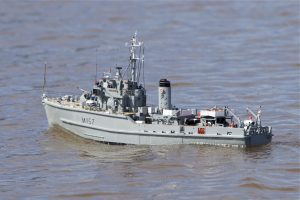 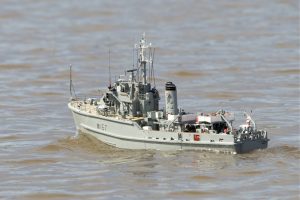 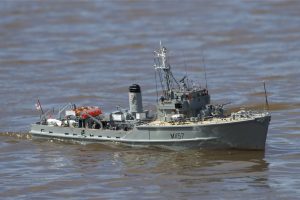 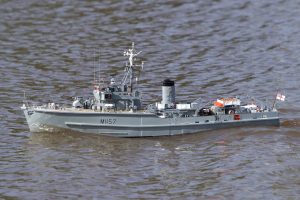 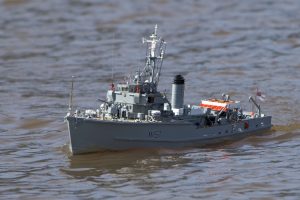 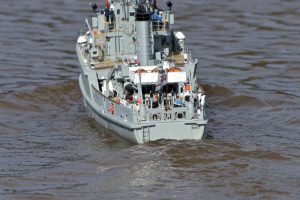 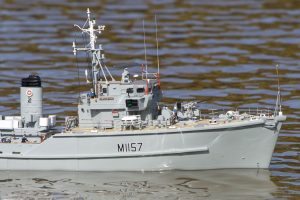 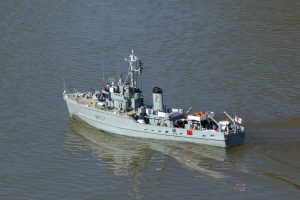 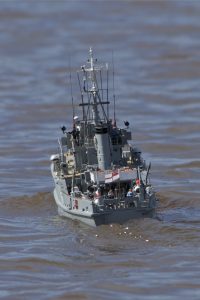 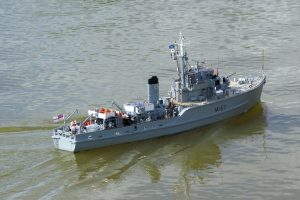 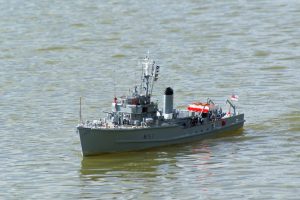 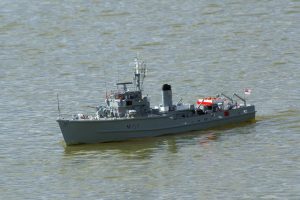 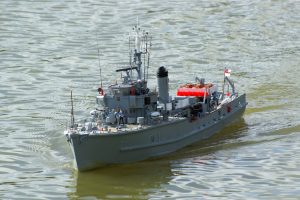 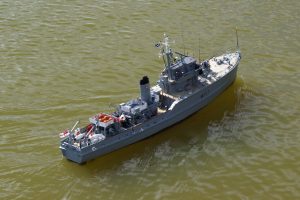 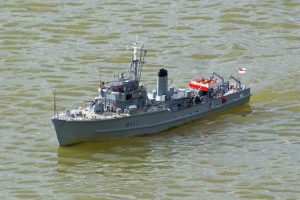 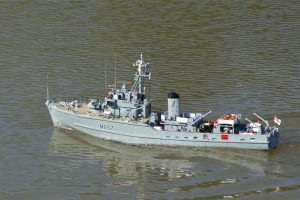 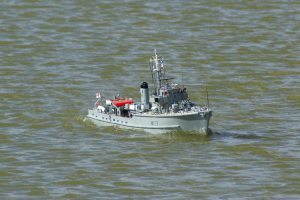 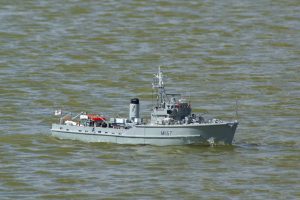 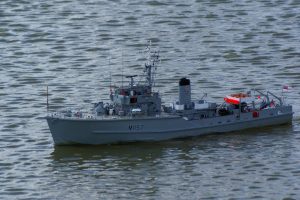