David’s Comments: “A model of the Type 61 Aircraft Direction Frigate to 1/96 scale. The hull is of GRP and was supplied by Cammett Models for a static model, some Cammett etched brass fittings were used to supplement the scratchbuild. The real ship was in service during the 1950/60s and was one of four “Cathedral” class ships, they were diesel powered as steam turbines were not easily available in the post war era.

“She is modelled as she appeared following her major refit with boxed in masts, updated radar fit, twin 30mm machine guns and “chaff” launchers.”
[Other models of David McNair-Taylor]    [other Warship Models] 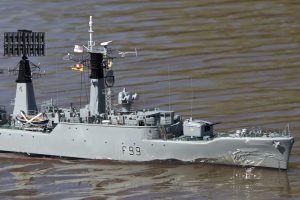 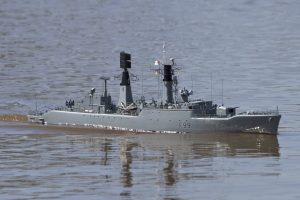 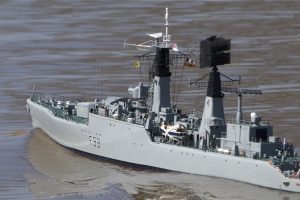 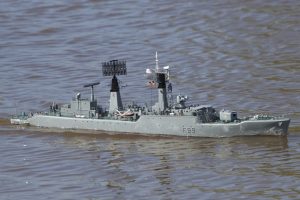 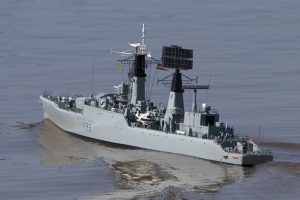 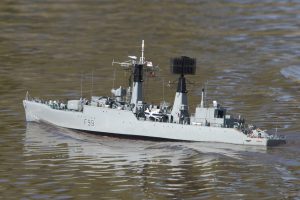 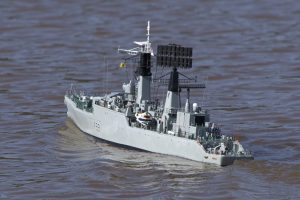 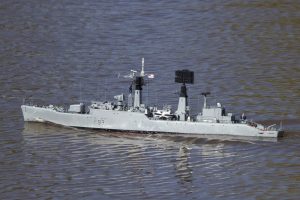 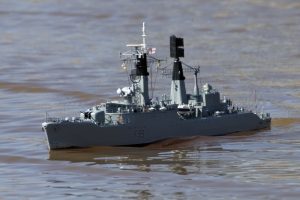 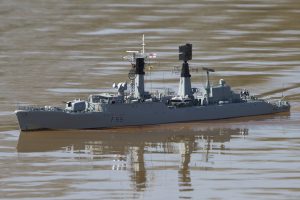 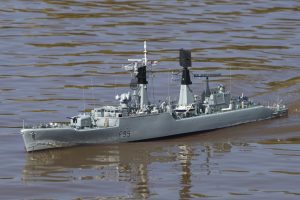 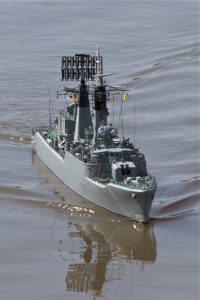 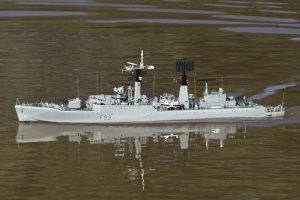 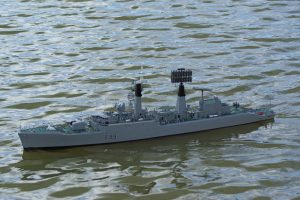 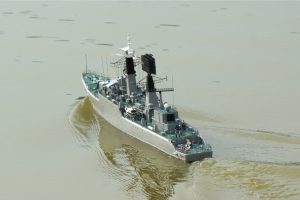 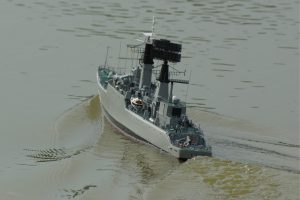 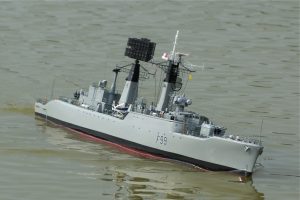 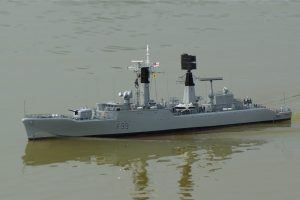 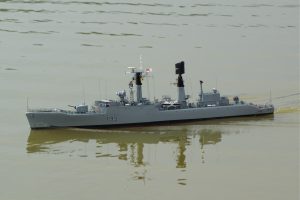 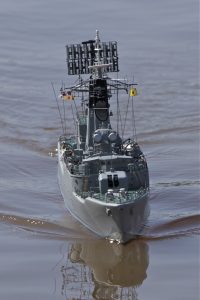 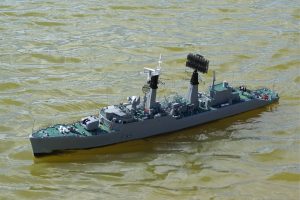 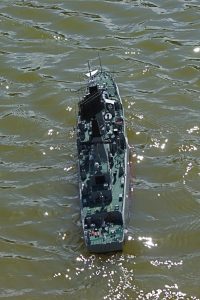 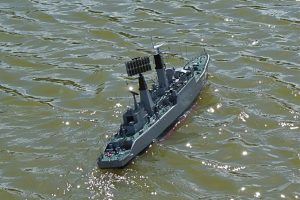 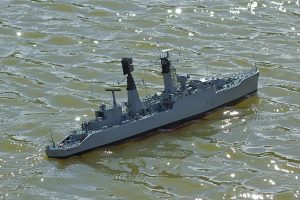