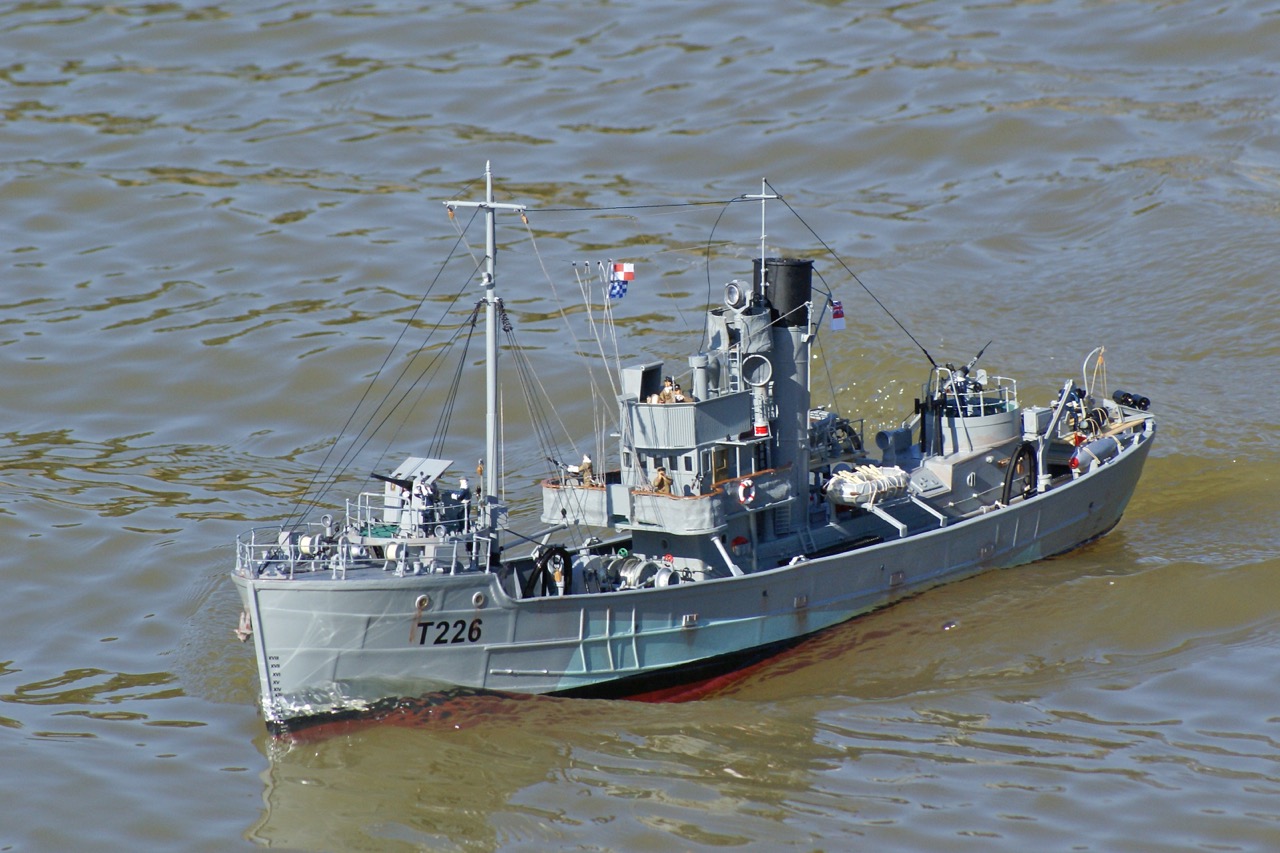 David’s Comments: “My model of this Round Table Class Minesweeper is based on a Caldercraft “Sir Kay” hull with much modification from an “accoustic” sweeper to a “wire sweeper” of which only two of the class, “Sir Galahad” and “Sir Lancelot”, were designed to be. The superstructure in the kit was made of ply and all this was replaced and built using plasticard, some of the kit fittings were used with scratch built items and some Sirmar fittings also required, figures were obtained from Sellick Castings ( no longer in production).

“The real ships were designed and built as minesweepers based on a commercial trawler design “Star of Orkney”. They were manned by members of The Royal Naval Patrol Service often known as “Harry Tate’s Navy” after a popular music hall entertainer who had a car that fell apart during his act, a name adopted to reflect the “make do and mend” attitude required of the RNPS with all the various assortment of vessels they had to use. The “Sir Galahad” survived the war and was sold as a fishing trawler only to end her life wrecked on the West Coast of Scotland with the loss of all her crew.”