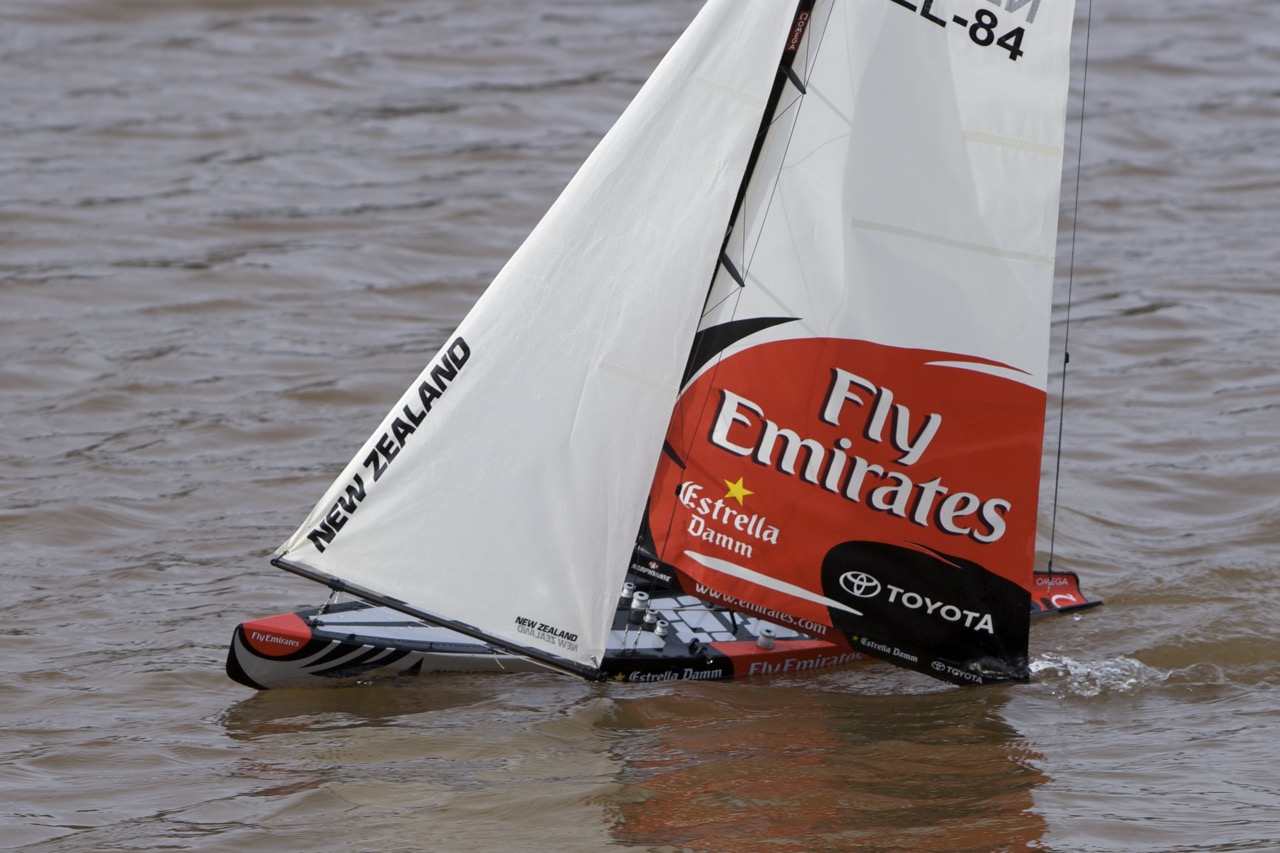 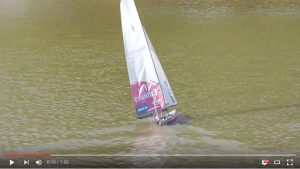 David McNair-Taylor’s Comments: “Built from the “Thunder Tiger” Kit: a nicely pre-finished hull and easy to construct. Not a heavy weather boat as she is over sailed and a reduced rig is required for a “blow” ( not supplied in kit)!!! The deck hatch needs to be sealed with vasaline or grease to ensure a watertight seal. My original kit had a faulty hull and had to be exchanged – but not a general problem with other owners I have met. The main sheet snags on the simulated after sail winch unit and this had to be removed for sailing. I also had to make up a new set of handrails for the bow as the plastic ones in the kit were flimsy and tended to split. ”

“The model is nice to sail in moderate winds and looks great on the water.” 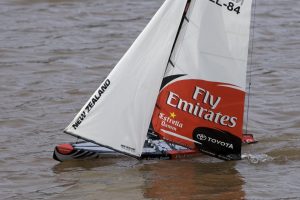 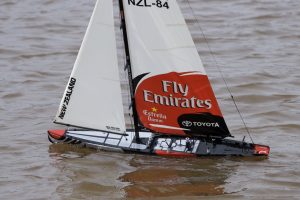 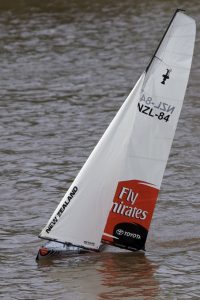 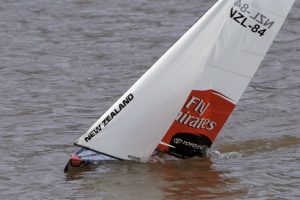 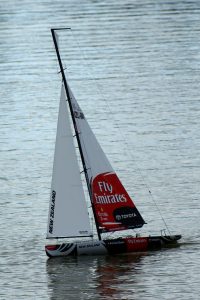 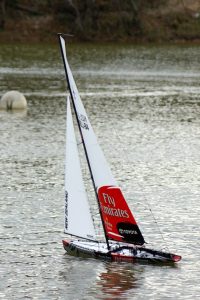 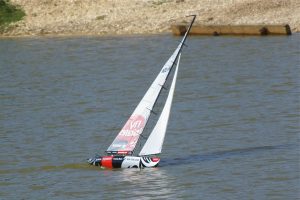 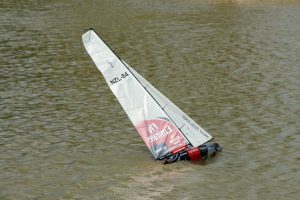 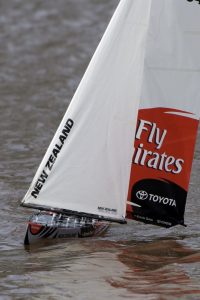