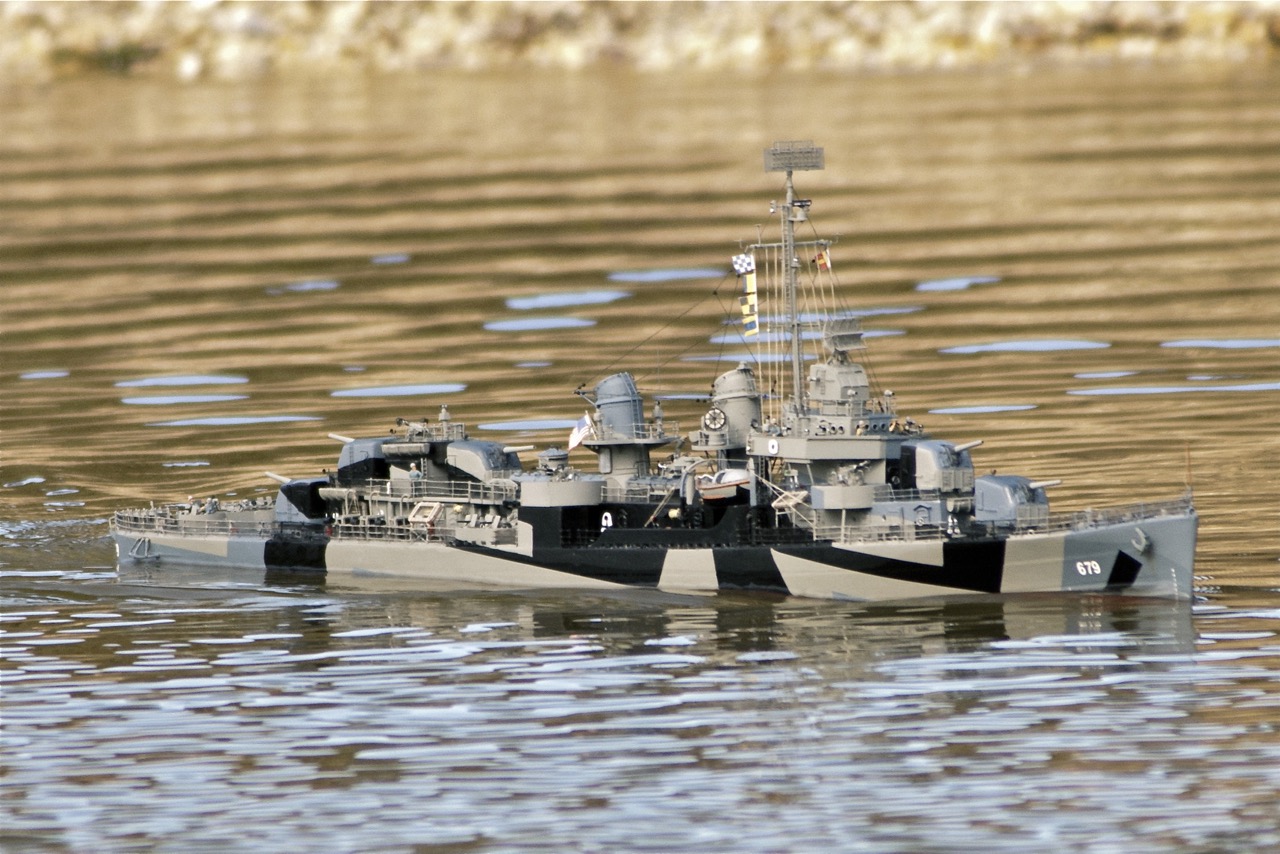 David’s Comments: “Named after rear Admiral Frederick McNair. She took part in most of the major engagements in the Pacific during WW2. As part of Desron 54 on October 25 1944 she was involved in the Battle for Leyte Gulf and was the first ship to pick up the invading Japanese force in Surigao Strait on her radar. The Fletcher Class destroyers had a very advanced radar system and were the first destroyers to have a dedicated Combat Information Centre installed. The anti aircraft fit was improved several times to help combat the Kamikaze threat.

“She was put into reserve in 1945 and put back into active service again for the Korean war in 1950, she continued to serve in an active role until 1963.

“The model is built from a Deans Marine Kit for the later USS KIDD and needed a lot of research, modification and scratchbuilding to represent the ship as she appeared in 1944. The model took some 7 months to build.” 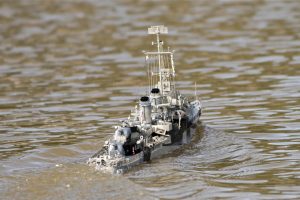 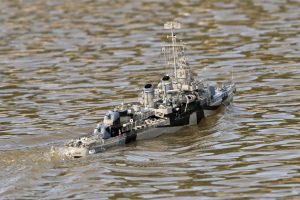 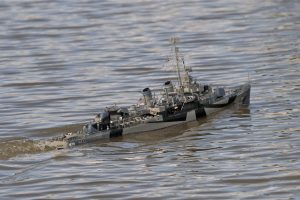 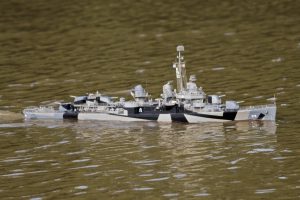 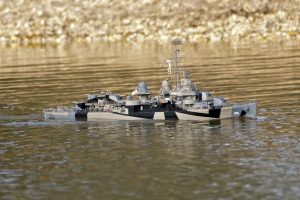 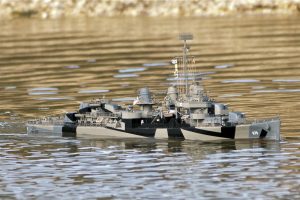 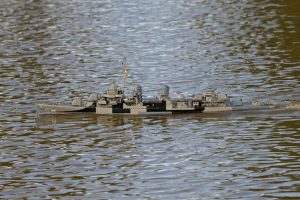 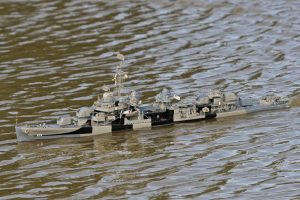 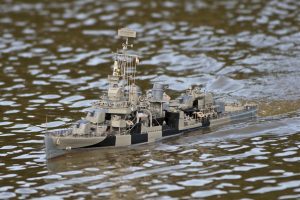