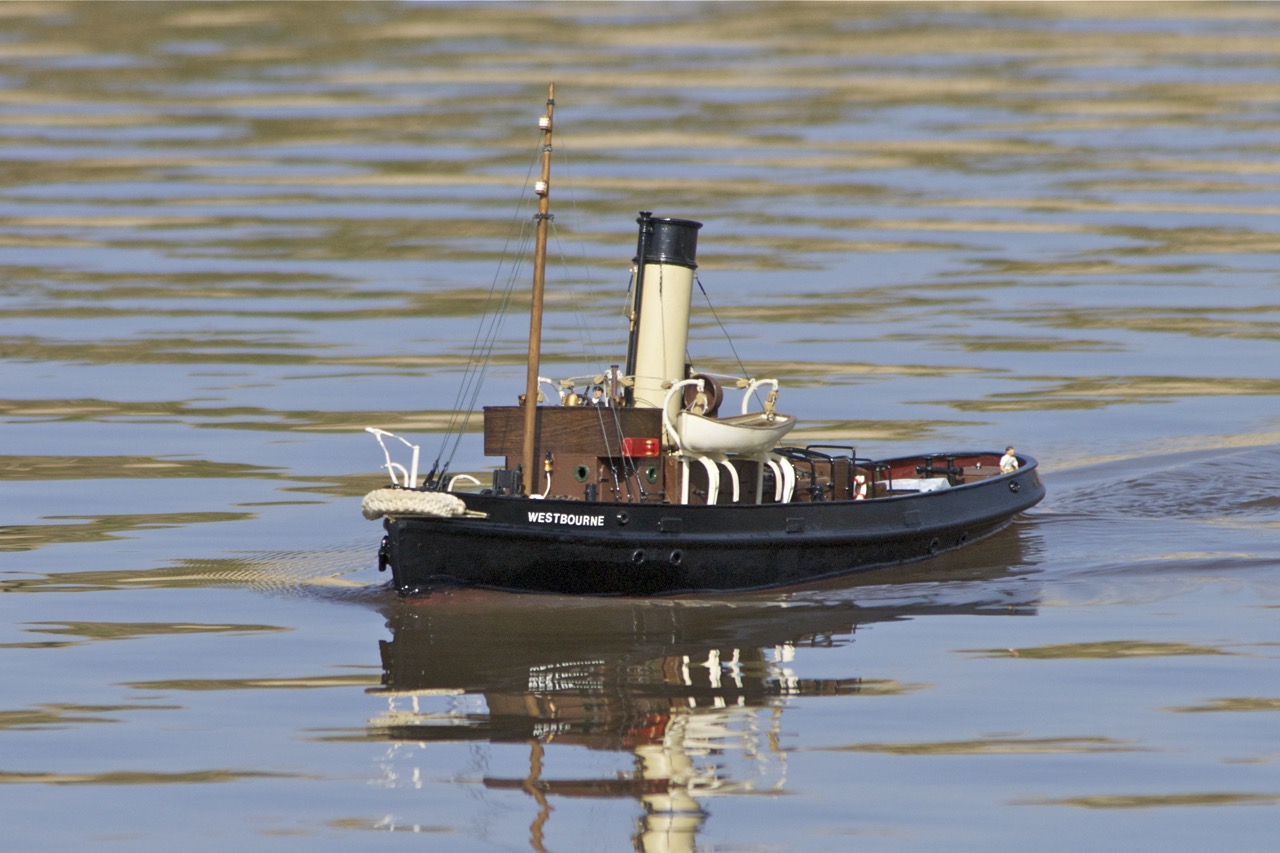 Westbourne was built by Cammel Laird & Co. Ltd. of Birkenhead for the Port of London Authority and used as a tender with the dredger fleet. She was converted to Diesel power in the fifties. The bridge was also fully enclosed. The kit is in the Caldercraft “Minifleet” series. model: Dennis Maxted.
[Other models of Dennis Maxted]    [other Harbour Launches & Similar Models] 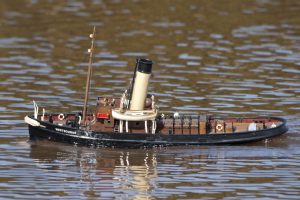 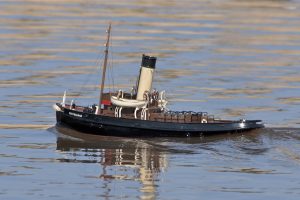 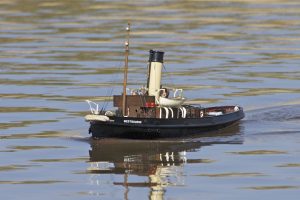 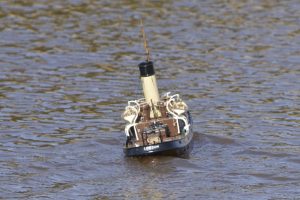 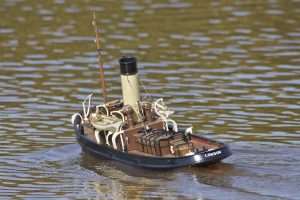 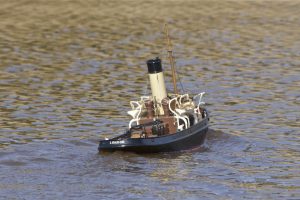