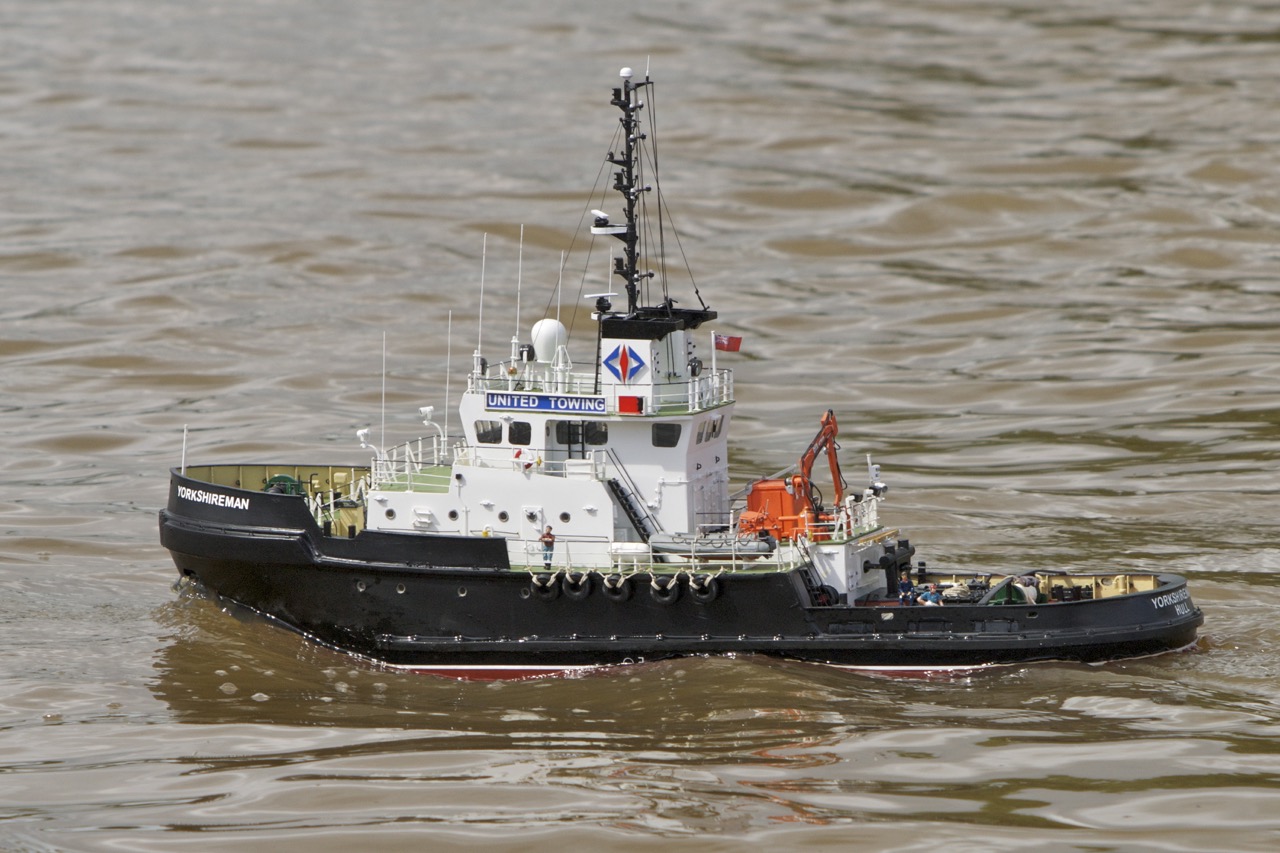 David’s Comments:  “A Model Slipway kit of the salvage tug Yorkshireman operated by United Towing Company of Hull. The real ship was commandeered together with Irishman and Lloydsman to act as a support group for the Royal Navy during the Falklands War, during which she and Lloydsman made an attempt to save the Argentine submarine Santa Fe after she had been disabled and abandoned following air strikes by the Royal Navy’s helicopters. She has since been sold on by United Towing.

The model has twin screws, twin speed controllers and a “Robbe” bow thruster”

[Other models of David McNair-Taylor]    [other Tug Models] 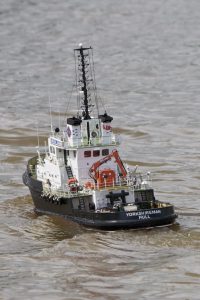 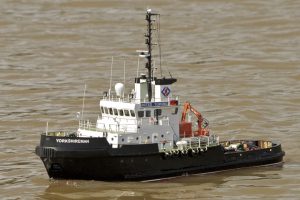 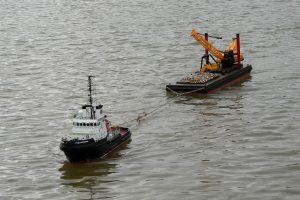 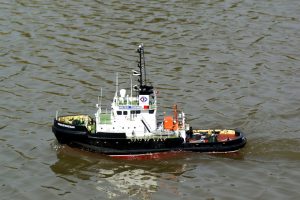 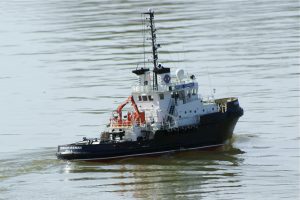 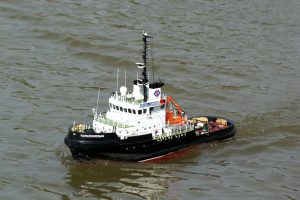 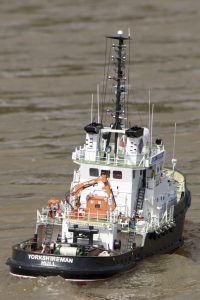 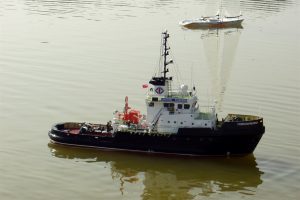 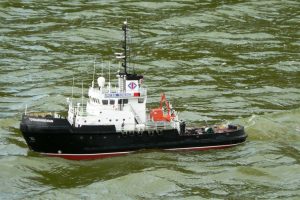 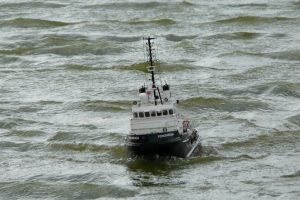 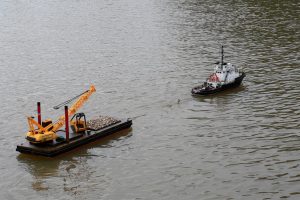 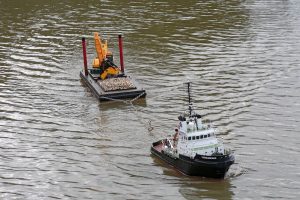 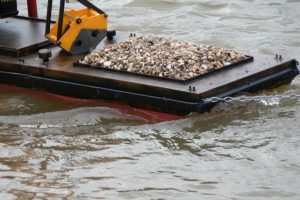 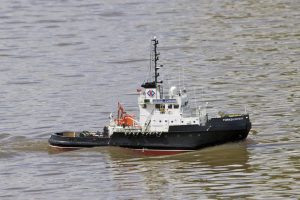 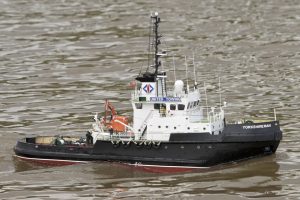 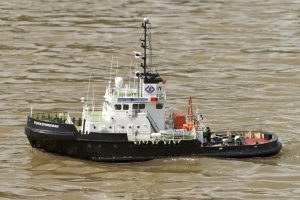 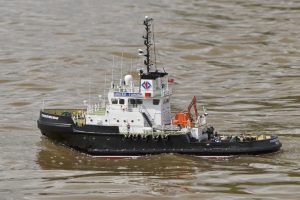 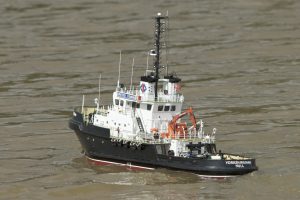 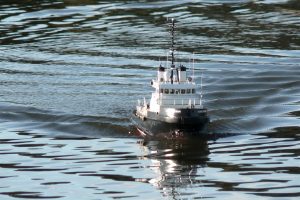 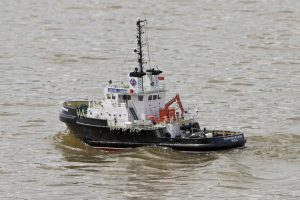