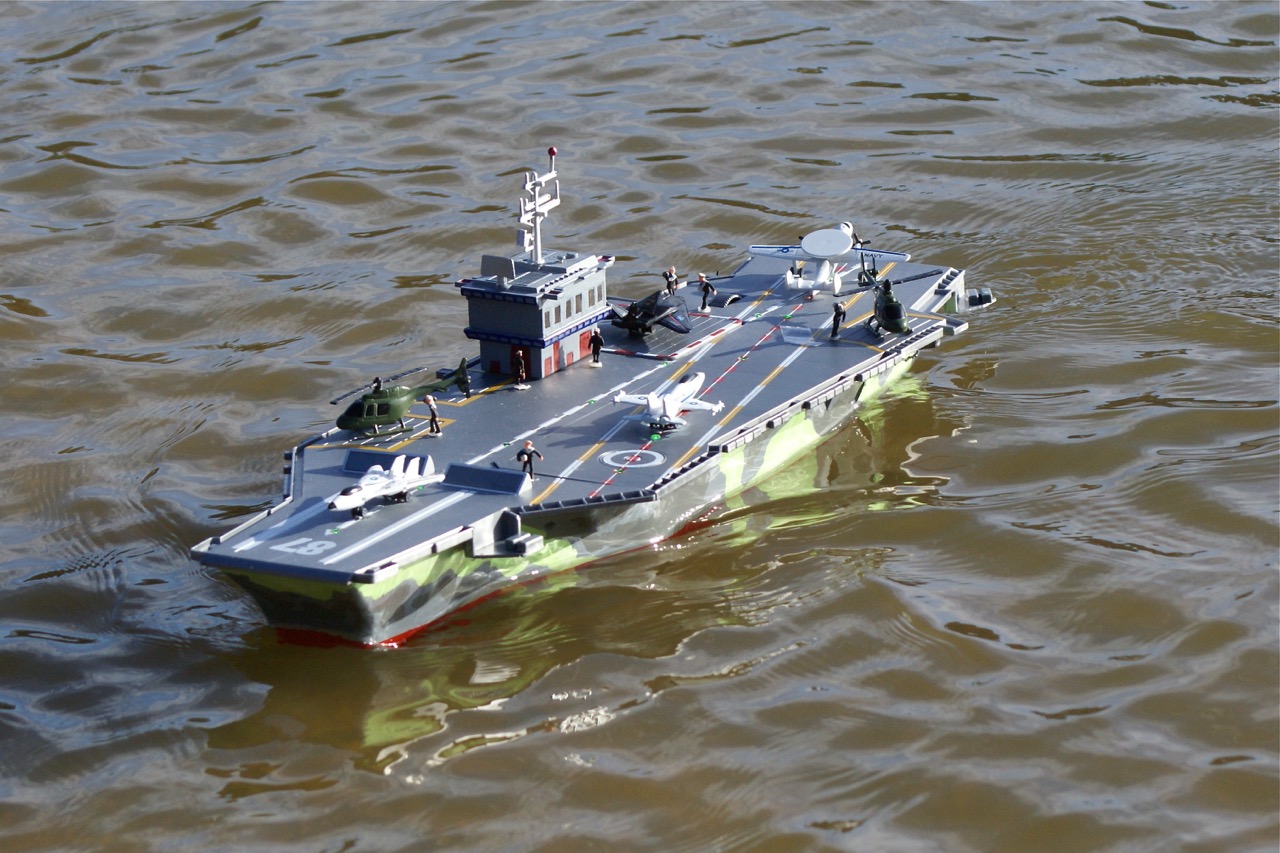 A (relatively) small Aircraft Carrier model by Andrew and Lorna Soffe – Orginally only a toy but converted into radio controlled with flight-deck lights.

[Other models of Lorna and Andrew Soffe]    [other Warship Models] 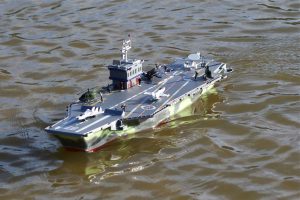 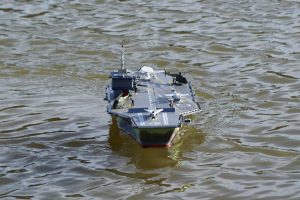 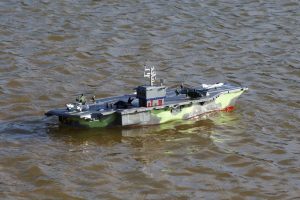 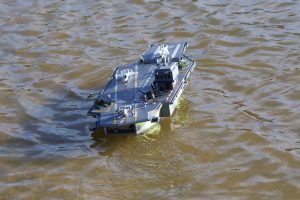 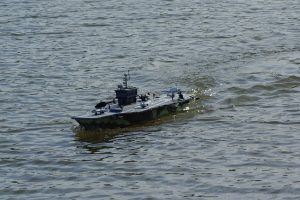 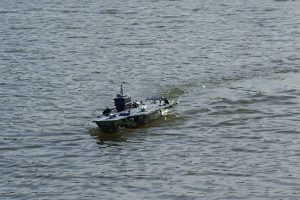 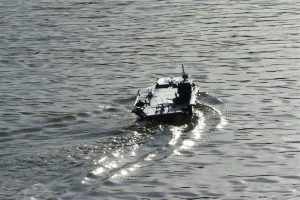 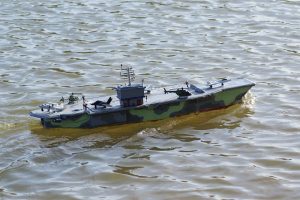