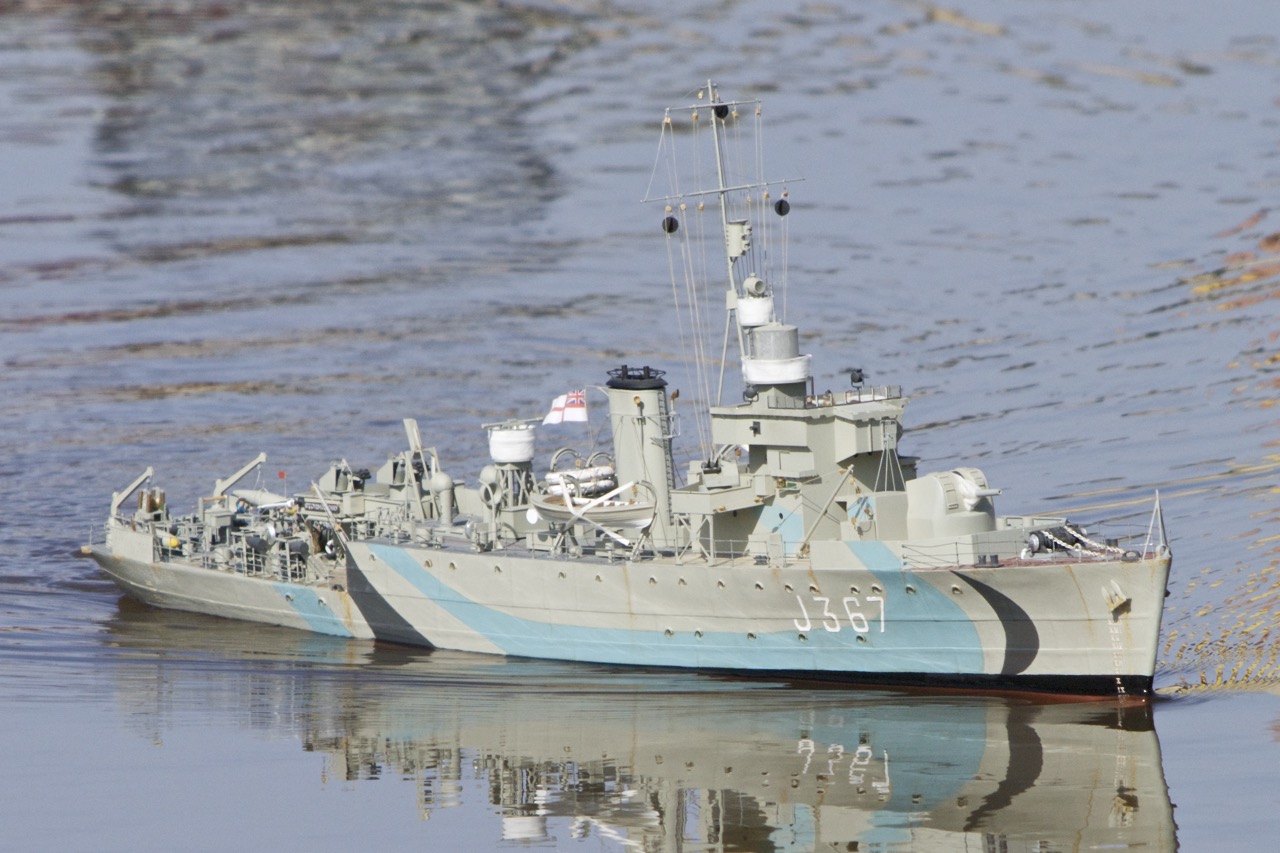 “HMS Stormcloud was an Algerine Class Ocean Minesweeper, one of 110 of these ships built in British yards (Harland and Wolf), and Canadian yards. This was one of 18 built by the family firm of Lobnitz on Clydeside. Algerines were the largest ships built in this yard and can be recognized by the collander-effect bulwark, aft on each side of the sweep-deck.

“All British Algerines carried old Royal Navy names- Truelove, Welcome, Welfare, Sylvia, Rowena etc,etc and this ship, Stormcloud, which was completed 28/4/44. They were very efficient ships able to handle all the different types of mine then in use; they were present at the D Day landings, did Arctic Convoying, as well as general minesweeping operations which continued until long after WW2. In the 1950s they were much involved in The Cod Wars.

“The model is to a scale of 1:72, is scratch-built from original plans, taking about two years to complete. She is depicted in her camouflage scheme as worn by several other Lobnitz Algerines also, as well as a number of the Canadian ships of this class. 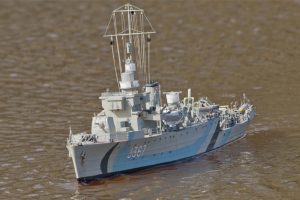 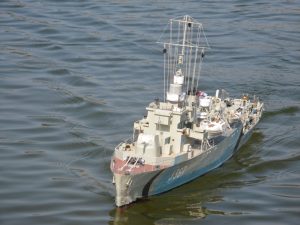 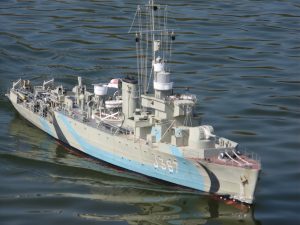 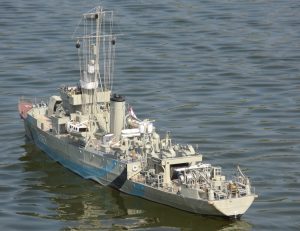 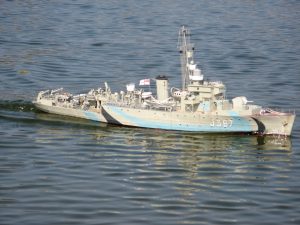 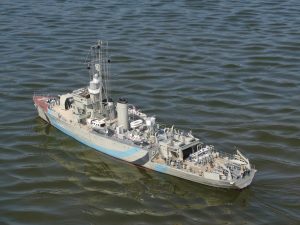 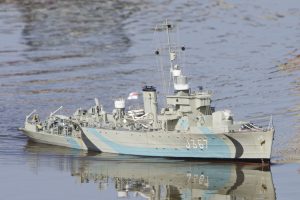 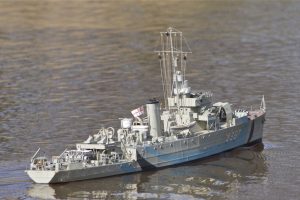 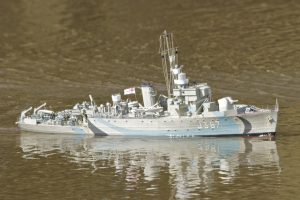 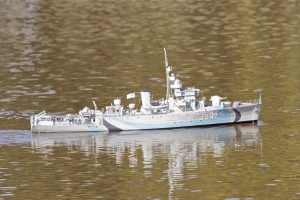 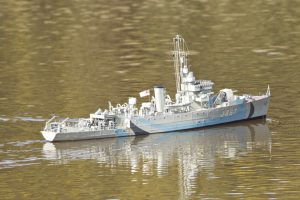 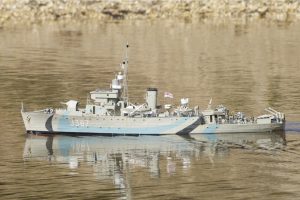 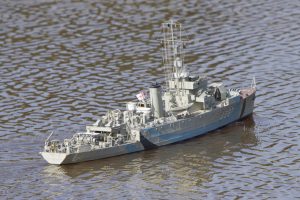 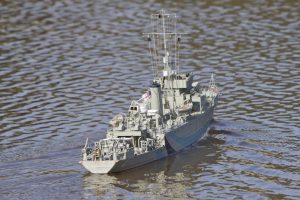