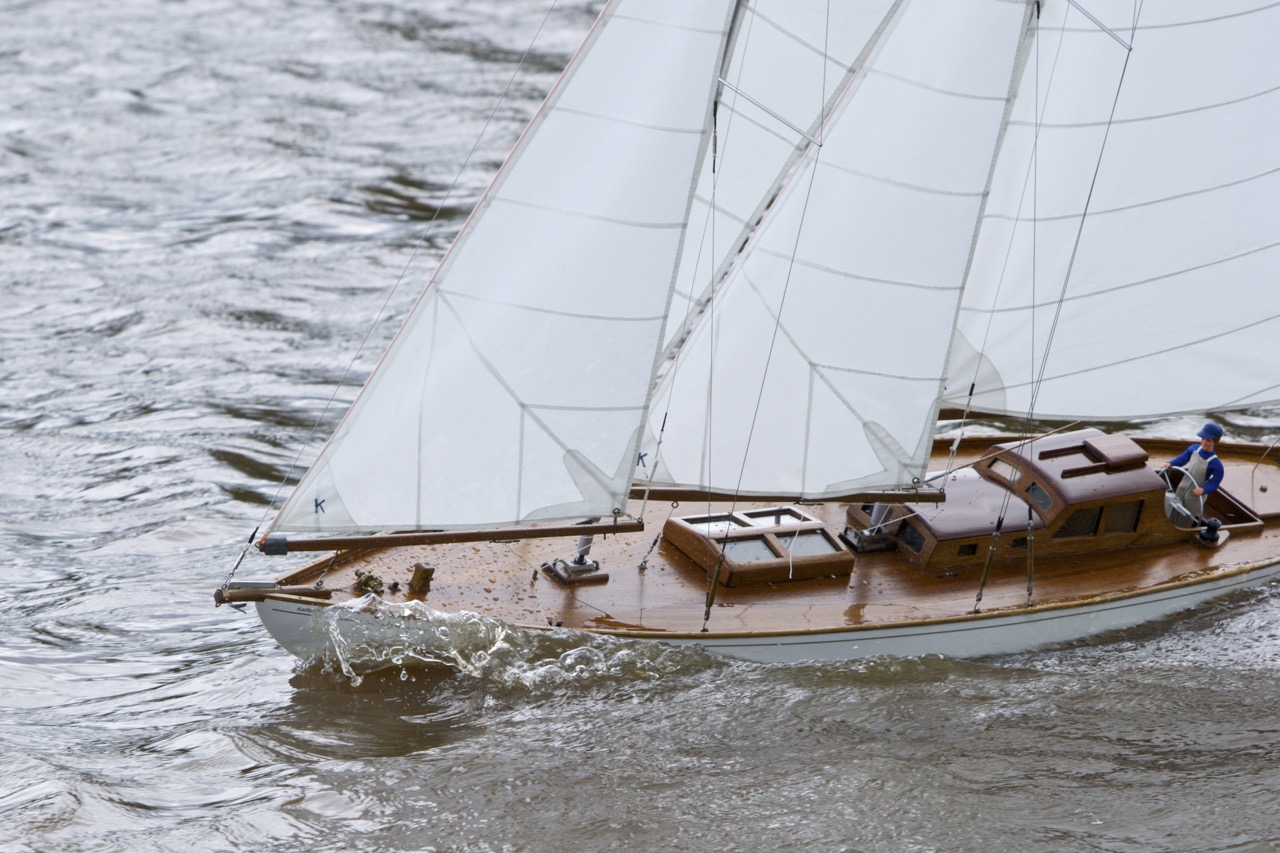 An impressive model of a wishbone schooner, a type of rig which seems to have been most popular in the early 20th century.  Model: Nigel James…

“Kathleen is a scratch built semi scale model of a wishbone schooner. The model is based on the Argus design by H E Andrews featured in Marine Modelling magazine in December 1955. Built by my brother in the mid 60’s it hardly saw the water then, and spent many years as a display model ending up forgotten in his loft. Rediscovered in 2010 it has been completely refurbished to give it a new lease of life.

“The plank on frame hull has been externally glass sheathed, the masts and rigging replaced, and new electrics fitted. The sails are original but had to be restitched due to UV damage. The rudder has been doubled in area to give better control. At nearly 1600mm (63in) long and weighing in at 22kg (50lb) it has a tendency to keep going in one direction. Even with the new rudder it does not turn quickly, so be warned!”

[Other models of Nigel James]    [other Cruising Yacht Models] 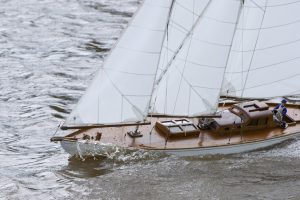 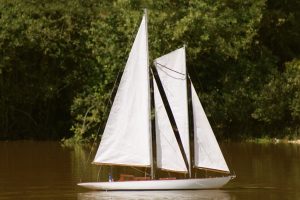 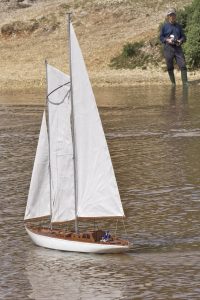 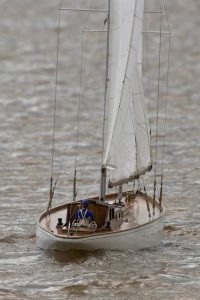 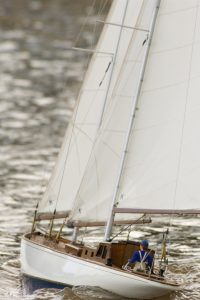 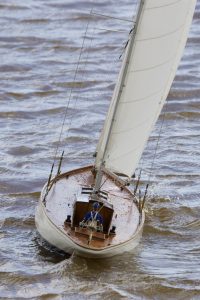 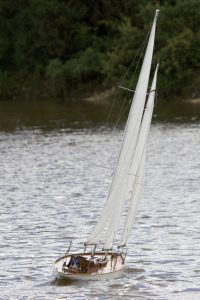 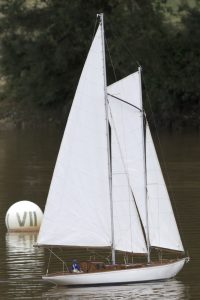 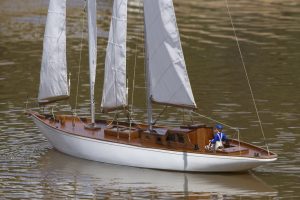 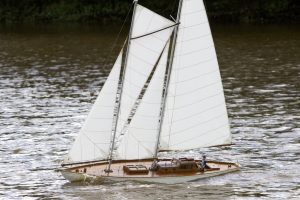 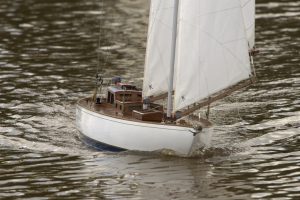 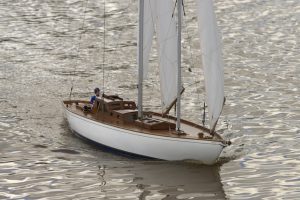 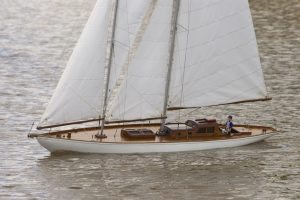 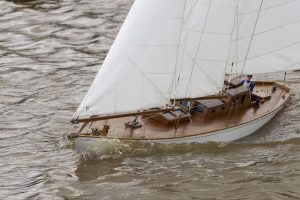 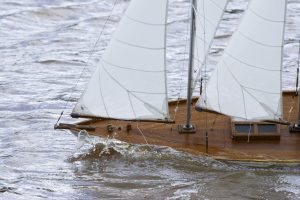 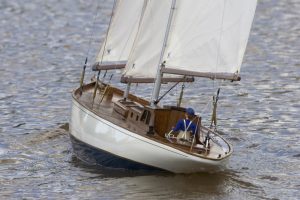 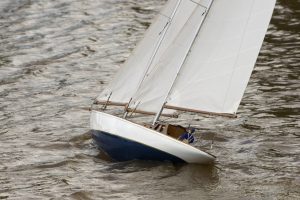 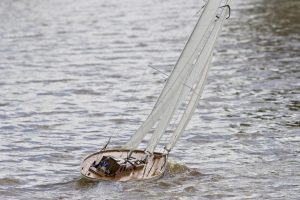 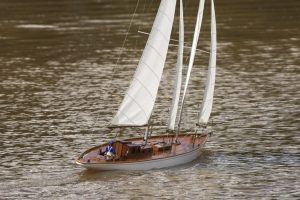 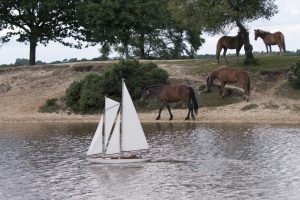 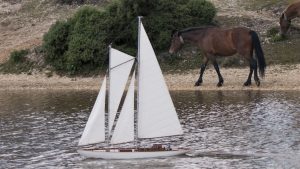