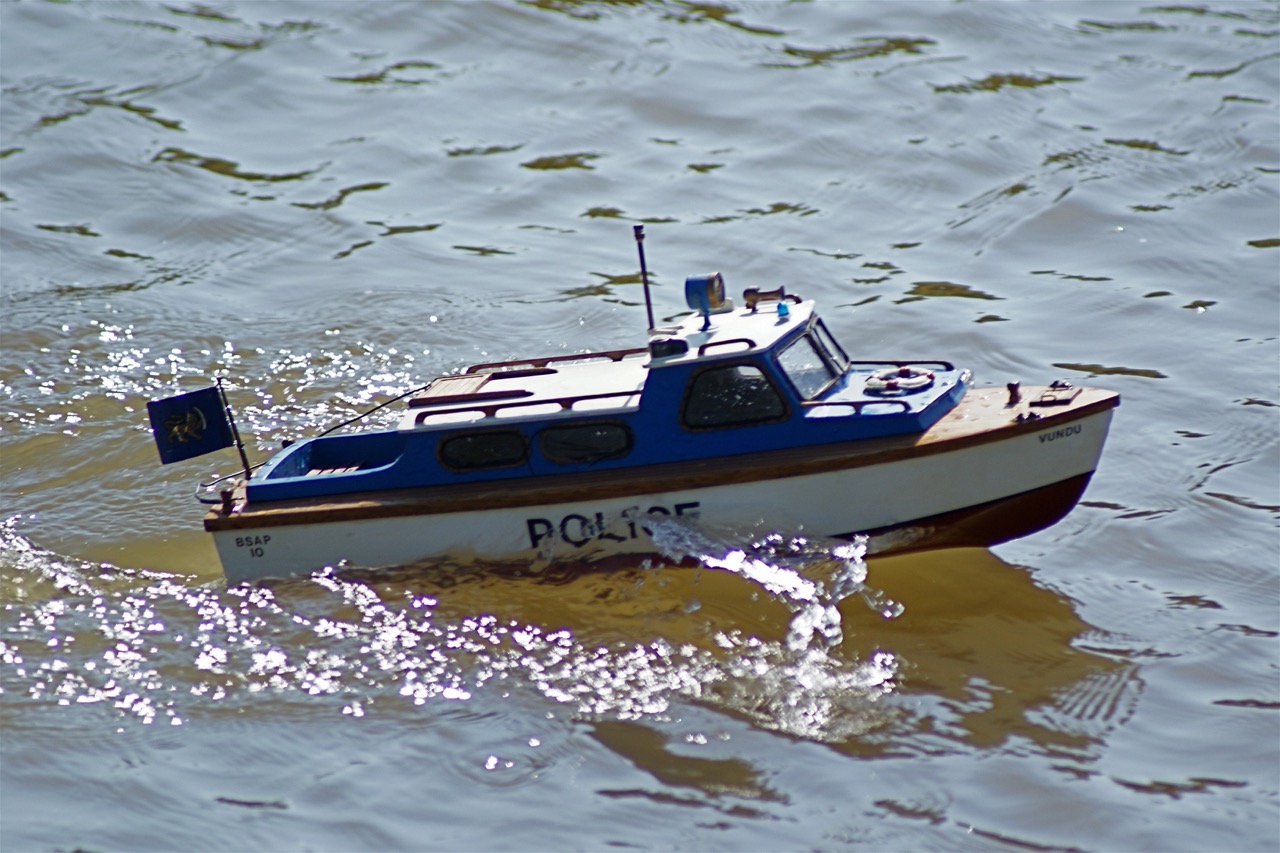 Police Launch, based on a Rhodesian BSAP (British South Africa Police) launch based at Kariba (Kariba Harbour is on the Rhodesian, now Zimbabwean side of the lake).

The original boat was built in Salisbury, Rhodesia in the mid 1960’s, make was Seven Seas, and she was 27ft on Waterline. Made of home grown plywood (Mukwa), and meranti framed. The one thing she had in common with the model was that she was a very wet boat, even sitting at the back! Now I have altered the stern, the model is a pretty good replica. Powered by 480 BB , Hitec Speed Control, Hitec receiver etc. Built from a Model Products kit, from “mugongo” which was our answer to balsa because of trade sanctions. The kit was produced by my friend Mervyn Ward, even to the precut cabin etc., produced by using a steel packing band, sharpened on one edge, set into epoxy! Quite ingenous for the time. The numbering etc on frames/precuts was applied using a kiddies rubber stamp type lettering set.

[Other models of Peter Gargan]   [other Coast Guard & Similar Models] 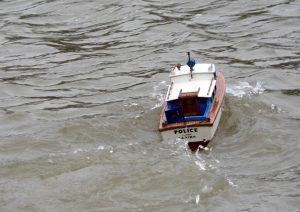 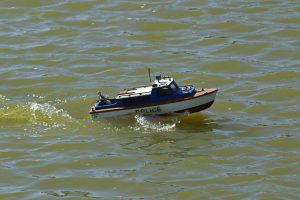 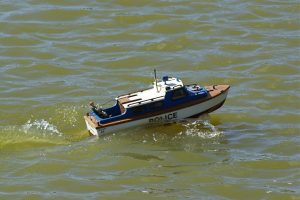 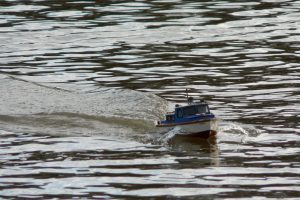 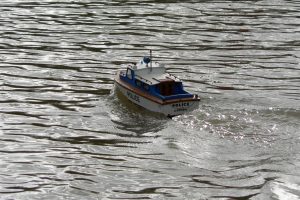 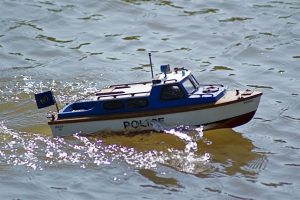 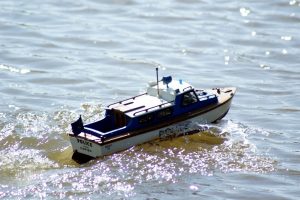 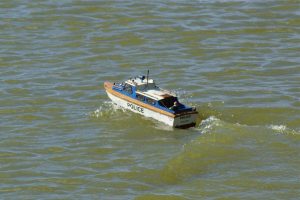 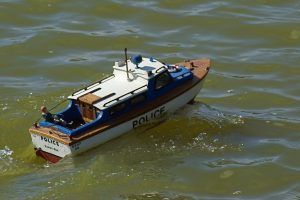 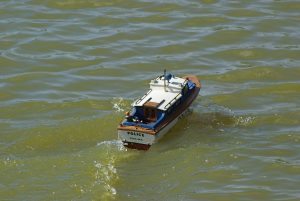