The number of races per series has varied significantly and it has been suggested that we should aim for four, approximately equal, series per year. To this end, it has been necessary to race a short winter series up until March 2017 – the Racing Programme for achieving this is shown below (click on it to enlarge) and can also be viewed or downloaded as a PDF file using the link above. The Spring and Summer programmes will be published soon. 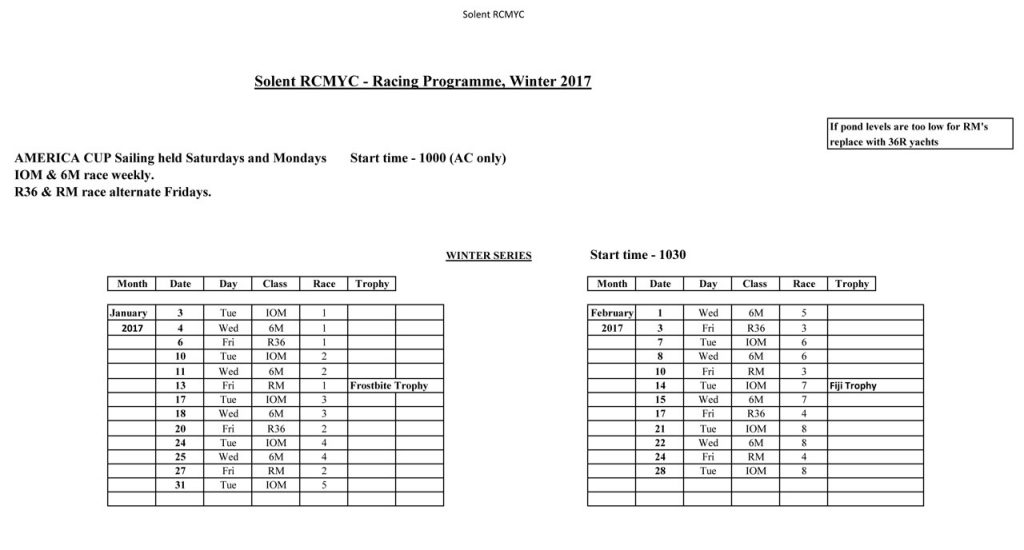