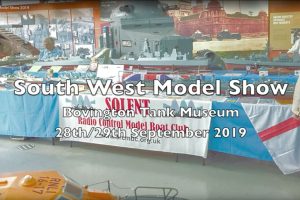 Click for video by Penny Coombs of the Club Display Stand

Despite the poor weather over the two days we had a reasonable number of visitors to the show although there were considerably fewer clubs and traders than in previous years.

We set up on the Friday afternoon to avoid the mad rush on Saturday morning and the stand display comprised four lifeboats and fourteen warships.

Below are some photos from David McNair-Taylor of the club stand, and also photos by Graham Coombs showing the models in more detail – and even some aerial views of the stand! 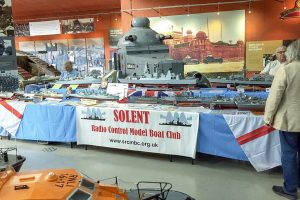 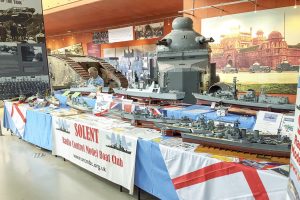 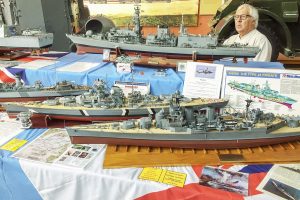 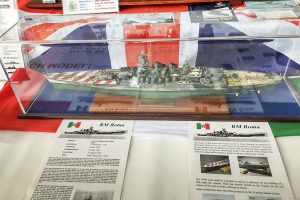 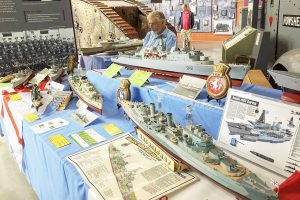 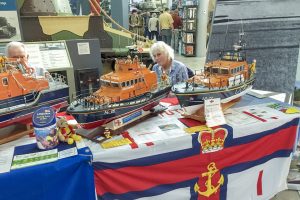 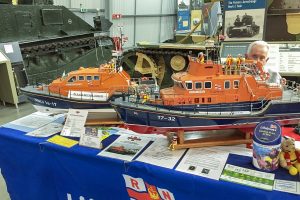 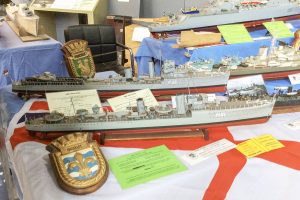 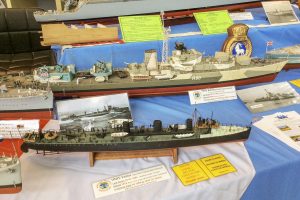 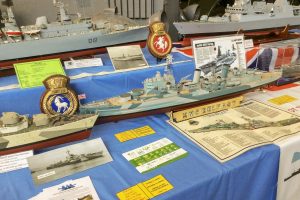 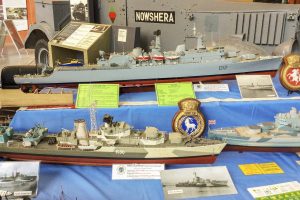 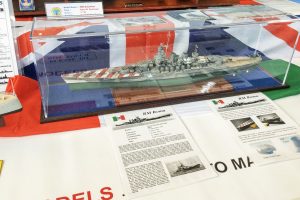 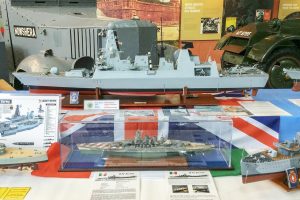 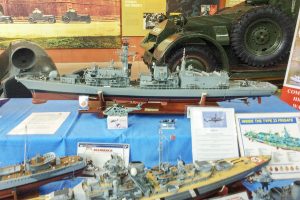 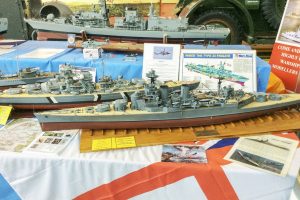 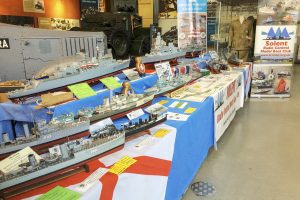 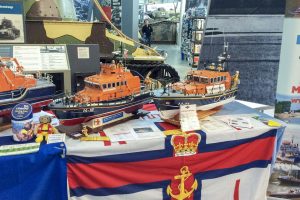 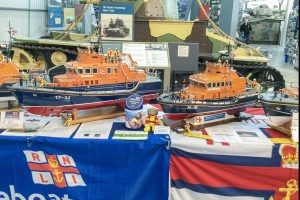 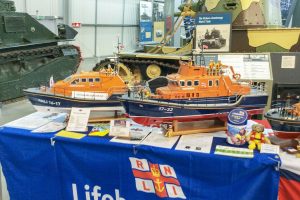 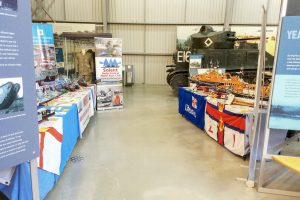 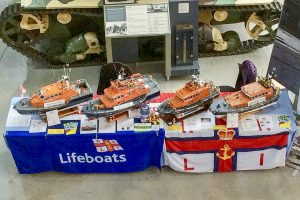 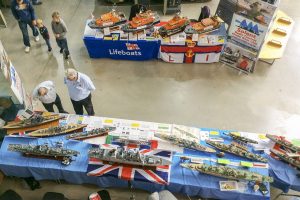 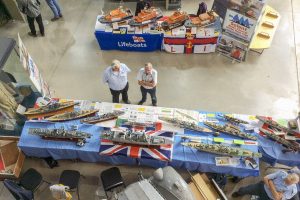 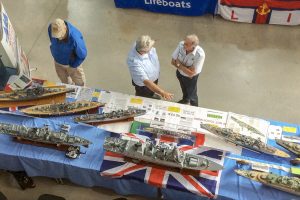