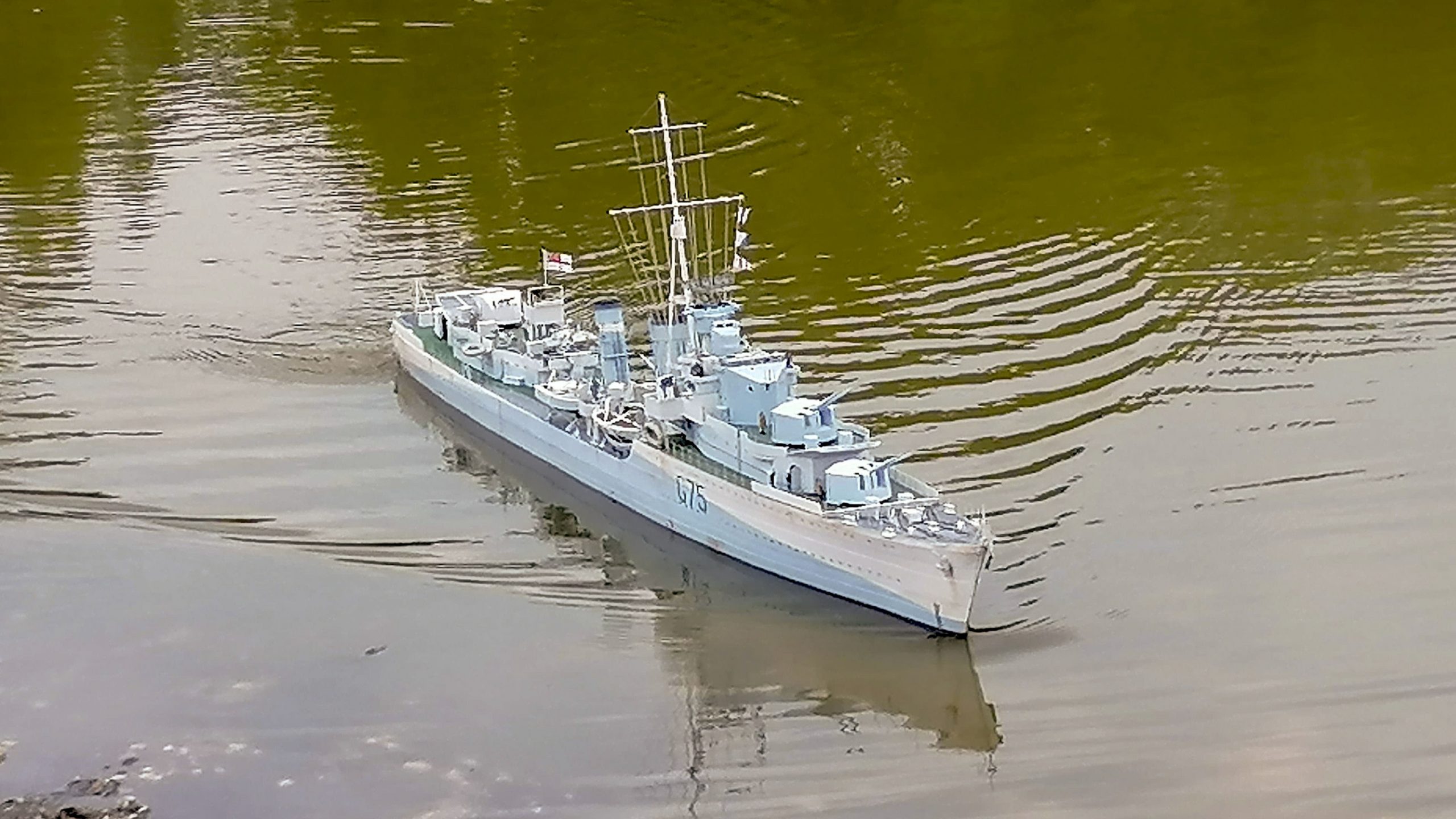 HMS Eskimo was one of a large number of Tribal Class destroyers all of which saw much action during the war. She was built by Vickers-Armstrong and launched in 1938. At the second battle of Narvik she had her bows blown off but survived to be rebuilt. Later she took part in both Arctic and Malta convoys. In these photos she is depicted as she appeared during this period,in her Western Approaches camouflage scheme and heavily weathered.
The model is 1:72 scale is almost entirely scratch-built from original plans and was begun in 2017. She is powered by twin shafts and contains a small smoke unit.
[Other models of John Edwards]    [other Warship Models] 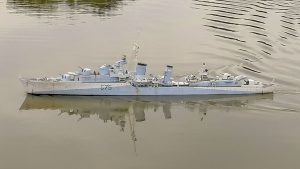 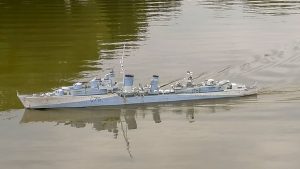 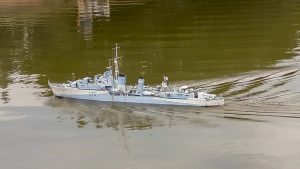 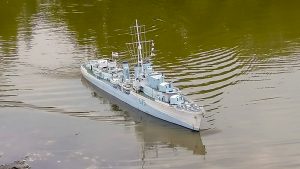 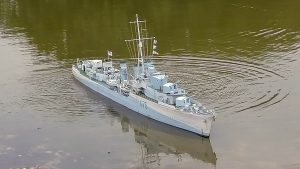 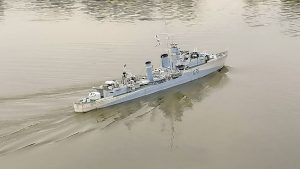 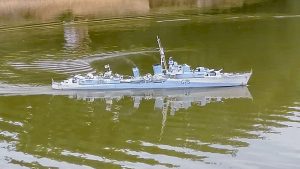