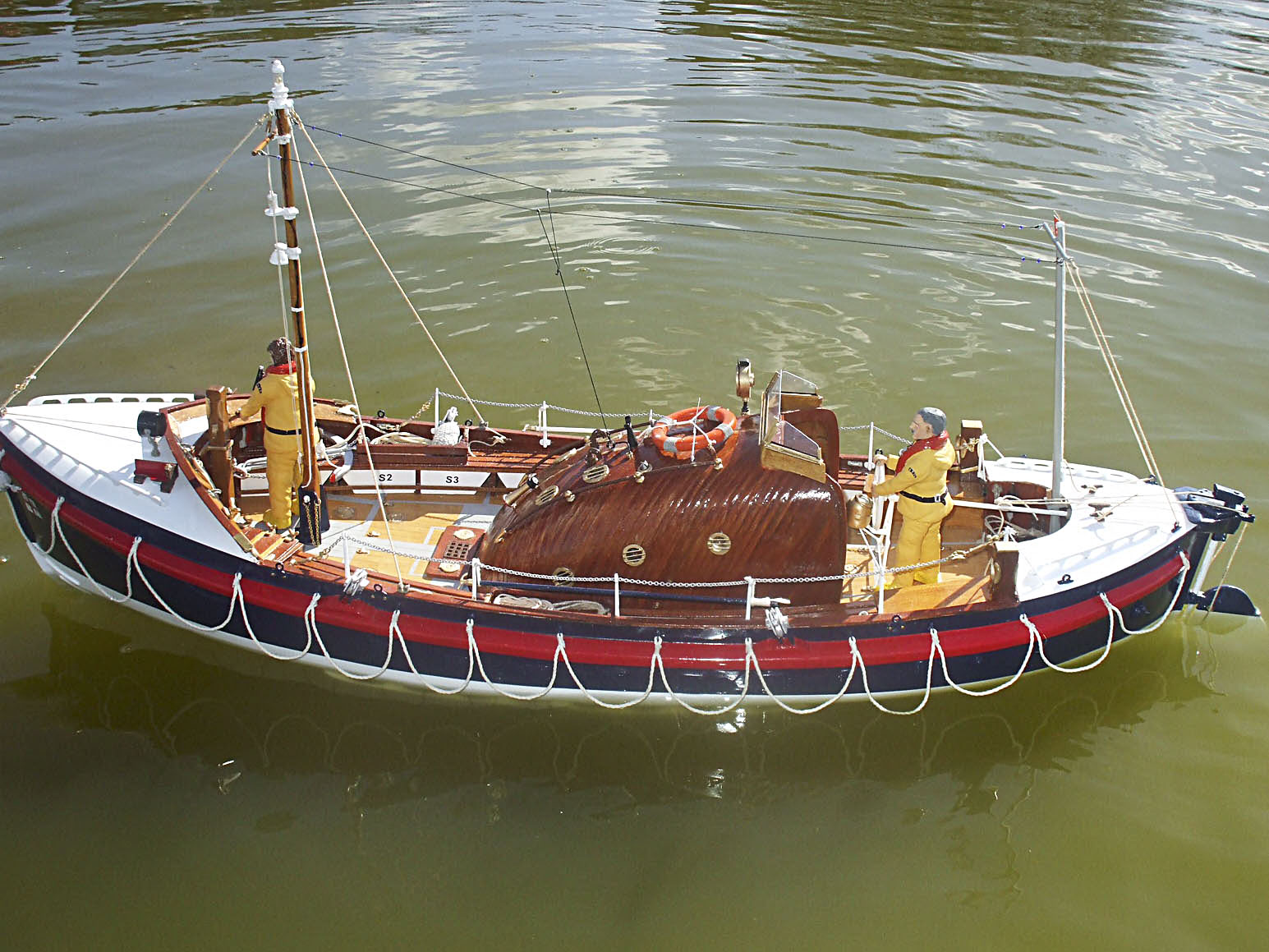 The Liverool class was based on the 35 ft 6 in (10.82 m) self-righting motor lifeboat introduced in 1929, but had greater beam (10 ft (3.0 m) rather than 8 ft 10 in (2.69 m)) and much shallower endboxes. The shelter was extended forward to cover the engine compartment, which was watertight and allowed the engine to continue to operate as long as the air intake was not submerged. The single propeller was protected by the keel. The twin-engined variant was visually very similar but had 8 in (20 cm) more beam and the twin propellers were in protective tunnels.

This 1/12 scale model is of the twin screw “RNLB Grace Darling” which was based in Seahouses, Northumberland from 1954 to 1967. She is now displayed in the RNLI Lifeboat Museum in Chatham Historic Dockyard.

The model is built from Dave Metcalf’s comprehensive kit with some modifications and scratch built parts.  It has taken some 14 months to build and is based on a GRP hull with much wood used in construction, the cabin is a GRP moulding covered with mahogany strips and some 14 coats of gloss varnish used to get the required finish. She is powered by two 400 motors and also has working nav lights.