Following a resolution at the 2015 AGM the Scale Section have “Sponsored a Puppy” under the Guide Dogs training scheme. The first puppy to be sponsored was “Zeb”: 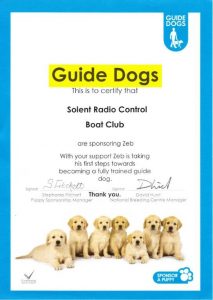 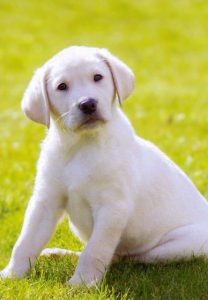 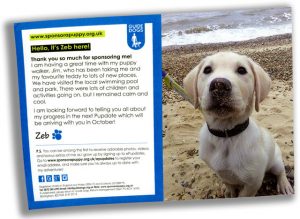 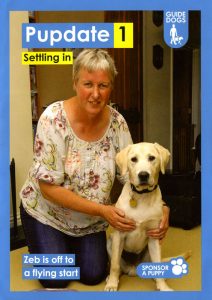 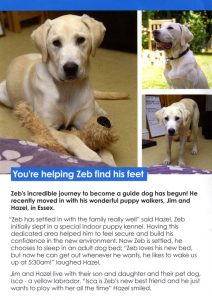 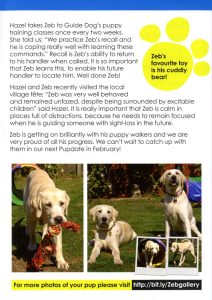 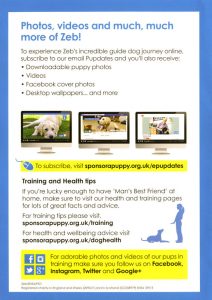 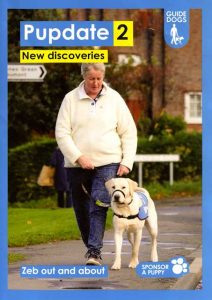 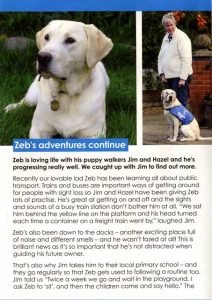 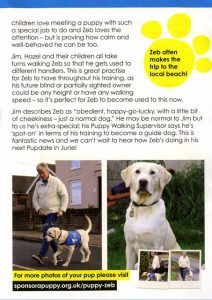 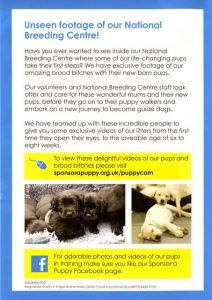 Unfortunately “Zeb” had started showing signs of nervousness when out on a lead so he was retired from training to become a much loved pet. A new dog “Ava” had started to be trained… 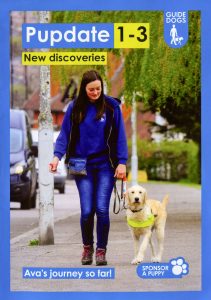 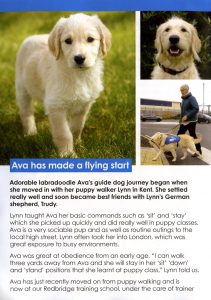 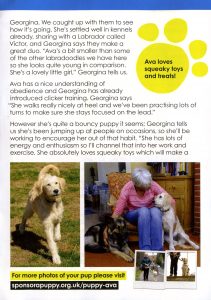 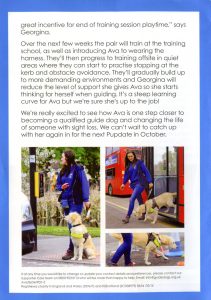 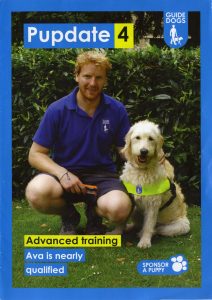 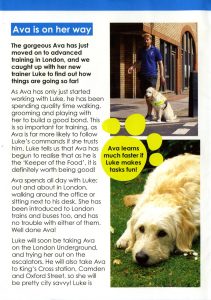 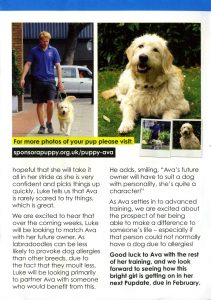 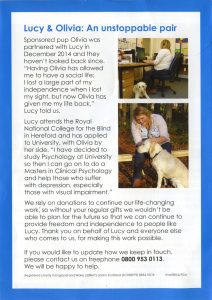 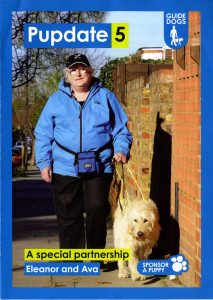 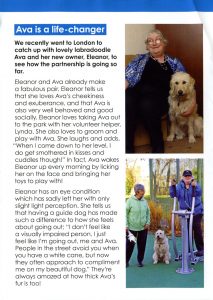 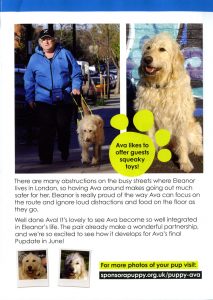 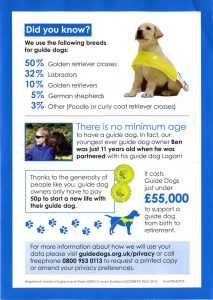 “Postcards” from Zeb and Ava: 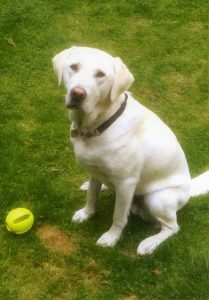 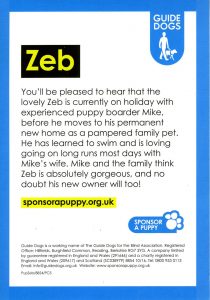 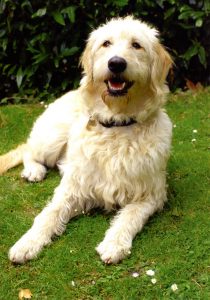 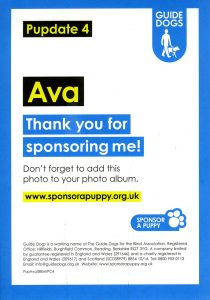 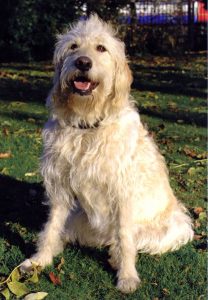