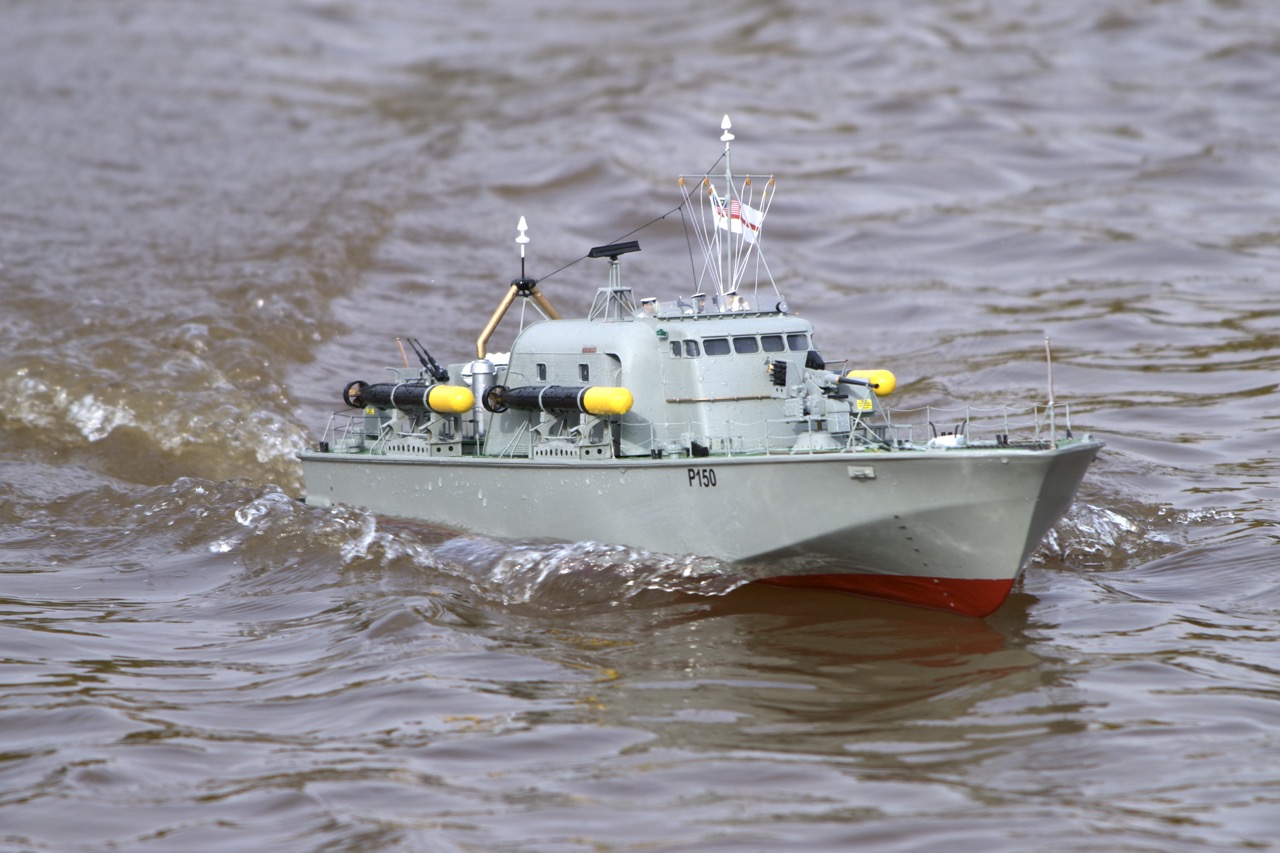 David’s Comments: “This model is constructed from a Chinese “Hooben” Kit purchased on the internet but needing a lot of modification to the fittings, many of which were brittle plastic and not strong enough to stand up to regular handling and sailing. She has three motors running on 8.4 volts and has a Graupner sound unit installed, figures are by George Turner and scale bronze props by Propshop.” 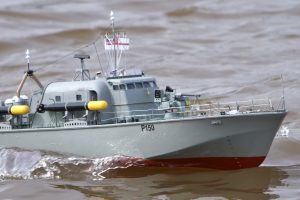 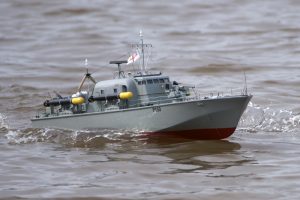 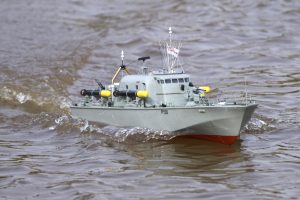 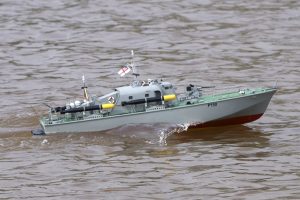 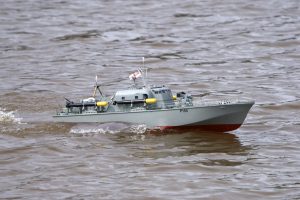 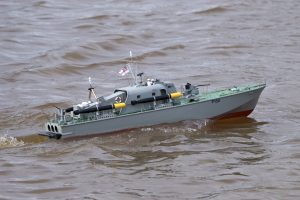 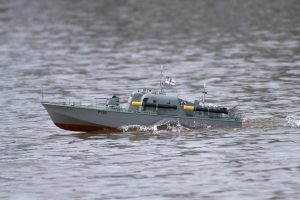 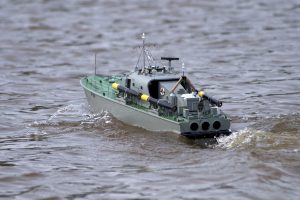 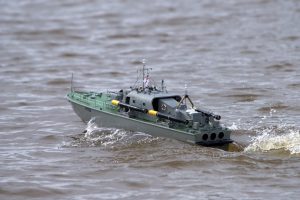 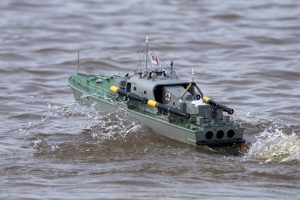 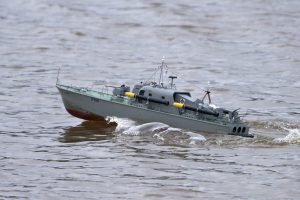 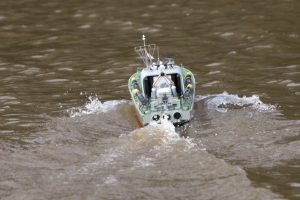 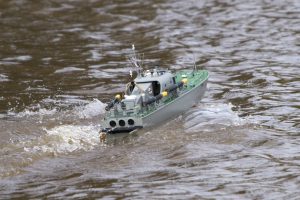 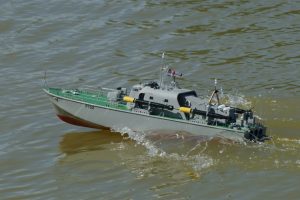 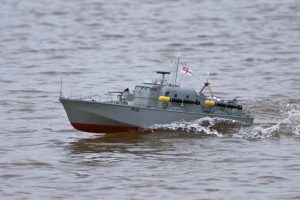 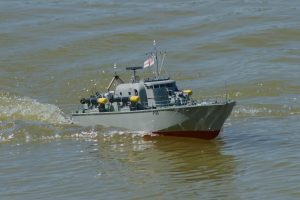 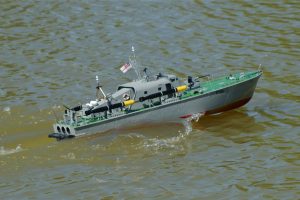 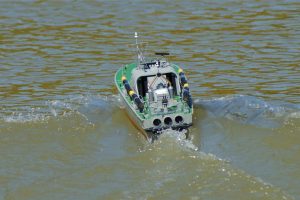 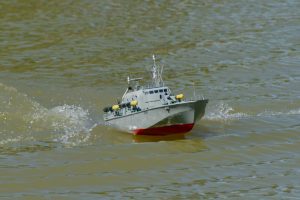 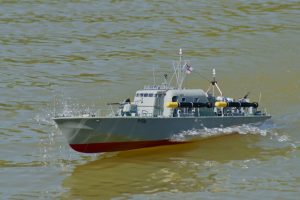