The Steering Competition for the Richard Graham Trophy took place on Sunday, 1st June, 2008. As usual John Frost had designed a fiendish course which was different for small and large boats. (The definition of small and large boats is as follows. Using units of inches, Max L.O.A. x Max Beam = A square inches. If A is 199 or less it is a small boat. If A is 200 or more, it is a large boat.) Despite the late intervention of the Griggs family, who usually do well, the prize was won by a clear round from our Scale Captain, David McNair-Taylor. He then had the embarrassing honour of presenting the prize to himself! The Steering Competition held on 1st June 2008 for the Richard Graham Trophy was won by David McNair Taylor with a clear round. (Photographs: Peter Taylor). 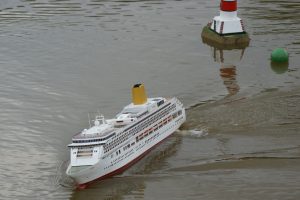 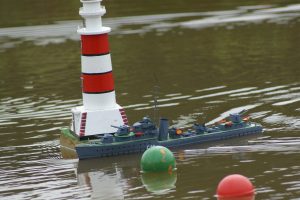 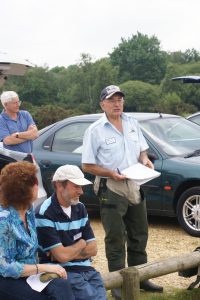 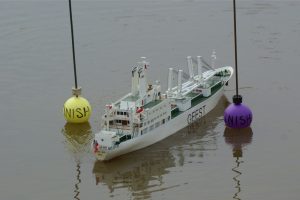 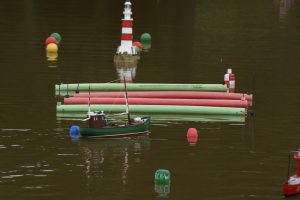 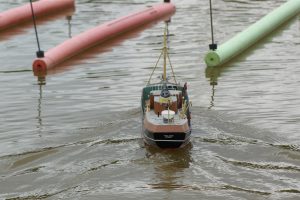 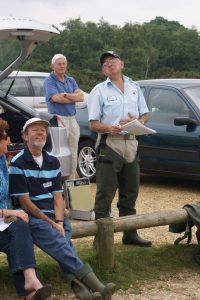 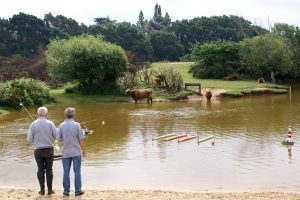 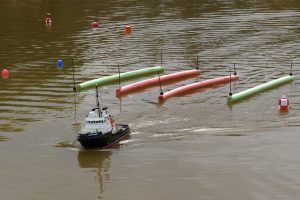 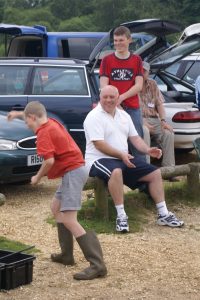 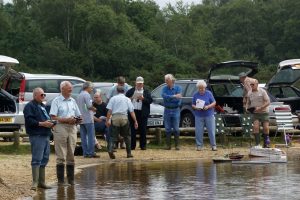 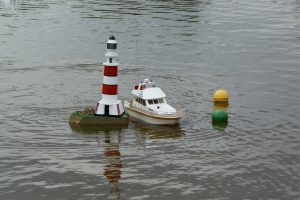 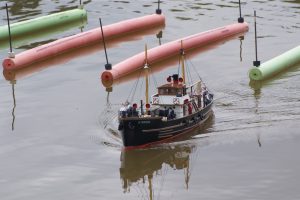 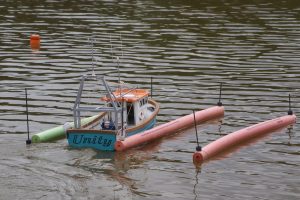 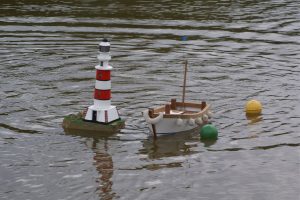 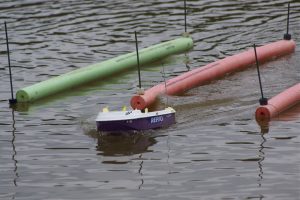 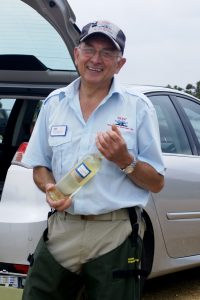