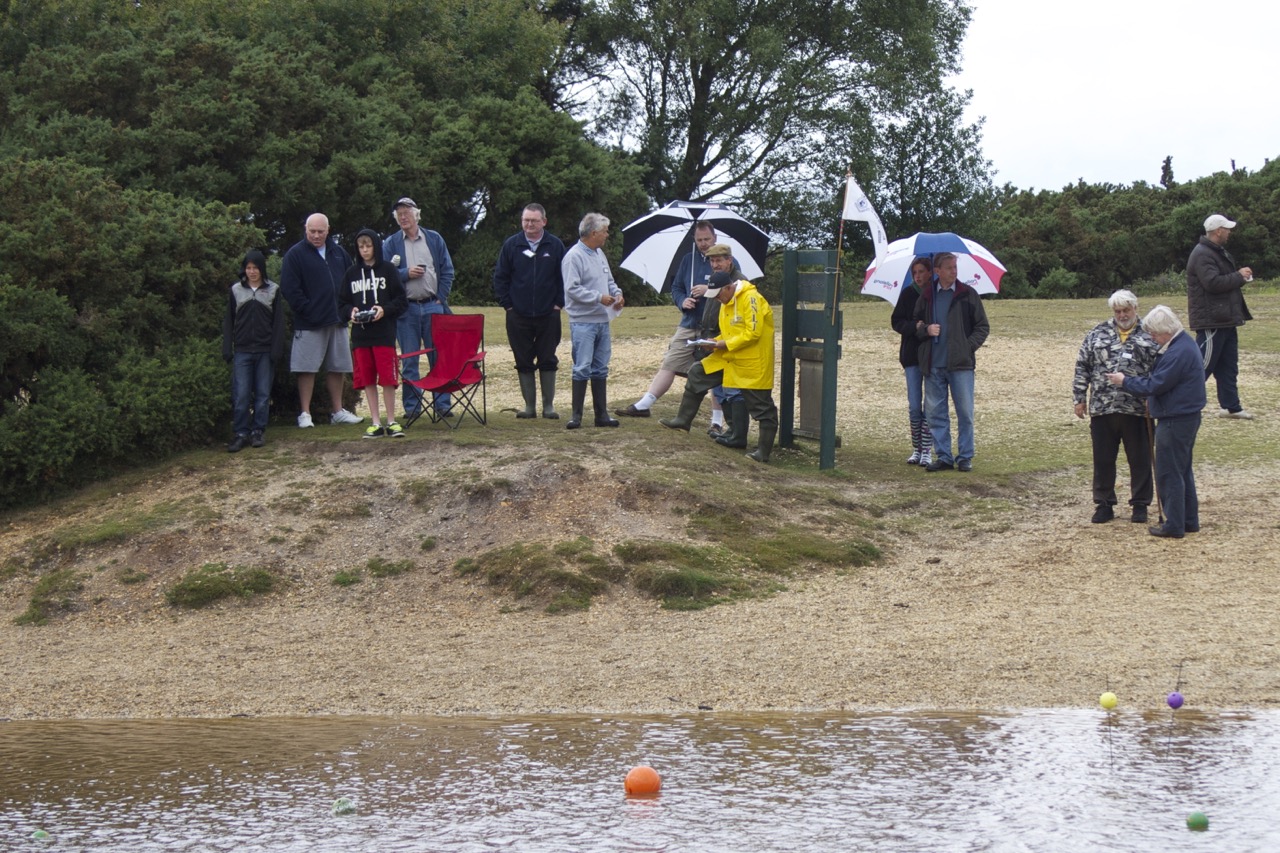 Parasols sheltered the audience from the hot July sun. 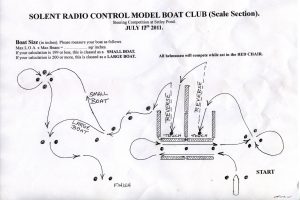 The Richard Graham Steering Competition Trophy for 2011 was won by Andy Griggs with a clear round. That everyone had to use the same boat and that the boat was Andy’s may have helped, but the victory was emphatic. Despite rain showers, strong winds and a rough pond, those participating had a very enjoyable time. The testing course was set by John Frost. 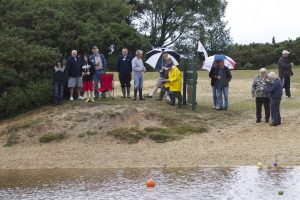 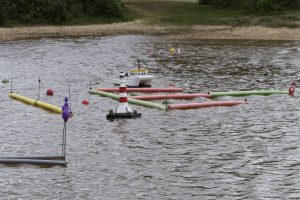 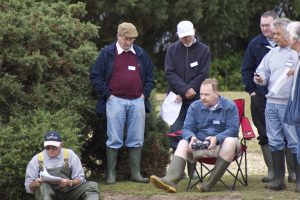 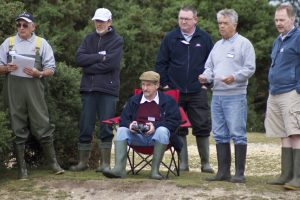 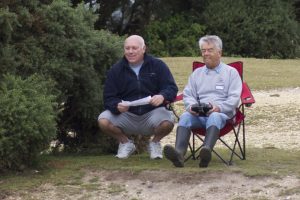 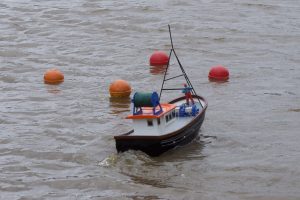 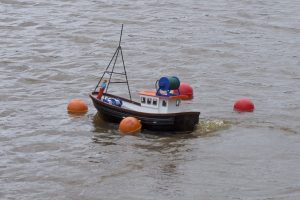 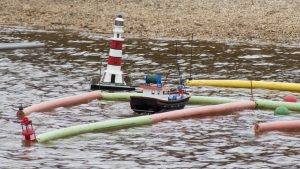 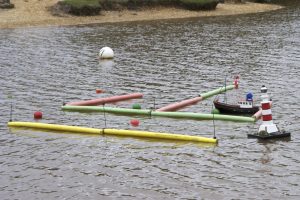 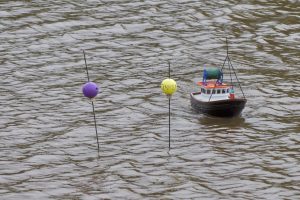 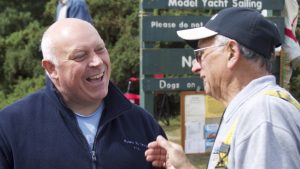 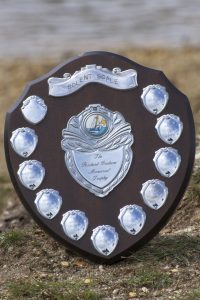