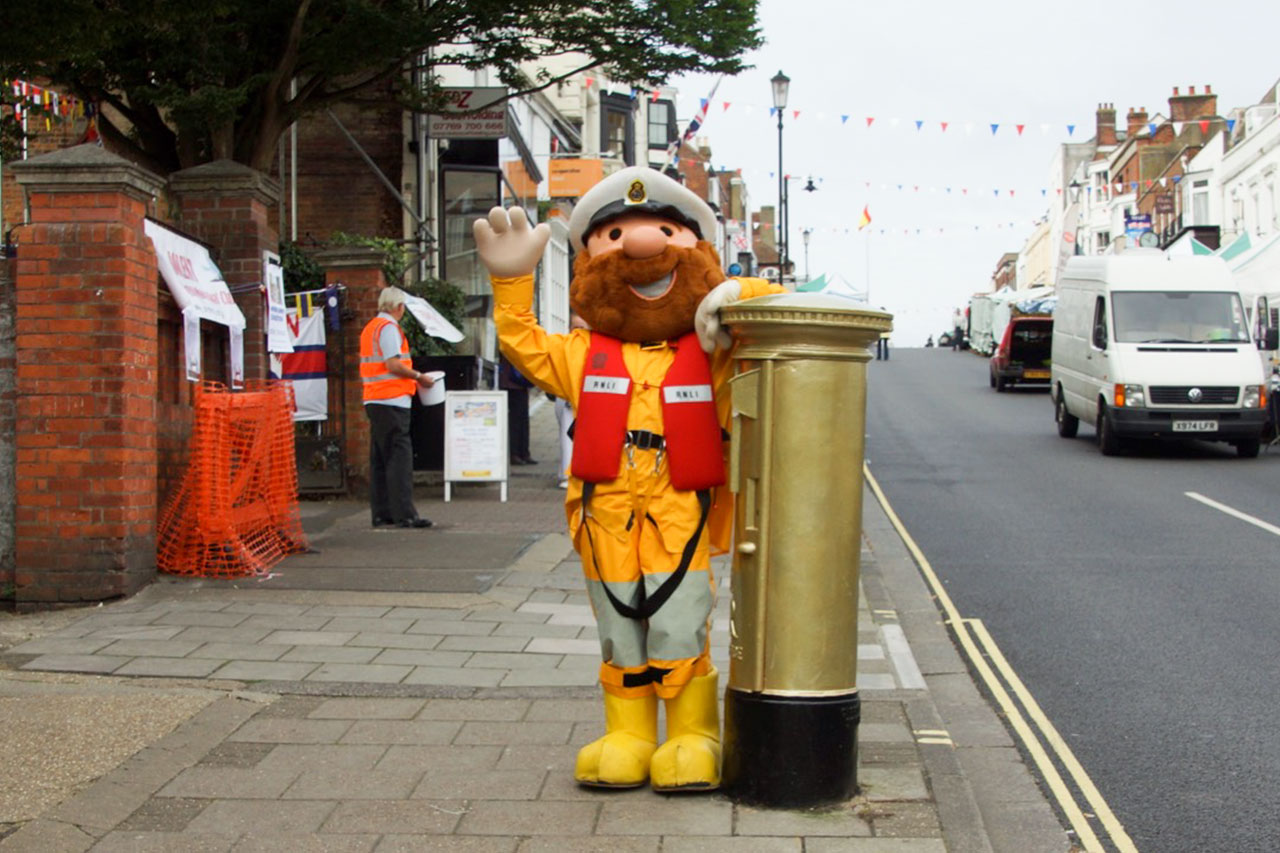 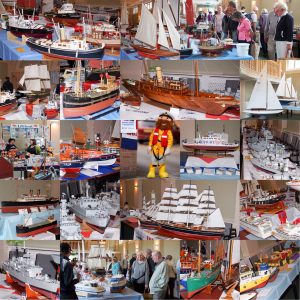 The 2012 show at the Masonic Hall on 1st September raised over £1000 in charity donations (including sponsorship by Wightlink and HSBC), with the profits from the sales on the Charity Stalls to be added on top of that total. Although photos were taken at the show, the lighting was poor, so a collage was made of the “best bits”!

Scale Captain David McNair -Taylor said after the event: “Special thanks to Lorna , Andrew, Shelley,Paul Nixon and Tug Wilson and to everyone who helped on the gate, the raffle selling ladies, to all those whom came and helped setting up and packing up. Thank you to The ‘RNLI’ and ‘H&IOW Air Ambulance’ for their support and the Masonic Hall staff for the cafe arrangements and help with hall access etc .” 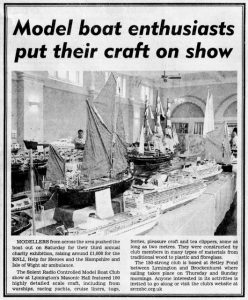 David is pictured above standing next to Ben Ainslie’s gold Pillar Box which is outside the entrance to the Masonic Hall. The Exhibition in September was featured in the New Milton Advertiser (8/9/2012). Over £1000 was raised and distributed between the various charities; click on the thumbnails to view two of the “thank you” letters received.